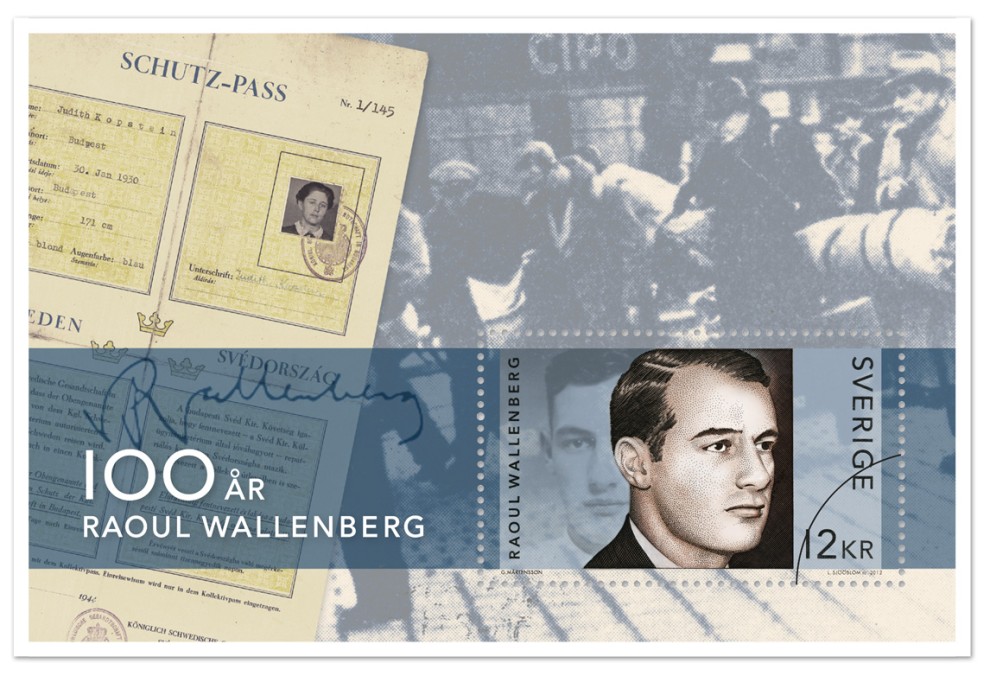 As an applied design teacher and philatelist, I’ve always appreciated the artwork on our stamps. When Canada Post announced that it was joining a number of countries in celebrating the 100th anniversary of Raoul Wallenberg’s birth with a commemorative stamp, I naturally ran to our community post office to check it out.

I noticed that the Canadian stamp, as well as a souvenir sheet issued by the Swedish Post Office incorporated the same Schutz Pass, the document issued by Roaul Wallenberg that literally spelled the difference between life and death for Jews in Hungary. And even though it was reproduced on a miniature canvas you could clearly see that this Schutz Pass included a small picture of a young girl, one of the fortunate Jews that Wallenberg was able to save from the Nazis.

More digging revealed that the mystery woman on the postage stamps was Judith Weiszmann — then Judith Kopstein, and fortuitously was still in good health. I determined that she was living in Winnipeg and was able to connect with her by phone. We talked and she told me that she only discovered that her document was used when presented with a booklet of the Canadian Wallenberg stamps by her daughter. As I was involved with Jewish cultural activities and Holocaust Education as a teacher at Merivale High School, I hoped that I could convince Judith to come to Ottawa to speak to our students. It seems that the moment was bashert. Judith had an important engagement to speak in Toronto the following week, but through the good offices of B’nai Brith Canada, was able to make a detour to the nation’s capital where she stayed with her long time friend Karen Ginsberg and her husband.

My wife and I met Judith at Ottawa’s International Airport, and were immediately taken by her elegance, warm personality and joie de vivre. Over lunch, she told us her amazing life story. Born and educated in Hungary, and a graduate of the Budapest Jewish Girls’ High School, she received a degree in structural engineering at the Budapest Technical University. She married Erwin Weiszmann, an engineer whose life was also saved by Raoul Wallenberg.

The Weiszmanns left Hungary in 1956, and settled in Winnipeg with their two children in 1962 and practiced professionally as Weiszmann and Associates for over 40 years. Judith was honoured by the Association of Professional Engineers of the Province of Manitoba in 1995 for her pioneering achievements in the field, and in 2009 was bestowed the title of FELLOW by Engineers Canada.

Andor Kopstein had worked for Raoul Wallenberg in Budapest. Judith met him on several occasions and witnessed his departure in 1945 with the Russians. Her father was possibly the last person to speak to the Swedish diplomat. Speculation is that Wallenberg died while in custody of the Soviets, but no conclusive evidence has ever emerged about his fate which remains one of the great mysteries following the Second World War.

To honour Judith, the school’s lecture theatre was decorated with enlarged copies of the Wallenberg stamp and a specially designed poster.

She spoke in the morning and insisted on delivering an afternoon session if there was interest. Word of mouth quickly spread and our lecture theater was again filled to capacity that afternoon. Over 250 secondary school students were able to hear Judith talk that day. She showed her Schutz pass and other documents signed by Wallenberg and her father. An information officer from the Swedish Embassy and a correspondent for the German Weltreporter family of newspapers also attended the presentation.

It was a remarkable experience for Merivale’s student body who will never forget her. After the formal presentation, the school’s Jewish Culture Club accompanied Judith to Raoul Wallenberg Park for a photo opportunity that she clearly enjoyed. 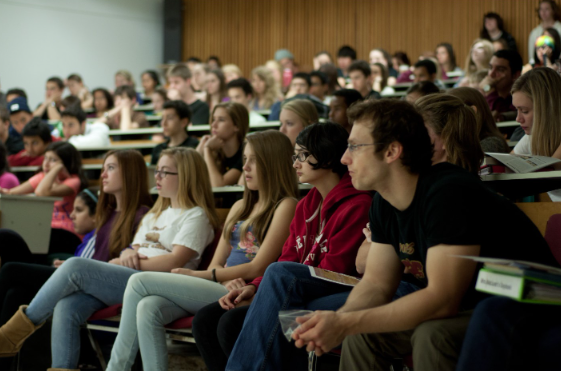 Judith’s message reinforced the school’s character education initiatives —to speak up when faced with injustice, to always be tolerant, and to stand up to those bullying others.

Weiszmann always considered Wallenberg to be the greatest humanitarian of the twentieth century. She was emphatic in telling our young people that the actions of one person can make a difference — and that Wallenberg was able to save 100,000 people from the concentration camps and gas chambers of Nazi Germany by his courage and bravery —and that she was living proof. She vowed to speak about human rights abuses in Wallenberg’s memory as long as she could do so. 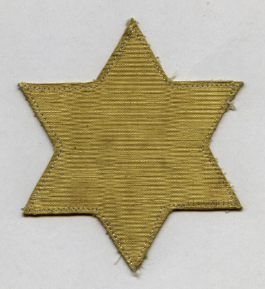 The Star of David worn by Judith in Budapest.

We kept in touch. Before she passed away in 2014, Judith was able to realize a lifelong dream — to visit Wallenberg’s birthplace in Sweden.

On this, the 110th anniversary of the birth of Raoul Wallenberg, my wife and I remember our friend. She believed that the only way to stop racism and intolerance is through education.