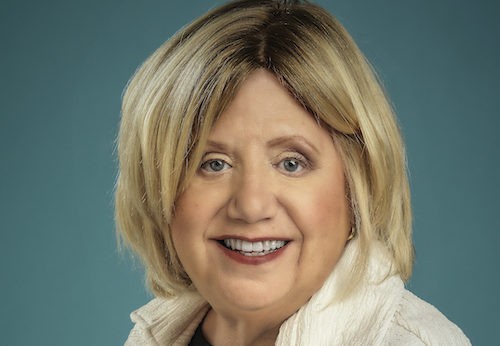 On July 19, 2014, Dan Markel, from Toronto, a brilliant Harvard-educated law professor, and father of two young boys, was murdered in his driveway in Tallahassee, Florida. In 2016, the first arrests were made in this murder-for-hire case. Two of the assailants were convicted of first-degree murder and are serving life sentences, with another turned state’s evidence in exchange for a reduced sentence. Currently awaiting trial is Charles Adelson, Dan’s former brother-in-law and the alleged architect of his murder.

Jewish Federation of Ottawa CEO Andrea Freedman recently sat down with Dan’s mother Ruth Markel, author of a book entitled “The Unveiling” about the process of grief, trial life, and specifically the Jewish aspects of the book. The title is a reference to the Jewish ceremony of formally consecrating a tombstone, called the “unveiling,” which takes place during the first year after death.

When asked to describe Dan, Ruth deemphasized his international acclaim as an academic and instead explained what a fabulous and proud dad he was to his two young boys. He would go to their non-denominational daycare and read all the children's stories about Jewish holidays so that all children could learn together. His living room was festooned with the boy’s artwork, proudly displayed for all to see.

Ruth also emphasized how Dan made the time for genuine connections all over the world, never missing a birthday or milestone event in the lives of his seemingly “One hundred best friends.”

Ruth has said that the book is the “story of her personal life sentence.”

“To date, the writing of the book has not yet allowed me to work through my grief because of the trial life,” she said. “You are continuously going up and down. You reopen the wounds of the grief constantly, it's like living on a rollercoaster.

“Grief has been described by the founder of Mothers Against Drunk Driving as the beginning, the middle, and the rest of your life, and violent death does not allow the grief process to settle in a normal way or for some semblance of balance. The book was not cathartic, but advocacy is therapeutic. The feelings of accomplishments from the advocacy work add a bit of a balance.”

That process is why the Markel Act, passed on June 24, 2022, is so important. Specifically, the bill says that grandparents can petition courts for visitation with their grandchildren where the living parent was found culpable by a criminal or civil court for the other parent’s death.

“It creates a momentum that grandparents are important,” said Ruth.

The Markel Act creates a powerful disincentive for families to see murder as a workable solution to custody disputes, as was the case in Dan’s murder.

“This story has been sensationalized and people can get caught up in it, but nobody knows about the suffering behind the scenes,” said Ruth about her book and its title. “Parents going through trials have no clue what to expect from the justice system. There is no guidebook for these experiences.”

With ‘The Unveiling,’ Ruth aims to provide guidance and also give a voice to this suffering. For her, the actual period of the unveiling, when the headstone was first installed, was her deepest moments of grief, as there was a “stark realization of the finality of death.” For Ruth, “the ritual allowed her to help face loss and death realistically, and affirm a commitment to life and living.”

For Ruth, writing the book helped fill a void and added meaning.

“None of us have the same formula for grieving,” she said. Ruth became familiar with the rituals related to mourning at a young age after her father died when she was just nine years old.

“The structure of mourning helps you get through the grief. My quietest moments of solitude are going to the cemetery.”

Ruth said “faith can be defined in different ways,” and her activism and leadership come directly from her Jewish background. She deeply values the collective and community. It is also a way of honouring Dan who valued Jewish rituals.

“He established Shabbat no matter where he was in the world, whether it was Hungary, Israel, Tallahassee or Toronto,” said Ruth. “Those are beautiful memories to remember him by.”

Charles Adelson will be on trial early in 2023 and was recently denied bail. Katherine Magbanua just appealed her life sentence for being the go-between for the Adelson family and the hired hitmen (Luis Rivera and Sigfredo Garcia)..

“There is no end to the grief,” said Ruth. “Your life becomes scheduled around trial life. With every trial and sentencing, there is a responsibility to write a victim impact statement and it opens up all the wounds all over again.”

A life sentence of grief prompted a loving and devoted mother to become a tireless advocate for justice, deeply rooted in Jewish values.

To order Ruth Markel's newest book.
To better understand the case and for updates.

I volunteered to write this piece owing to a strong personal connection, as Ruth and Phil Markel are my brother’s in-laws and I have known them for more than 25 years.
— Andrea Freedman