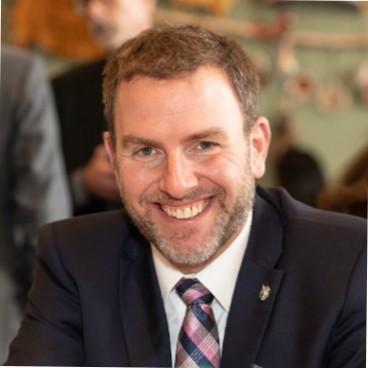 If I were to sum up the 2021 Federal election in one word it would be: beige.

Elections matter. At 62.2 per cent participation, the 2021 Federal Election saw the fourth-lowest voter turnout in the past hundred years, demonstrating that, while elections matter, many Canadians were uninterested in going to the ballot box following a short, summer campaign during a pandemic.

I offer three specific observations and two takeaways from a general perspective on the 2021 Federal Election.

From a Jewish community perspective

This was a relatively sleepy election and, as such, domestic, kitchen-table issues were centre-stage. The COVID-19 recovery and the election itself dominated headlines. Issues of specific interest to the Jewish community, such as combating antisemitism and supporting Israel, were not loud in the national conversation. However, there were important policy developments in the form of a renewed commitment from the Liberals, Conservatives, and New Democrats to combat antisemitism and hatred. The Liberals, Conservatives, Bloc Québécois, New Democrats, and the Greens condemned antisemitism during the election campaign. In addition, two New Democratic candidates ended their campaigns following revelations of antisemitic social media posts.

Second, vocal opponents of Israel have made headway into some areas of the political left. The New Democratic Party’s platform included a policy to suspend weapon sales to Israel, a development that stemmed from a motion at their 2021 Federal Convention.

Third, antisemitism is a clear and present danger, and it was felt during this election campaign. In many races, local candidates, including Jewish candidates, had election signs defaced with swastikas. We know from experience that online hate can translate into real-world violence, and the main vector of antisemitism is online. The Liberals have pledged to introduce legislation to combat online harms in the first one hundred days of office and, shortly after the election, at the International Forum on Combating Antisemitism in Malmo, Sweden, Prime Minister Trudeau re-committed to legislation to tackle online harms.

Along with the Prime Minister, Ambassador Stéphane Dion, and Special Envoy Irwin Cotler, I was honoured to attend the International Forum in Malmo as a part of the Canadian delegation. Although after the election, also noteworthy is that, in Malmo, the Prime Minister also reiterated his support for the IHRA definition of antisemitism and announced that the Office of the Special Envoy on Holocaust Remembrance and Combating Antisemitism would be made permanent and supported with an appropriate budget. This decision follows advocacy efforts advanced by CIJA.

The election result demonstrated that, overall, Canadians were fine with politics continuing as they were. While some seats changed hands here and there, there was no drastic change to the seat count of the previous parliament.

Second, there was no clear winner in this election. Without mentioning the word majority, the Liberals sought a majority government. They won a minority. The Conservatives sought to form government, and they remain in opposition. Although the New Democrats spent approximately twice the money this time as last, they gained only one seat and were shut out of Toronto. The Bloc set expectations during the campaign of capturing forty seats and, on election day, won just thirty-two – fewer than the Liberal Party in Quebec. The Green Party saw its vote share fall to the lowest in twenty-one years.

The people were provided an opportunity to speak. But what did they say? It’s business as usual for now. But, with a repeat minority government, what’s clear is that the electorate is watching. Carefully.