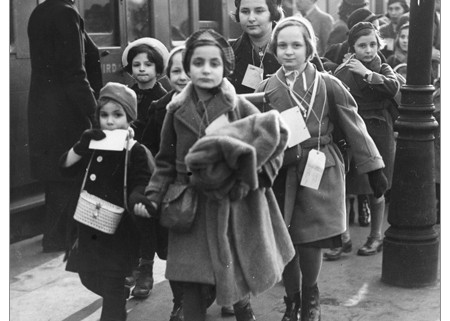 Imagine that you are the child bravely saying, “Good-bye, Mommy. Good-bye, Daddy,” not knowing when you would see them again. Imagine that you are the parent saying goodbye to the child, not knowing if you would see them again. That was the plight of more than 10,000 Jewish parents who entrusted their children into the hands of Sir Nicholas Winton and other rescuers and their teams.

This operation, which came to be known as the Kindertransport, began in December 1938, nine months before the outbreak of the Second World War, and ended in May 1940. Sanctioned by the British government, the Kindertransport saved Jewish children living in Germany, Austria, and Czechoslovakia and offered them refuge in the United Kingdom. Unfortunately, this rescue operation could not be extended to the parents, many of whom would perish in the Holocaust.

The Kindertransport operation is being commemorated in Ottawa with the For the Child/Für das Kind exhibit at City Hall, which opened on Oct. 17 and runs until the 31.

Timely and relevant, the exhibit provides a powerful connection to today’s reality by exploring what it means to be a refugee, an experience shared by many newcomers to Ottawa. It provides powerful connections to ongoing issues which people today, and especially students, will undoubtedly recognize, including the lived experience and impact of being a refugee and the damning consequences of antisemitism and discrimination.

The exhibit, organized by the Vienna Memorial Museum, is presented in cooperation with the Embassy of Austria and the British High Commission and with the assistance of Mayor Jim Watson. Included are 30 photographs of objects the children took with them on their journey over 80 years ago. Each shows an original suitcase containing objects carried by a child as they travelled into an unknown future. In many instances, the objects represent the last physical contact a child had with their parents*.

While public awareness of the Kindertransport has grown, especially as the courageous efforts of people like Sir Nicholas Winton have come to light, the impact on the children themselves has only recently been explored.

Ottawa resident, Shelli Kimmel, explains how her mother, Annemarie, who lived in Vienna, Austria, was fortunate to have been saved through the Kindertransport.

Kimmel recounts what her grandmother, Elsa, who was later murdered by the Nazis, wrote in a final letter to her daughter: “You were the best child and you have done for me all you could do. In the year 1939, only a few days prevented me from being with you.”

It is heartbreaking to think how close Elsa came to escaping. Kimmel poignantly describes how, as she was growing up, Annemarie never spoke of her departure from Vienna, what it meant to her, or how she felt about it. Kimmel has always wondered whether her mother did not want to burden her children with her past, or was she desperately trying to forget it? 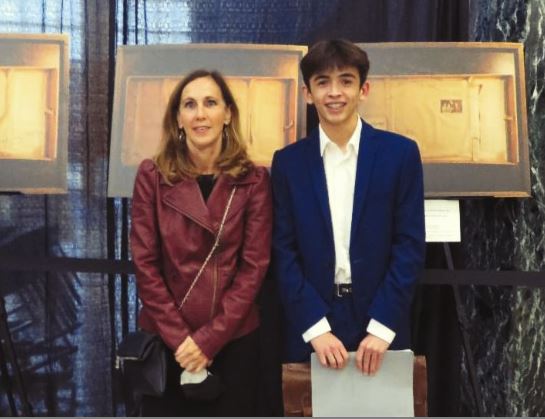 Phil Emberley is the son of Kindertransport survivor Dieter Werner Eger, who was born in Frankfurt am Main, Germany. Emberley says: “I would strongly encourage you to explore this exhibit. The story is both uplifting and heartbreaking, as many of these children would never be reunited with their parents; at the same time, many went on to lead extraordinary lives. There are many parallels to current events, wherein innocent children have been displaced due to war.”

The Ottawa-based Centre for Holocaust Education and Scholarship (CHES) develops educational programs that promote knowledge and understanding of the history and legacy of the Holocaust. The Centre recently prepared a free lesson plan for Ottawa educators that links students learning about the Holocaust and anti-racist education to the exhibit. Educators are encouraged to bring their students to the exhibit. Admission is free during normal operating hours at City Hall. 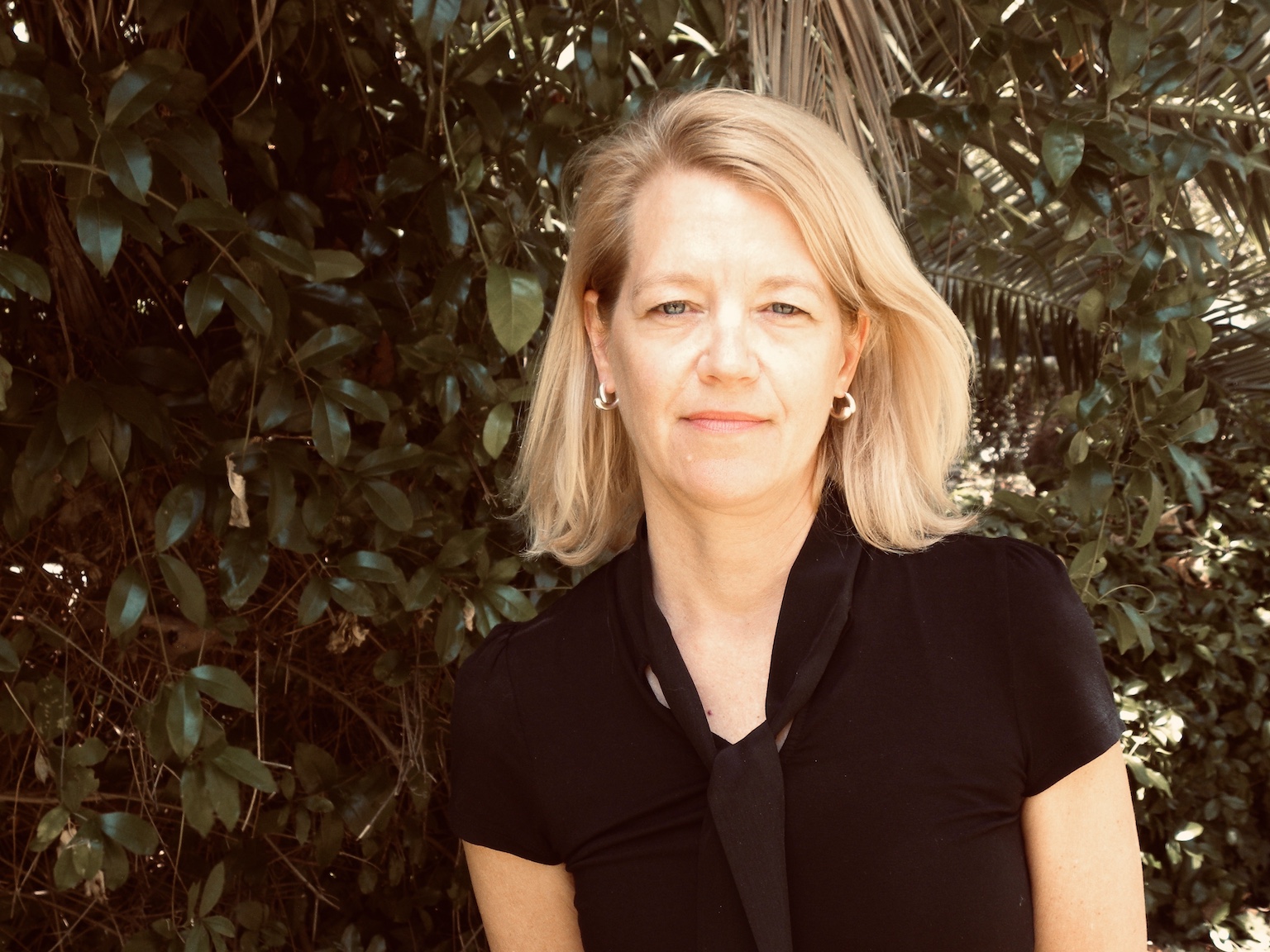 Hear from Dr. Wendy Lower about her recent book The Ravine: A Family, a Photograph, a Holocaust Massacre Revealed. Her captivating presentation and research are based on a single photograph. In 2009, a librarian at the United States Holocaust Memorial Museum handed Dr. Lower a photo that would lead her on a 10-year investigative journey. The photographer had captured a horrific moment in time: a woman wearing a polka-dot dress is being shot. She is bent at the waist while leaning over what appears to be a ravine. Kneeling beside her and still holding her hand is a young child. Another child, partially obscured by her dress, is on her far side. She is flanked by German soldiers and Ukrainian militia who are literally pointing the smoking guns. This rare snapshot was dated October 1941.

The Ravine provides unique contributions to our understanding of the Holocaust, the role of collaborators, and photographic documentation. Dr. Wendy Lower is an American historian of WWII and the Shoah and the award-winning author of Hitler’s Furies German Women in the Nazi Killing Fields. An overview of Ukraine and the Shoah will be delivered by Professor Jan Grabowski, a history professor at the University of Ottawa. 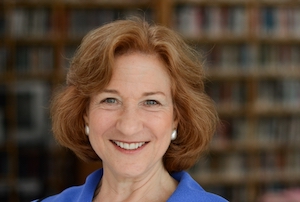 Beyond the ink on a page, a handwritten letter tells a story of its own. Letters are a very personal historical record. CHES presents renowned Holocaust historian and author, Dr. Deborah Dwork and trailblazing writer Rachael Cerrotti, who is currently the inaugural storyteller in residence for USC Shoah Foundation.  They will discuss how family letters inspire and inform their recent works.

Listening to survival stories from her aunt and uncle, led Dr. Dwork to her work as a historian and writer. In Holding on Through Letters: Jewish Families during the Holocaust, Dwork focuses on the ways that Jewish families in Nazi Europe tried to hold onto each other through letters under wartime conditions. Letters, which were censored and often could not be sent between countries at war with each other, somehow became threads stitching loved ones into each other’s constantly changing daily lives.

“What do our family stories mean for us, and what have we learned from past generations?” Rachael Cerrotti explores these questions and more in her podcast and book We Share the Same Sky. The granddaughter of a survivor from Czechoslovakia, Cerotti spent her twenties documenting and retracing her grandmother’s journey of statelessness and survival.  Part memoir, part testimony, and a dynamic example of intergenerational narrative, We Share the Same Sky was the first-ever narrative podcast based on a Holocaust survivor’s testimony. 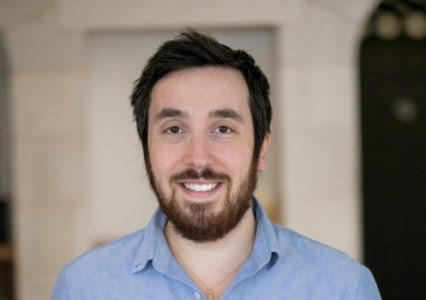 CHES will host its annual Teachers’ Workshop for educators in all Ottawa school boards and throughout Ontario free of charge. Back by popular demand, Avi Posen of Unpacked for Educators will host and facilitate the workshop which will examine the facts and language of antisemitism and suggests ways for teachers to recognize discrimination. It will touch on strategies to diffuse situations of escalation and provide tools for engaging in difficult conversations in the classroom and with colleagues. Creating safe spaces is CHES’ goal for all students, with Jewish students a priority.

Other community events marking HEM – For more on events, please check the community calendar at www.JewishOttawa.com

The new play explores hidden stories of the Holocaust with sharp comedy. Opening on Kristallnacht and just one day before Remembrance Day, Forever Young: A Ghetto Story explores untold histories of the Holocaust and the Warsaw Ghetto Uprising. Following three young residents of Warsaw’s Jewish Ghetto in 1943 - at the height of the Second World War - this third-generation Holocaust story uses humour to engage the audience in a story of occupation, revolution, and betrayal.

A pre-show discussion will take place in the theatre lobby on Wednesday, November 9 at 6 pm, featuring special guest Rabbi Elizabeth Bolton. This event is free for the public – you do not have to be attending that night’s performance.  Tickets: gctc.ca or at the box office.

Lecture & Concert Event: Grammy-nominated singer-songwriter Psoy Korolenko (Dartmouth) and historian Anna Shternshis (University of Toronto) bring to life long-lost Yiddish songs of World War II in this concert and lecture program. Collected by Moisei Beregovsky and others of the Kiev Cabinet for Jewish Culture, these songs were confiscated and hidden by the Soviet government in 1949. None of these songs was known until accidentally discovered in the Ukrainian National Library in the 1990s. The lecture/concert gives voice to Soviet Jewish women, children, and men who never got to tell their stories, but left us their incredible songs.

This Holocaust Education Month, Jewish Federation of Ottawa's Shoah Committee is showcasing "Pink Triangle Legacies: Coming out of the Shadows of the Holocaust", the latest book by Dr. Jake Newsome. This crucial work charts the historical transformation of the pink triangle from a symbol in Nazi concentration camps to an emblem of queer liberation and pride and gives voice to the experiences of LGBTQ+ Holocaust survivors.
Register here.

Hosted by Max and Tessie Zelikovitz Centre for Jewish Studies, Carleton University. Please register to receive your link to the Zoom meeting.
Email to register.