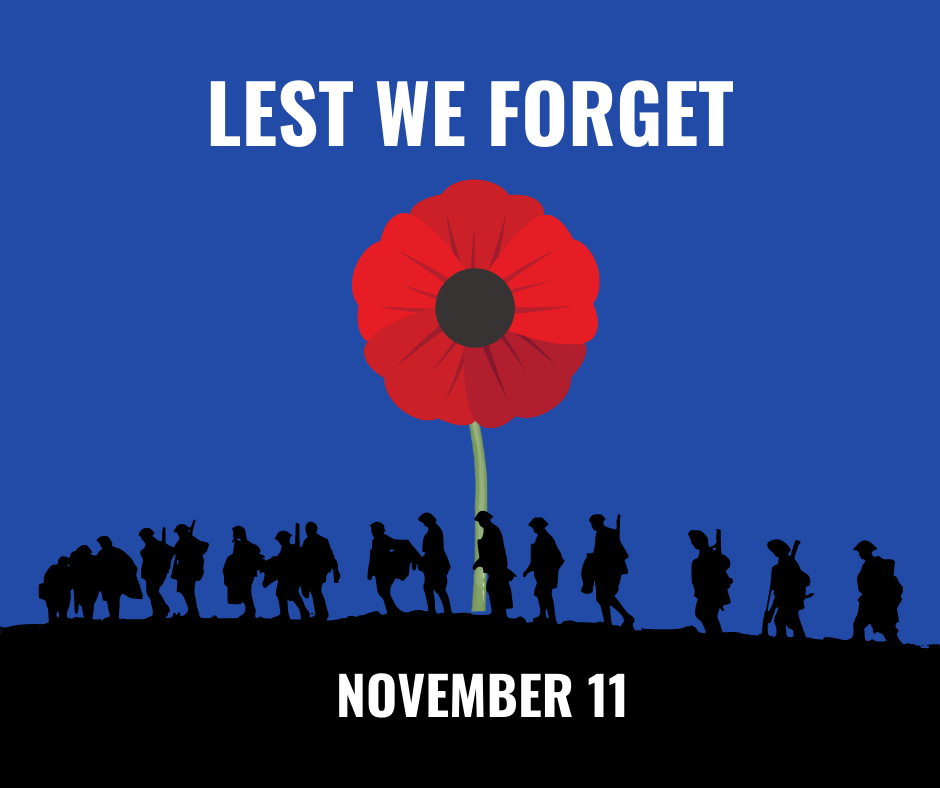 Thursday, November 11, will mark the high point in the annual ceremonies that honour the tens of thousands of Canadians who lost their lives in national military service. Remembrance Day first began in 1919, at a time when Canada and other allied countries were dealing with the grief of so many deaths and casualties from the First World War. The date of remembrance was proclaimed by King George V, echoing the moment of cease fire that stopped that horrid war -  the 11th hour of the 11th day of the 11th month.

The importance of Remembrance Day grew and grew after the end of the Second World War, in 1945. And since then, those who have died in military service for Canada, whether in peacekeeping operations or in other conflicts, are jointly honoured together on this single day.
This public moment of memory observed by an entire community is a ritual well-known to us, as Jews. On each of our major holidays – Pesach, Shavuot, and Sukkoth – as well as on our Day of Atonement, Yom Kippur, we recite together the Yizkor prayer for family and community members who have died. Individual Jews also recite Kaddish for their family losses during the year. It is so much our tradition to say these memorial prayers in public, joined together in a minyan, sharing with the congregation our words of grief and our belief in the holiness of life.
I think of Remembrance Day as a type of community yizkor by the people of Canada. At war memorials in every town and city across the land, and especially here in Ottawa at the national cenotaph, people gather to remember and hear words of condolence and confidence. In schools across the land, teachers and students strive to explain the enormity of past sacrifices. And in our synagogues, or in places of worship for other religions, people voice solemn appreciation for what was done by previous generations.
Jews across Canada served with distinction in Canada’s army, navy and air force. During the Second World War, 16,400 Jewish men and nearly 300 Jewish women joined the armed forces, mainly as volunteers. They were part of an extraordinary national effort by all Canadians. During the five years of the Second World War, this country created the world’s fourth largest air force, and the world’s fifth largest navy. Canada’s contributions are known by a simple phrase: ‘ordinary people doing extraordinary things’.
And here in Ottawa, what about our Jewish community? The scale of commitment by individuals and Jewish organizations was simply astounding.
I urge each of you to visit the lobby of Kehillat Beth Israel and study the memorial plaques on the northern wall. Read the names of members from our founding synagogues who served in the war against Nazism and fascism. And then read more slowly, more carefully, the names of those who died to save our democratic world. Note them carefully, because so many came from local families that we still know well.
The Second World War ended victorious. Veterans soon returned to their homes from Europe and from Asia. In our Canadian way, these veterans were demobilized and became civilians, because we are not a country that maintains a large army, or navy, or air force. In our Canadian way we do not boast about military deeds. But on November 11, we will remember - and we will give these citizen soldiers the great honour they deserve.
For those who wish to recite it, the traditional prayer in memory of all who have served and have now died is the El Ma’ale Rachamim – God who is full of compassion. The text is in all siddurs (prayer books) or here is an online version.
- Victor Rabinovitch is the President of Kehillat Beth Israel synagogue in Ottawa. He was formerly President of the Canadian Museum of History, which includes the Canadian War Museum.
Share