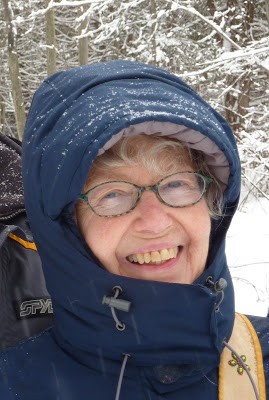 During the days of the ancient Temple, officiating priests had to be of “unblemished body.” I suggest that we Jews have a large body of tradition to confront if we are to move to an inclusive community. I look specifically at hearing impairment as I have been an advocate and activist on the issue for over 30 years.

Hearing impairment is an invisible disability. The public knows that people in wheelchairs need accommodations. They see a person with a white cane and know that the person is visually impaired. But we hearing impaired folks don’t stand out. That means that we are often an afterthought in making accommodations.

The hearing impaired include people who are born deaf, those who lost their hearing after learning to speak, and people like myself, who have hearing loss. I wear hearing aids and manage fairly well. Without my aids, I live in the world of the deaf. Please note that my beloved aids do not restore normal hearing. They help. I manage listening situations by positioning myself to look at the face of the speaker. If someone throws a remark over her shoulder while walking away, I miss it. I also have problems in some classrooms, theatres and auditoriums and will discuss this later.

Historically, Jewish tradition has excused certain groups from mitzvot (Mishnah in Hagigah 1.1). Those excused are the deaf, mentally confused, women and minors. Since most who are born deaf have limited speech, the ancients believed that deaf people could not understand. This is far from the truth.

Being excused from a mitzvah means a deaf person could not count in making up a minyan, could not lead grace after meals, or act as a witness in legal proceedings (Tosefta Shevuot 3:6). Today, we strive for inclusion of everyone. For that reason, the exclusion of the mentally confused and women deserve their own platform. Space does not allow that important discussion in this article. There seems to be a crossover in traditional thinking between the deaf and the mentally confused.

In the 19th century, serious education was developed for the deaf, which led traditionalists to realize the deaf do indeed have understanding. As with most changes in law, equal standing for the deaf was not immediately achieved. Bit by bit things improved. On May 24, 2011, the Committee on Jewish Law and Standards, which speaks for the Rabbinical Assembly of the Conservative movement, ruled “the deaf are of the same ability as those without disabilities... The categorization of the deaf as mentally incapacitated is to be revoked, and they are to be considered completely lucid.”

My own campaign to get assistive listening devices (ALD) into classrooms, theatres and auditoriums has been full of starts and stops. Because the systems cost money, they are sometimes seen as a frill. In fact, their cost is well under the cost of most other interior improvements, such as elevators. An example of starts and stops is the City of Ottawa. After advocacy by the Canadian Hard of Hearing Association, an ALD was installed at City Hall. So far so good – but I recently attended a program at the city building in Centrepointe. Staff had arranged for the ALD but it did not work with the microphone used by the speakers. I got very little from the program. Sometimes organizations will get a system but not keep it in repair. My own shul, Adath Shalom, although small, has an ALD and is conscientious about its working condition. I am happy that Soloway Jewish Community Centre has a system that works in the large social hall. However, sessions in the smaller rooms are not equipped for hearing accessibility.

Maybe you think that I’m a complainer. Please note that most people over age 65 develop some hearing loss. It might be a good idea to make our community hearing accessible before you need it.