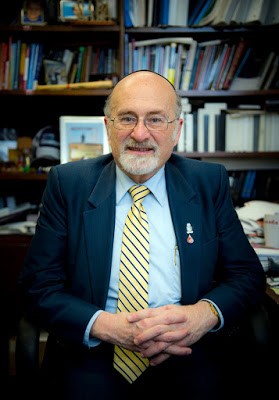 Who is included? That is the question.

It is not a new question. It is a question that goes back thousands of years.

Ironically, it was a question posed by Pharaoh to Moses. When Moses demanded that he, Pharaoh, release the Children of Israel from bondage to freedom, Pharaoh asked, “Who exactly is going?” In other words, who is included (in your demand)?

Moses gave an answer that resonates for the ages. He responded: “With our young ones and our elders we will go; with our sons and our daughters.” (Exodus, 10:9)

Put bluntly, no one will be left behind. Everyone is included.

Perhaps this relates to the “intelligence” he had gathered, or the dirty tricks that Pharaoh engineered in Egypt, creating and supporting an anti-Moses group among the Israelites to undermine the effort to extricate the Israelites from bondage.

It is likely that Pharaoh was stunned by Moses’ response. Everyone, even those who opposed him, even undermined him, was part of the exit strategy. Whether they would want to leave was another matter, but as far as Moses was concerned, everyone counted, everyone mattered, everyone was welcome to join, be it Israelite friend or Israelite foe.

Pharaoh’s surprise related to how he would have reacted were he in Moses’ position. He would not have wanted adversaries coming along. If anything, he would have eliminated them. But that was not the way of Moses. Moses was an inclusivist.

And the bar of who exactly was included was very clear to him. Everyone who wanted to join, everyone in the community of Israel who wanted to align their destiny with the Children of Israel, was welcome.

Of course, inclusion then had a different connotation than it does now. Then it meant young and old, male and female, allies and adversaries.

Today, inclusion connotes all of the above, plus. It includes all those who in our incessant embrace of “progress” might be left behind, or given less attention, or not have needs addressed, among other reasons for neglect.

Think for a moment about the “inclusion” response of Moses. As a leader of a large community, he had to be concerned about elementary logistics. People in their most energetic years did not pose a problem. But the young who were not yet walking and the elderly who could no longer walk could be a problem.

One way or another, these groups were sure to slow down the movement of the group toward their destination. An argument could have been made at least regarding the elderly that it would be better for the totality if the elderly were left behind. There would be less health related worries, less concerns about the burdens of the extra care they would need.

If the community leaving Egypt was not a caring community, it would by definition be a community of compromised values, less than a noble and deserving community.

In other words, by his response, Moses was telling Pharaoh, and all of us, then and now, that a community in which any segment is left out is a deficient community.

There is another significant difference between then and now. Then, it was a matter who was joining the Exodus. Now, it is a question who exactly do we care about, and for? We care about family, we care about friends, and we surely should care about those who need our care and concern. It is we who need to make sure that those who doubt if they are welcome are made to feel welcome. That process starts in the head and in the heart, and then branches out into real life, and tangible, meaningful action.