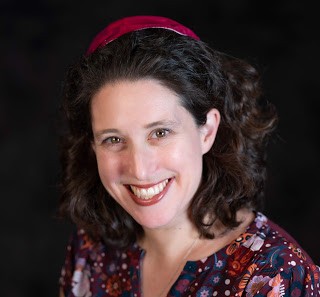 We have just passed a turning point in the Jewish calendar. Last week, July 29/30, marked Tisha B’Av, the sombre holiday that mourns the destruction of the First and Second Temples and other tragedies that have befallen the Jewish people. Last year in a piece that I wrote for ReformJudaism.org, I noted how the rabbis teach that the Second Temple was destroyed because of sinat chinam, or baseless hatred (BT Yoma 9b:8).

Earlier on in the Talmud, though, there is another debate among the rabbis as to why Jerusalem (the Temple) was destroyed (in BY Shabbat 119B:8-11). According to Rabbi Hamnuna, Jerusalem was destroyed only because schoolchildren there were interrupted from studying (Torah). A couple of paragraphs down a number of sages are cited regarding the importance of educating our children, referring to them as God’s “anointed ones” (citing Chronicles) and comparing them to monarchs and priests. Reish Lakish, in the name of Rabbi Yehuda Nesia, goes so far to say that “One may not interrupt schoolchildren (from studying Torah), even in order to build the Temple” (אֵין מְבַטְּלִין תִּינוֹקוֹת שֶׁל בֵּית רַבָּן אֲפִילּוּ לְבִנְיַן בֵּית הַמִּקְדָּשׁ).

Rav Yehuda said that Rav said: What is the meaning of that which is written: “Do not touch My anointed ones and do My prophets no harm” (I Chronicles 16:22)? “Do not touch My anointed ones,” these are the schoolchildren, who are as precious and important as kings and priests (Maharsha); “and do not harm My prophets,” these are Torah scholars. Reish Lakish said in the name of Rabbi Yehuda Nesia: The world only exists because of the breath, i.e., reciting Torah, of schoolchildren. Rav Pappa said to Abaye: My Torah study and yours, what is its status? Why is the Torah study of adults worth less? He said to him: The breath of adults, which is tainted by sin, is not similar to the breath of children, which is not tainted by sin. And Reish Lakish said in the name of Rabbi Yehuda Nesia: One may not interrupt schoolchildren from studying Torah, even in order to build the Temple. And Reish Lakish said to Rabbi Yehuda Nesia: I have received from my ancestors, and some say that he said to him: I have received from your ancestors as follows: Any city in which there are no schoolchildren studying Torah, they destroy it. Ravina said: They leave it desolate.

Wow. In other words, children are understood to be the future of the Jewish people and of society writ large. The meaningful education of children takes precedence over all else, even rebuilding the Temple itself.  As a parent of two young school-aged children who muddled through the spring (along with millions of others around the world), these passages struck a chord for me.

As we turn from Tisha B’Av and look towards the month of Elul, we enter a period of deep teshuva, a period of reconciliation and renewal, where we prepare for Rosh Hashanah and reflect on how we want to be our best selves in the year to come.

This period corresponds with the transition from July to August to September, from midsummer heatwaves to imagining what back to school might look like as we see COVID-19 case numbers creeping up in Ottawa.

Since the pandemic hit Canada with full force in March, all levels of government have by and large worked together to enable Canadians to weather the storm. As we have moved into greater stages of reopening, there has been an understandable focus on restarting the economy. It is my hope that we as a society emphasize the import of quality education for our children as much as the rabbis of the Talmud do.

Indeed, as set out the Talmud, teaching and learning is at the heart of society; a city is only really alive if there are children studying in it. This year, in the midst of the pandemic, I imagine that this would mean doing all that is possible to invest in and ensure the safety and security of teachers and support staff and students in a way that enables meaningful learning.

Only then will we truly be able to rebuild.