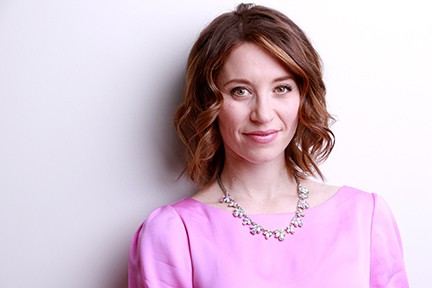 Of all the places my toddler could have witnessed violence for the first time, it had to be an Ottawa bagel place.

My husband and I were having brunch with our three-year-old daughter and nine-month-old baby on a weekend morning when a fight broke out between two men just a few feet from us.

A father sitting with his wife and kids was telling a man at the next table to leave his kids alone. There was an obvious racial undertone to the situation and it escalated fast.

The next thing we knew, the father jumped from his seat and grabbed a metal chair, ready to swing it at the other man. My daughters were right behind his target, and right in the path of his unlikely weapon.

The next few moments seemed to happen in slow motion. My baby let out a screech I had never heard before as my husband and I both sprang to our feet. He put himself between the dad with the chair and the other man, while I grabbed the girls and ran for a safe corner of the restaurant. At the same time, another man tackled the father from behind. He fell backwards, dropping the chair with a loud crash and smashing into shelves lined with glass pickle jars. They shattered all over the floor.

Everyone in the restaurant held their breath as the altercation moved outside.

As police arrived, my daughter tried to process what she had just seen as I tried to process how close my family came to being hurt. She was understandably upset and I was on the verge of tears.

For the first time since becoming a parent, I had to explain to my little girl that there are bad people in the world, and sometimes even good people make very bad choices.

For the next few days she continued to relive the incident, asking questions and wondering why it happened. One evening her behaviour was more aggressive than usual. We gave her teachers a heads-up in case she was out of sorts at daycare.

How do we help our children through situations where they witness hatred and violence?

Inevitably, no matter how hard we try to shield them, this will happen at some point. They need strategies to help them properly compartmentalize awful events.

The Internet is, of course, full of great suggestions. But I also enlisted the help of my mother-in-law who taught for years at a Toronto school where violence was sadly commonplace for many of the kids. She gave us strategies that really worked, so I thought I would share some here.

The first is to give our children room to talk about their fears without interrupting. That means not imposing our version of events on them if their recollection is not the same. Through talking to my daughter, I realized she experienced the incident very differently than I did. That was really eye-opening for me.

I also learned that it’s OK to let her know I was scared, too. We instinctively want to be brave and strong in front of our kids, but seeing that mommy and daddy were also affected helped her realize it was OK to feel whatever she was feeling. At the same time, we reminded her that no matter what, we would always do everything we can to keep her and her sister safe.

Taking the advice of the mother of the late children’s television host Mr. Rogers, we told her to “look for the helpers” (https://tinyurl.com/ycp7wx5m). In this case, the men (including her own dad) who intervened to stop the fighting, the woman who put her arms around us as we huddled in the corner, the police officer who gave the father with the chair a “time out” and made sure everyone was all right, and the nice employees who came around with chocolate chip bagels after the fact to cheer everyone up.

Within a few days she seemed to be over it, the memory hopefully parked near the back of her mind.

As a former journalist and news junkie, I always listen to the news in the car. If a disturbing story comes on and my toddler is in the backseat, I turn it off or change the station. I will continue to do that, but I know I won’t be able to protect her from the dark side of this world for long. At least now I’ve thought about how to begin to explain the unexplainable.

Though I hope I don’t have to do that again for a long, long time.