Community member and hockey aficionado Irv Osterer shares the unusual tale of how a Jewish Olympian, who’s first international hockey experience was in Ottawa, ended up playing for China in the recent Beijing Games.

When the National Hockey League decided to withdraw from the Beijing Olympics, the countries committed to sending teams struggled to assemble competitive rosters. This opened the door for an Olympic experience to many seasoned veterans plying their trade in hockey’s minor professional leagues. It is in this context that Ethan Werek, second round pick of the New York Rangers in 2009, found his way to skate for China in 2022.

As host nation, China was guaranteed a place in the Olympic hockey tournament but had few legitimate professional home-grown players. Since Olympic qualifying rules allow countries to extend citizenship to individuals who have a legitimate family connection, Chinese officials started to search the professional and amateur hockey ranks for men that could qualify to play for a Chinese team.

Werek’s unique Chinese pedigree was easily verified. His great-grandparents found refuge in Harbin during the First World War and his grandparents were born in China. Following the war, the family immigrated to Israel and in the 1950s settled in Canada.

What is not as well known is that this Jewish Olympian appeared in Ottawa in what may have been his first international hockey experience, skating for the Israeli U18 team in The Roger Neilson Memorial Game in 2005. The late Senators’ coach was a frequent visitor to Israel and contributor to hockey efforts in the holy land. The game was part of a three-year North American fundraising and practice initiative organized by Montreal businessman Alan Maislin, chairman of the Israeli Ice Hockey Federation. Werek skated for the Israeli Nats in Ottawa in 2005 and 2006 and took part in all the on-ice and off-ice community activities. Behind the Team Israel bench, was former Montreal Canadiens’ head coach Jean Peron. 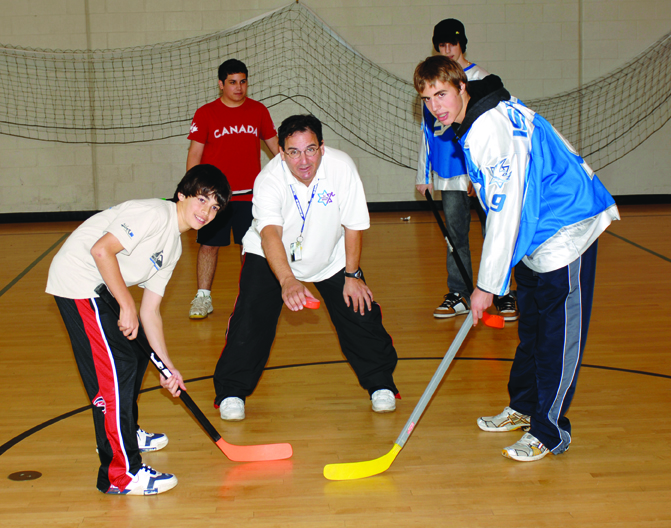 The ads in the three event programs attest to the wide support of the game not only from Ottawa’s Jewish community but also from former Israeli ambassador Alan Baker, then mayor Bob Chiarelli, Senator Frank Mahovlich, MPs Ken Dryden and Susan Kadis, current PC leadership hopeful Pierre Poilievre as well as then prime minister Stephen Harper who was most generous with his time. NHLer Mike Fisher who was a close friend of Roger Neilson, spoke to both the Nepean AAA Midget host team and the Israeli Nats. The Israel team made a significant contribution to Roger’s House each year.

Werek continued to make appearances on Ottawa ice as a member of the OHL Kingston Frontenacs. He also had the distinction of playing for Ontario’s gold medal entry in the World U17 Hockey Challenge, the CHL Top Prospects Game as well as for Team Canada at the 2009 U18 World Junior Hockey Championships.

Werek has spent most of his professional playing career in the American Hockey League, including a season with our Ottawa Senator’s affiliate in Belleville in 2018, but when approached to play for the HC Kunlun Red Star in the Kontinental Hockey League in preparation for the Olympic Games, he jumped at the chance. He is the team’s leading scorer this season. The 30-year-old centre wears #61 and goes by the name of Wei Ruike. He is China’s only Jewish player.

The Chinese team was defeated in lopsided contests in their initial games, but rebounded to play a strong game against Germany, losing 3-2 to the 2018 silver medallists. They were eliminated from further competition in a 7-2 loss to the Team Canada on February 15, but it is worth noting that Wei Ruike recorded an Olympic assist on a goal by Jin Lan at 15:32 of the first period.

Werek becomes one of the very few elite athletes to wear the colours of three nations in a distinguished hockey career. We congratulate him on his Olympic appearance and wish him well in future KHL matches and in Israel where he plans to coach this summer.

- Irv Osterer is a member of the Registered Society of Graphic Designers and the Society of International Hockey Research. Until the Covid Pandemic, he was a game right winger in the Barrhaven Men’s Senior Hockey League.