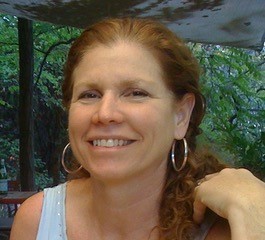 Usually I hear about this announcement through e-mail, after the parent-to-be, or parents-to-be, have had their ultrasound and identified the sex of their baby.

In the 22 years I have been doing brit milah, as a mohelet, a lot has changed.

Those number of years ago, parents or the new grandparents were calling me after the baby was born, to make arrangements for the brit milah. I would ask questions to understand their family situation, how extended family may be affected, what this child means for them, understand what their values are, and finally why they want a brit milah.

The responses would include: “It is what we do, right?” “This is for my parents,” “I want my child to be Jewish,” and “This is important to me.” It was mostly taken for granted that the birth of a Jewish boy generally entailed a ritual circumcision eight days later.

Today, the conversations often take place a lot earlier. Parents-to-be have looked up things on the internet, weighed the medical opinions, gone to social media. And some parents ask, “Why are we still doing this barbaric act?” Choosing not to circumcise their child, is a lot more common, than 22 years ago, for Jewish couples. It cannot be taken for granted anymore that our children will circumcise their children, never mind have a brit milah.

Forty years ago, Erich Isaac, a professor at the City University of New York, wrote that ritual observance of all kinds has become problematic not only for non-believers, but for the thinking adherents of various faiths. As we come to understand the historical roots of various practices, they may have made sense at the time, but not as much now.

What are we to make of the mysterious rite of circumcision?

It was practiced by the ancient Hebrews, as well as by Israel’s pagan neighbours. As a general statement, the whole Bible is against pagan practices, and bodily mutilation of any sort.

Circumcision is mentioned in Genesis 17, when it is used as a sign of the covenant between God and Abraham and his descendants. The eighth day is stipulated in Leviticus 12:3 and a flint knife was used for the operation as mentioned in Joshua 5:2-3 and Exodus 4:25. It does not talk about place, but it is never to occur in a sanctuary or be conducted by a priest.

Today is not the first time that rite of circumcision has been challenged by Jewish families. In the Greco-Roman period, incomplete circumcision was practiced. Jewish males would undergo surgical procedures to conceal their circumcisions, as they were the object of derision in the gymnasium. It was at this time that the rabbis demanded that the whole glans be exposed. It was also at this time that the ‘throne of Elijah’ was introduced, and this derives from the thrones that the Romans used for divine visitors, when a child would be named.

What do I think my role is, today, as a mohelet?

Words have power. Rightly spoken with proper intention, coming from the heart, words can turn the everyday into something remarkable. My role is to facilitate and connect the child and the family to this amazing covenantal Jewish experience.

In conversations with parents I often begin talking about the brit milah ceremony, to explore and strengthen the parents’ attachment to the larger Jewish community, to welcome them and to facilitate this process. I also mention Shalom Baby, PJ Library, and events at the Soloway Jewish Community Centre if they do not yet have a connection to a synagogue to reinforce the opportunity and choice of this Jewish experience.

Ideally, they will experience living a Jewish life as a source of joy that binds people together in celebration and community rather than as laws that restrict and constrain us.

To be a Jew is to become more than what we think we are. As a mohelet, I have the responsibility of changing the personal, private event for the parents, into a public and momentous event for their family, for the House of Israel and for the Divine.

Dr. Lisa Rosenkrantz is a family physician and mohelet in Ottawa.