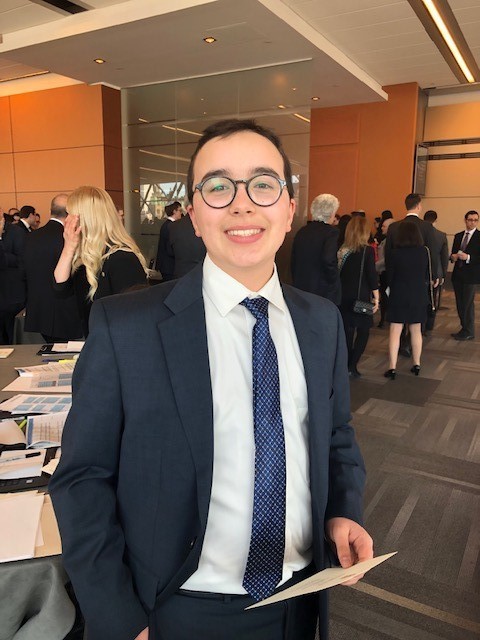 Lunch with the prime minister of Canada and president of Israel

On April 1, I had the privilege of attending a luncheon at the Shaw Centre hosted by Prime Minister Justin Trudeau for Israeli President Reuven Rivlin, who was on an official state visit to Canada. The visit commemorated the 70th anniversary of diplomatic relations between Israel and Canada, as well as the two countries’ shared values of democracy and freedom.

Rivlin was born in Jerusalem in 1939 during the era of the British Mandate. He is a seventh-generation Jerusalemite and the 10th president of Israel, currently in the fifth year of a non-renewable seven-year term. According to Israeli opinion polls, he is the most popular Israeli leader. This is perhaps due to the mostly non-political nature of his office. Additionally, having had the opportunity to hear him speak, I think that some of his popularity comes from his very sincere and personable nature.

At the luncheon, Trudeau spoke about the countries’ shared values and how they have led to strengthened cultural and economic ties, as demonstrated by the recently-updated Canada-Israel Free Trade Agreement. He also referred to current negotiations of a bilateral Youth Mobility Agreement, which would allow young people from both countries to work in the other country while visiting. The prime minister also spoke about his trip to Israel to attend the funeral of Shimon Peres, Israel’s former president and prime minister, in 2016, and about his positive impressions of Jerusalem.

Rivlin echoed those thoughts and feelings in his own speech, going into more detail about Israel’s commitments to democracy and equality, two values that he emphasized as being an ideological bridge connecting Canada and Israel, and leading to opportunities for greater cooperation between the two countries.

Both Trudeau and Rivlin emphasized the need to support Israel at an international level, citing movements such as BDS and Israel Apartheid Week which hold Israel to higher standards than other countries.

In my opinion, it is perfectly legitimate to voice concern or criticism over the policies of any country. However, when those criticisms become disproportionate and cross the line into statements of hatred – that is something that we cannot tolerate and must actively combat.

We have seen these types of attitudes numerous times over the years at the United Nations, and more recently with U.S. Congresswoman Ilhan Omar’s statements about Israel that reflect anti-Semitic generalizations.

Today, in an age where Israel is demonized on the international stage and is condemned by so many, it is our responsibility more than ever before to be advocates for it to be regarded in a more positive light throughout the world. I was pleased to hear our prime minister speak out against anti-Semitism and the imposition of double-standards against Israel.