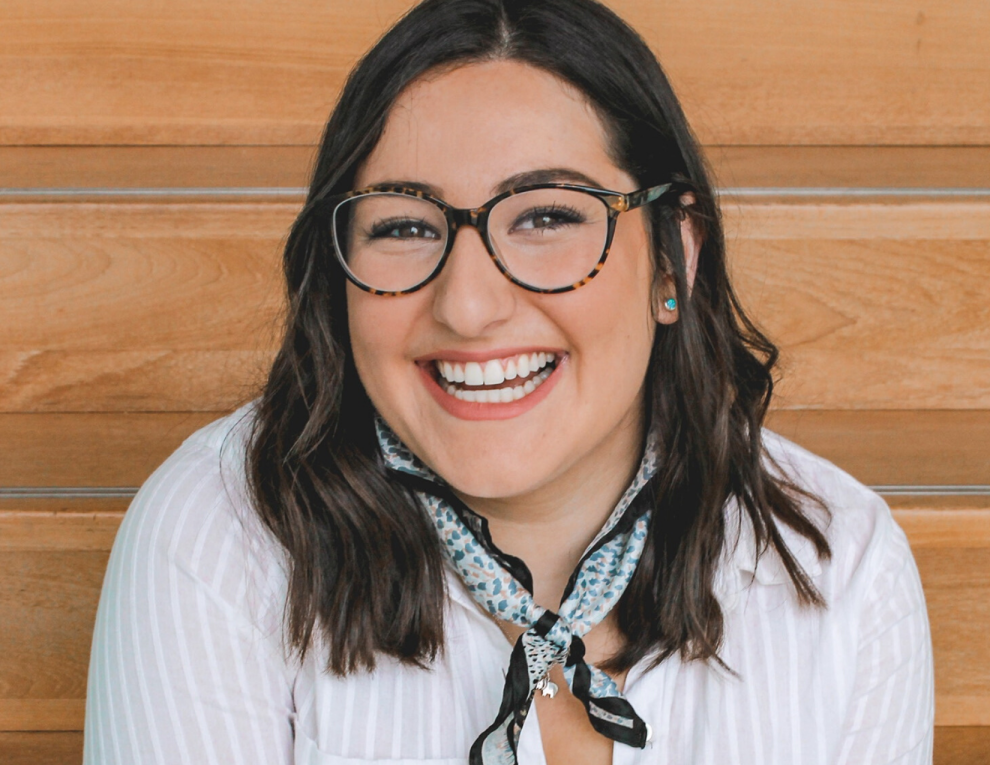 When the Ottawa Jewish Community Foundation held its annual general meeting online on June 4, it was announced that Carleton University journalism student Shaked Karabelnicoff is this year’s recipient of the George Joseph Cooper Scholarship.

It is with sincere gratitude that I accept the G. J. Cooper Scholarship. I am deeply honoured to have been selected as this year’s recipient and would like to thank the Scholarship Committee and the Ottawa Jewish Community Foundation.

Community is central to my Jewish identity. I was raised in an Argentinian-Israeli home in the tight-knit Jewish community of Winnipeg. As immigrants, my family was always thankful for the community members that lent a helping hand and facilitated our integration into the Jewish community. In return, I always felt called to serve my community, and chesed has become a core part of my identity.

Having moved from place to place at such a young age, I understood that home is not a place, but is made from the communities you build around yourself. When the time came to choose a university, this philosophy shaped my decision to take the leap and move to Ottawa. Facilitating my move was challenging. I knew I would have to balance moving to a new city, academics, and financial limitations, but I felt certain I could create a new community to call home.

On my second day at Carleton University, I experienced antisemitism for the first time. Little did I know that it would only be the first of many antisemitic experiences that I would personally face; and later, I would come to understand the systemic roots of this problem. Surrounded by non-Jews in my dorms, classes, and the cafeteria, I realized for the first time that being Jewish at university wouldn’t always be easy. In fact, it would often be very challenging. It was this realization that led me to attend shabbat dinners at Hillel and Chabad on Campus every week and get involved with the Jewish student community. I began establishing meaningful connections with other Jewish students and attending Israel On Campus (IOC) events. This became a space where I finally felt safe to be completely myself without fear of judgement for my Jewish and Israeli identity.

From then on, I became very passionate about Jewish life on campus. I felt called to take on more of a leadership role. In my second year, I joined the IOC executive as director of communications and I learned about the importance of outreach, relationship building, and mentorship. Being a part of the executive was often challenging and exhausting, as our club battled BDS motions and had to face antisemitism and hatred in many forms. Yet, despite the hardships, being a part of IOC brought me a deep sense of purpose on campus and beyond, as a part of the national and global Jewish community. I made some of my best friends in that community, and without noticing, I found myself calling Ottawa my home.

Eventually, I became president of Israel on Campus, where I was responsible for managing the executive team and all of our club events and campaigns.

As part of my Israel advocacy on campus, I also participated in a number of fellowships throughout the years. Amongst them was the StandWithUs campus fellowship program, through which I was trained in tactics and strategies to combat antisemitism and BDS on campus through education. After my fellowship was completed, I continued working with the organization and helped develop the first ever StandWithUs Canada Insight mission to Israel. This February, my group of 13 student leaders from across the country embarked on a dynamic tour of Israel as we learned about its culture, people, and geopolitics.

The experiences I have shared are only a fraction of opportunities I had in the past years. If I could, I would share each and every one, as they all brought with them new challenges and lessons learned, for which I am immensely grateful. It is because of these experiences that I discovered my passion for community building and Jewish community work. Every day on campus, I meet first-year students who are in the same spot that I was three years ago. Now, I feel lucky that I get to provide them with the same sense of home, safety, and belonging that I received. My hope is that, they too, will create for themselves a community which brings them true joy and fulfillment without needing to withhold their Jewish and Zionist identity.

Through it all, I have been so grateful for the chesed I received from Ottawa’s Jewish community on campus and beyond. From the beginning, I was welcomed with open arms, hearts, and a seat at the Shabbat table. I cannot fully describe in words the impact this community has had on my identity as a Jewish woman, friend, and leader. Over the last few years, I am blessed to say I have built a home here in Ottawa’s Jewish community, and I look forward to continuing my contributions to its growth and development.

I am, once again, so honoured and humbled to be the recipient of the George Joseph Cooper Award. Already, this award has had an immeasurable impact on my ability to continue furthering my studies. As I move onto my final year of journalism at Carleton University, and hopefully a subsequent master’s degree, this award will grant me the time to continue my community building efforts in conjunction with these academic pursuits. It is truly an invaluable privilege.