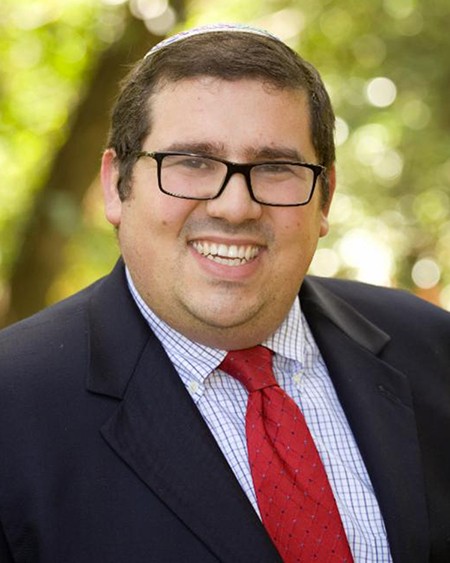 Successful leaders speak regularly about their foundational stories, the time in their lives where they felt called or inspired to actualize the fullest version of themselves.  When (spoiler alert) Peter Parker stands by and lets a criminal escape, only to discover that the same criminal would kill his Uncle Ben, Spider-Man learns that he must fight against injustice wherever it may be. In other words, with great power, comes great responsibility. Sir John A. Macdonald was called “Old Tomorrow” because of his ability to delay and postpone or wear out his opponents. He was someone who tried to serve his caucus, rather than having his caucus serve him. He always looked towards tomorrow. This understanding of our first prime minister continues to shape how we look at our leaders and see ourselves as Canadians, as people who look outward and ahead rather than only inward and behind.

The Jewish people have a foundational story as well. It is meant to guide us and remind us of what we are called to do and be as Jews. Every year, we are called to tell that story and instil it in our children, to remind ourselves of our duties as Jews. That story is the account of the Exodus from Egypt and we tell it every year at the Passover seder. In its telling, we continue to learn what it means to be a Jewish person and our responsibilities in and to the world.

Perhaps, at its most basic, the story of the Exodus from Egypt serves to remind us of our relationship with God. It is an opportunity to remember that God freed us from bondage and brought us to freedom and it is therefore incumbent upon each of us to express our gratitude to God for that act. Additionally, we have in the story our eventual arrival in the land of Israel. This served as a reminder to our ancestors who lived without the modern State of Israel that no matter how bad things were, no matter what persecution we were facing, God would someday free us from our own bondage and bring us back to our land.

For me, the most powerful lesson of the story is that we Jews are uniquely positioned to both remember what it is like to be persecuted and to have gained sufficient freedom that allows us to care for those who are still mistreated and oppressed. We are commanded to teach our children that we used to be slaves in Egypt, and were freed to make a better world for ourselves and others. The commandments that teach us how to treat the stranger, the widow, the orphan, and the least among us, remind us that we, too, were the stranger and the oppressed, so we need to treat all people with dignity and respect. What better foundational story to have for the Jewish people?

As a people who straddle two worlds, knowing what it means to be a minority while largely flourishing as part of the (visible) majority, we are called to remember where we came from and to acknowledge the power that we have to better our world. Every Passover we remember that each of us left Egypt and now we must decide what to do with the power that our freedom provides.