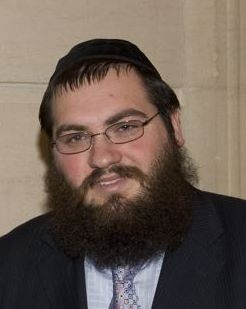 The reactions have been surprisingly overwhelming. Social media has been full of passionate comments. The major news outlets have covered the story. In Jewish Ottawa, it was the primary water cooler conversation. All of this as a result of a bakery.

Rideau Bakery, an 89-year-old beloved institution in the city of Ottawa, has closed its ovens and shuttered its doors.

Known for its rye bread and pastries (and my personal favourite the cronuts), Rideau Bakery has been an integral part of our city’s mosaic. From its unassuming buildings on Rideau and Bank Streets with their old fashioned interior design, this family-owned bakery provided the Jewish community with challah for Shabbat, jelly doughnuts on Chanukah and cheesecake on Shavuot. Rideau Bakery was part of our community’s life cycle events. You could see their food at a brit milah, a baby-naming, or at a shiva home.

As far back as anyone can remember, they were a part of the community and it always seemed like they would be with us forever.

Despite all of this, the reaction to its closure seemed a little over the top. After all, it was only a bakery.

In fact, I was highly surprised at my own reaction. When I heard the news, less than 24 hours before it closed, I could feel myself getting emotional and fighting back tears. During the entire day of its closing, I had a desire to go to the bakery one last time. I did not need anything in particular, I merely had a nostalgic feeling to go.

I arrived about 15 minutes before closing. There were a few customers, some who were not even aware of the upcoming apocalypse. The workers, some of whom had been employees of Rideau Bakery for decades, were packing up the bread to be used for charity. There was a despondent energy.

I purchased the last cake ever sold by this legendary bakery: a round, nine-inch cake with the Canadian maple leaf. I saved the receipt as a souvenir. I took a photo with David Kardish. I felt a lump in my throat.

I was struggling to understand my own state of mind. What was it that caused me to feel so emotional? Was I possibly a food addict anxiously concerned about going through pastry withdrawal?

As I scanned a Facebook thread where people were sharing their memories of Rideau Bakery, the mystery behind my emotions finally dawned on me.

For me, Rideau Bakery was the ultimate community centre. Without any physical exterior trappings, the bakery provided a safe space for the community. Jews and non-Jews, black-hatters and the seemingly secular, were able to connect on bar stools in Rideau Bakery with their favourite comfort foods.

The Torah tells us that the Jewish people achieved authentic unity while standing at the foot of Sinai. Mount Sinai was chosen specifically because it was simple and humble. In a humble state, our trivial differences cease to matter and our souls can connect.

The reliable and consistent Rideau Bakery brought out the best in Ottawa’s Jewish community. In its humble and unassuming style, our disparate differences melted away.

Far more than missing my fix of cronuts, it will be the warmth and unity that will be most difficult to replace.