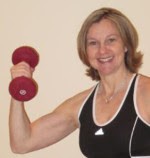 I was lying on my back on a mat in a hot yoga class. My eyes were closed. I was breathing slowly. I was shvitzing. Relaxing instrumental music played softly in the background. The yoga instructor gave us step-by-step instructions on which body parts to move. Every so often, I popped my head up and looked towards the front of the room to see what the instructor was doing. I wanted to ensure I was doing everything correctly. I put my head back down and closed my eyes again. The instructor reminded us that the class is our time to relax and get away from multitasking. She suggested we focus on single tasking by paying attention to how each part of our body felt in that moment. My mind immediately started going to places outside of the yoga studio – probably the exact opposite of what the instructor had intended. I thought of the opening scene in Shakespeare’s “Macbeth,” when the witches’ prophesy about Macbeth includes: “When the hurly-burly’s done, when the battle’s lost and won.” I hadn’t thought about the word “hurly-burly” since studying Macbeth in 1978. Hurly-burly means busy, boisterous activity, commotion, noisy disorder.

I’d been away at my cottage and had not attended a yoga class in a couple of months. I was back in the city and took advantage of the opportunity to go to a yoga class at the gym I belong to. The hot yoga class turned out to be just what I needed. Though my mind wandered briefly, the class extricated me physically and mentally from the hurly-burly of day-to-day life. Sometimes we may not realize the stress we’re under, even from routine activities such as work, chores and errands. According to the American Psychological Association (APA), chronic stress can lead to bad habits such as over-eating, smoking and insomnia, make you more susceptible to catching colds and increase your risk for cardiovascular disease (https://tinyurl.com/y6cjgygj). Among its recommended stress-reduction strategies, the APA states, “Research shows that activities like yoga and relaxation exercises not only help reduce stress, but also boost immune functioning.”

We may be so accustomed to chronic stress that we don’t know how it feels to live without it. When we intentionally remove ourselves from the routine, and surrender to tranquility, we notice the difference.

The yoga class ended with the corpse pose – a few minutes of lying face up in stillness and silence. This pose may be difficult for beginners who are not used to lying still, relaxing all their muscles and releasing tension. It takes practice. The aim of the corpse pose is to give yourself permission to take time with your thoughts and to gain clarity. You’re away from everyone and all your responsibilities. In western culture, we tend to place the most value on constantly being busy. We fear boredom and crave stimulation – think of how often you look at your smartphone.

The class ended with the instructor telling us to slowly start moving out of the corpse pose. I felt mentally and physically refreshed. This feeling lasted throughout my day. There’s an expression “the student becomes the teacher (or master).” I think there are also times when the teacher becomes the student. As a personal trainer, I am often in the role of instructor. For my own fitness, I attend fitness classes, but my preference is to work out at the gym or go running on my own. I like to be in charge. Sometimes it’s a nice change to be on the other end, being guided and not having to think about what to do next. I don’t know much about yoga other than what I’ve experienced over the past decade as a participant. I do know that it’s liberating to allow someone else to lead. Perhaps I notice it more in yoga than, say, when I attend a boot camp class, because I don’t teach yoga. Allowing someone else to lead doesn’t mean I’m a follower. Rather, it means I’m free because I don’t have to concern myself with running a class, training a client, or with what we’ll do next or how everyone is feeling. Instead, I can focus on myself and be the student. I hope you escape the hurly-burly every now and then. It’s important for everyone, especially if you’re the type of person who dreads the idea of stillness. Sometimes what you fear may be just what you need.