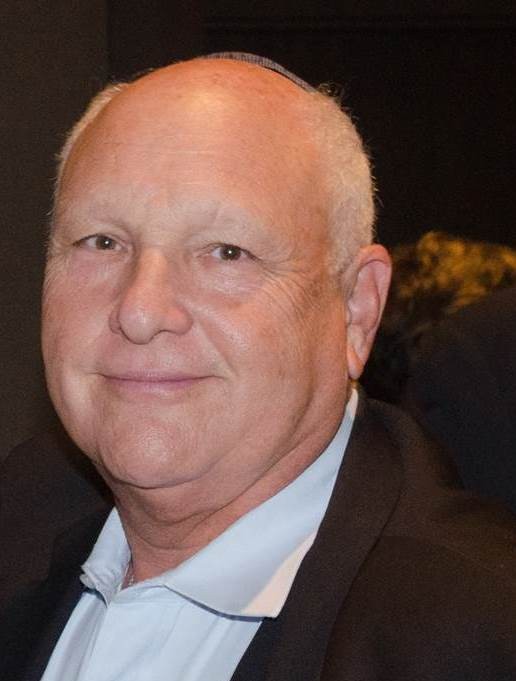 I was a student at Rutgers University in the late-1960s. It was the era of student protests, psychedelic drugs, Woodstock, the writings of Hunter S. Thompson, and of the Beatles meditating with the Maharishi Mahesh Yogi.

During those years a story made the rounds among Jewish groups: An American Jewish woman in her 60s travelled to northern India to see a celebrated guru. There were huge crowds waiting to see the holy man, but she pushed through saying that she needed to see him urgently. Eventually, after weaving through the swaying crowds, she entered the tent where he was holding audience and stood in the presence of the master. What she said that day has entered the realm of legend. “Marvin, listen to your mother. Enough is enough already. Come home!” The story was a hit among many Jewish parents who felt their sons and daughters were being led astray by the radical politics of the moment.

I was reminded of this story as I watched Greta Thunberg, the 16-year-old from Sweden, scold world leaders for their inaction on climate change. She delivered an emotional and scathing speech at the United Nations on September 23 accusing the leaders of stealing her future by their decades of inaction, and facile arguments about whether climate change was the result of human disregard.

I was sad and excited to listen to her words:

“You say you hear us and that you understand the urgency, but no matter how sad and angry I am I do not want to believe that because if you really understood the situation and still kept on failing to act, then you would be evil, and that I refuse to believe.”

There is nothing as pure as youthful indignation. Thunberg’s words were soon to echo in the streets of Ottawa, Montreal Toronto and at nearly 100 events across Canada on September 27. An estimated crowd of 500,000 environmentally concerned individuals gathered in Montreal. Hundreds of thousands took to the streets to protest the potential cataclysm. Some suggest that there were demonstrations in at least 150 countries that Friday afternoon.

The environmental threat to our world is being compared to that of nuclear proliferation that motivated hundreds of thousands to march, chant and defy authorities in the 1960s and ‘70s

Maybe it is really time to come home. Climate change is very much a Jewish issue. Maybe the Jewish community needs to act with the same urgency it did for so many other issues. Our presence among the civil rights marches is well known. Our participation in protest to end the war in Vietnam is not a secret. Our march on Washington in 1986 to protest the treatment of our Jewish brothers and sisters in the Soviet Union is a high water mark for our commitment to human dignity. While there have been Jewish organizations who tepidly support environmental protest, and rabbis who urge their congregations to recognize the dangers, it has not been a burning issue for our community. There are, of course, burning issues that galvanize our hearts and souls: the safety and security of Israel; increasing incidents of antisemitic violence; gender equality; welcoming beleaguered immigrants to our communities; reconciliation with Canada’s Indigenous peoples. Yet none of these issues seem to have a lasting impact on us as individuals and as a community.

Interestingly, the environment is the one issue that Torah and the rabbis agree is a profound ethical imperative. Deuteronomy 20, 19-20, tells us not to destroy fruit bearing trees during battle. This mitzvah was to be known as bal tashchit (do not destroy). The rabbis broadened this rule far beyond the limits of the battlefield. Our ancient scholars saw the obvious fit with the Torah’s concern for sustainability. The Sabbath, the sabbatical and the Jubilee year are concerned with the integrity of nature and the boundaries of human striving. The laws and rules that forbid the mixing of species, seeds, and altering the natural flow of creation with nature are a powerful reminder that we are guardians of creation, not destroyers of it. Nearly 150 years ago, Rabbi Samuel Raphael Hirsch wrote the laws ask us to regard all living things “as servants in the household of creation,” which Rabbi Jonathan Sacks termed “a kind of social justice applied to the natural world.”

Is it possible for our communities to hear the words of Torah, the rabbis and Greta Thunberg calling us to action? Can we make the choices politically, socially, personally that will resonate with the young? Or will we be like previous generations and let the youthful angst waft over us?