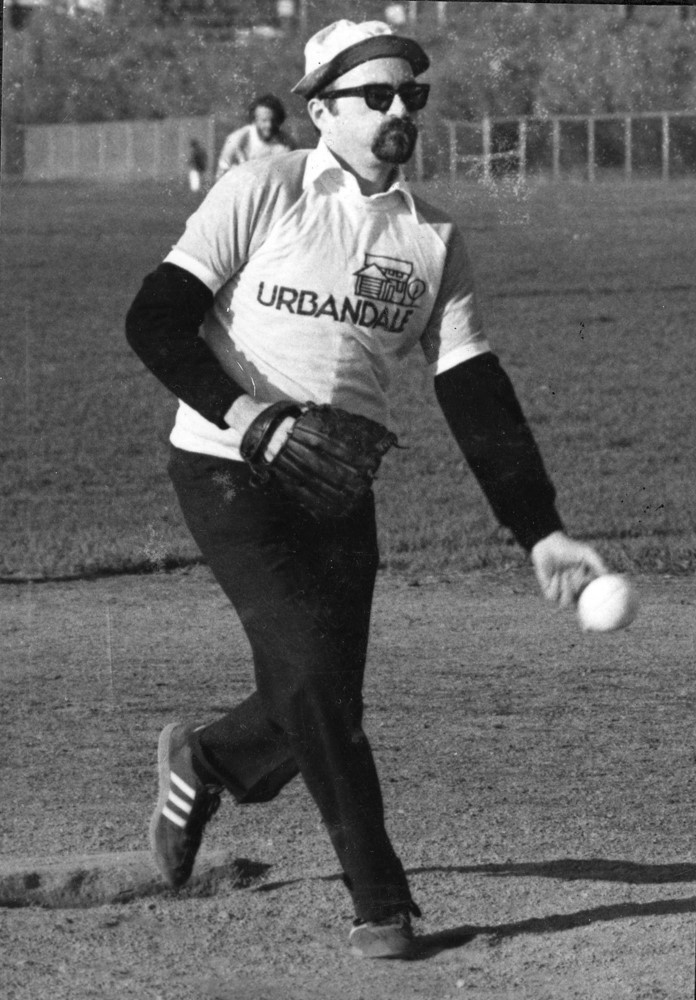 Irving and Sheila Osterer share memories of their family’s long-time connection to the rabbi from life milestones to days spent on a baseball diamond.

We are deeply honoured to share accounts of our family’s close connection with Rabbi Bulka, z”l.

We fully expect the phone to ring and have him be at the other end. That we won’t hear “Hey Oiving” or “Hey Sheils” seems unfathomable.

Long ago, we stopped asking him about wearing – or, more accurately, not wearing, a coat. It was the topic of conversation at every Ottawa event that he attended, so there was no need to explore it further. But truth be told, we may have been among a select few who actually witnessed him admit to feeling cold. It was a December day in 2014 and he was about to embark on a trip to Israel during which he was to preside over the unveiling of a stone to our dear brother/brother-in-law Howie, z”l. He generously offered to be the conduit of some required paperwork, and we were passing it to him on his icy driveway on Featherstone Drive. It was very cold, and for the first time ever, he said that he had to go inside because he was freezing. We looked at each other in disbelief, but in some strange way we felt that we were part of a select group that heard our dear Rabbi remark about the weather.

Rabbi Bulka was not deterred by forces of nature. With no hesitation, he travelled to Montreal in the middle of a terrible snowstorm in March 2015 to preside at the funeral of our mother/mother-in-law, on terrain that was unforgivingly frozen. Despite the howling winds and sub-zero temperatures, he stayed until he was satisfied that all was done properly.

Several years earlier, we were driving down Highway 81 in the middle of a snowstorm. It was a white-knuckle drive with four kids in the back of our van, and we were proceeding cautiously when all of sudden, out of nowhere, we watched a car speed by us, undeterred by the snowsqualls. Though it was hard to see anything clearly, what caught our eye was the unmistakable license plate “Fur Gezunt” whose proud owner we instantly recognized. When we spoke to him several weeks later about our sighting of him, the Rabbi told us “it was nothing – you should have seen the drive back!”

Our family’s connection with Rabbi Bulka goes back to his arrival in Ottawa decades ago and continued until two weeks before we lost him. Our mother/mother-in-law “Blanchie” as he called her always, was his secretary for over 35 years. He presided over our sons’ brisses and bar mitzvahs. We celebrated Kindness initiatives with him, and he always appeared at school events that he knew were important to us.

Many of his books were lovingly designed, proofread, and re-proofread in our home. Visits at 10 pm to pick up or drop off materials were not uncommon, and we were always prepared with a can of Coke (no glass) and a wrapped chocolate bar for his discerning palate!

Baseball, as many know, was dear to Rabbi Bulka. He was proud to play in the Jewish Men’s Softball League, and was a formidable lefty on the mound, usually with his recognizable white shirt under the team’s uniform. He loved the sport and, not surprisingly, excelled at its sportsmanship aspect. Players and fans were impressed with his participation in a less-than-traditional use of his time. When two of our sons, and two of their cousins, won Gold for Canada in softball at the Maccabi games, he was the first to send messages of congratulations to them. In emails within minutes of the victory (the information of which was imparted to him in real time by his dear friend Dr. Harry P), he wrote “Hi all distinguished Osterer wall bangers! Way to go! And remember, you got your “training” in the Jewish Men’s Softball League. Now you are all in a league of your own! World Jewish Champs! Pretty incredible. Mazal Tov to you all.”

We will miss Rabbi Bulka z”l, as countless others will, and we cherish the unique memories and experiences we were fortunate to share with him.