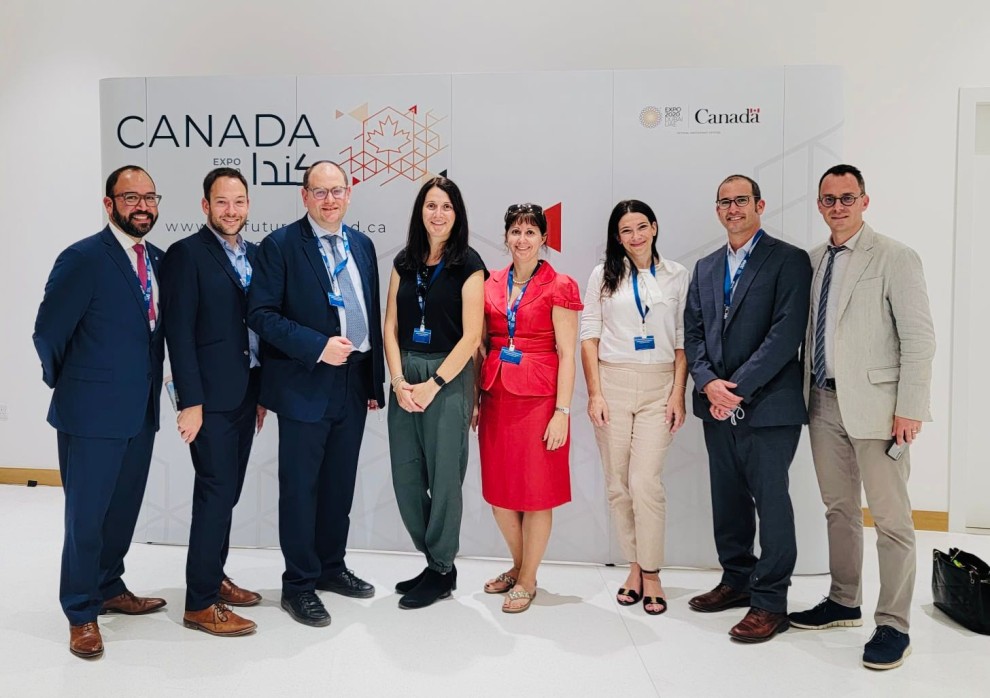 By Tamara Fathi and Amichai Wise

In mid-November, we had the immense privilege to travel to the United Arab Emirates (UAE) as part of a cultural bridge-building delegation of the World Jewish Congress (WJC) Jewish Diplomatic Corps. The WJC Jewish Diplomatic Corps is the flagship program of the WJC, which empowers Jewish leaders globally. We were among the 40 members from 20 countries, invited by the UAE Embassy in Washington D.C. to meet with local government representatives, business leaders, faith communities and cultural institutions as part of a plan to learn about the immediate impact and future potential of the Abraham Accords.

We were there to see how the UAE, in the wake of the signing of the Abraham Accords in September 2020 with Israel and three other Muslim-majority nations (Morocco, Bahrain and Sudan), had opened its arms to the global Jewish community and to Israel. With 28 direct flights a week between Israel and the UAE, it is clear that the peace is not just about geopolitical strategic alliances, but rather also strives to be a people-to-people peace.

Throughout the course of our trip, we heard a great deal on the theme of tolerance from senior Emirati officials. In fact, we had lunch with the UAE Minister of Tolerance H.E. Sheikh Nayan bin Mubarak Al Nahyan in a beautiful pavilion at the impressive complex of the Dubai Expo 2020. One of the most impactful meetings of the trip was with H.E. Dr. Ali Al Nuaimi, Chairman of Hedaya, a government affiliated think tank committed to reducing violent extremism. Both openly stated that the UAE is not only focusing on peace with the government of Israel, but rather has the intention to have an active relationship with the people of Israel and Jews around the world. The message was an emotional one, as many WJC Jewish Diplomatic Corps members trace their origins back to Arab countries, including one of the authors of this article, and we never thought we would hear these warm words from an official of a Muslim Arab country.

We met with foreign diplomats including Canada’s Ambassador to the UAE Marcy Grossman, a proud Jew, who shared her perspective on the region and especially with regards to the UAE’s commitment to women’s empowerment. She also shared how much it meant to her - as a proud Jew - to be an active member of the diplomatic community during this dynamic and special time. We also met with Ambassador Amir Hayek, Israel’s first ambassador to the UAE, who offered his credentials to the UAE only a few days before we met and offered us his perspective on peace.

Dubai is a visual marvel, crowded with skyscrapers, but perhaps the most amazing marvel of Dubai is the existence of its thriving Jewish community, the Jewish Council of the Emirates. Just a couple of years ago, the community operated in the shadows with no official status, meeting for Shabbat and holidays in a secret location only referred to as “The Villa.” Since the signing of the Abraham Accords, the community is firmly in the spotlight, welcoming Jews from all over the world. The Jewish community in the UAE is the first Jewish community to be established in the Arab world in over 100 years, and there is much hope for the future. Shortly after the signing of the Abraham Accords, the Jewish Council of the Emirates became the latest Jewish community member of the WJC.

It is clear that there is a path to a future for Jewish life in the Arab World. Seeing the evidence firsthand was hard to reconcile with preconceptions. But it was there on full display. Who thought we would be saying that just a few short years ago?

The authors are members of the Steering Committee of the WJC Jewish Diplomatic Corps, the flagship program of the World Jewish Congress (WJC), under the vision and leadership of WJC President Ronald S. Lauder. This program empowers the new generations of outstanding Jewish leaders. We are a selective worldwide network of over 350 members from 60 countries receiving opportunities, experience, and skills to impact Jewish interests through diplomacy and public policy.

- Tamara Fathi holds a Master of Arts in International Affairs and an MBA in Global Management. She is an active volunteer in the Ottawa Jewish community and sits on numerous boards.

- Amichai Wise is a lawyer living in Ottawa with his wife Emma and his daughters Lola and Miri. He is an active member of the Jewish community.