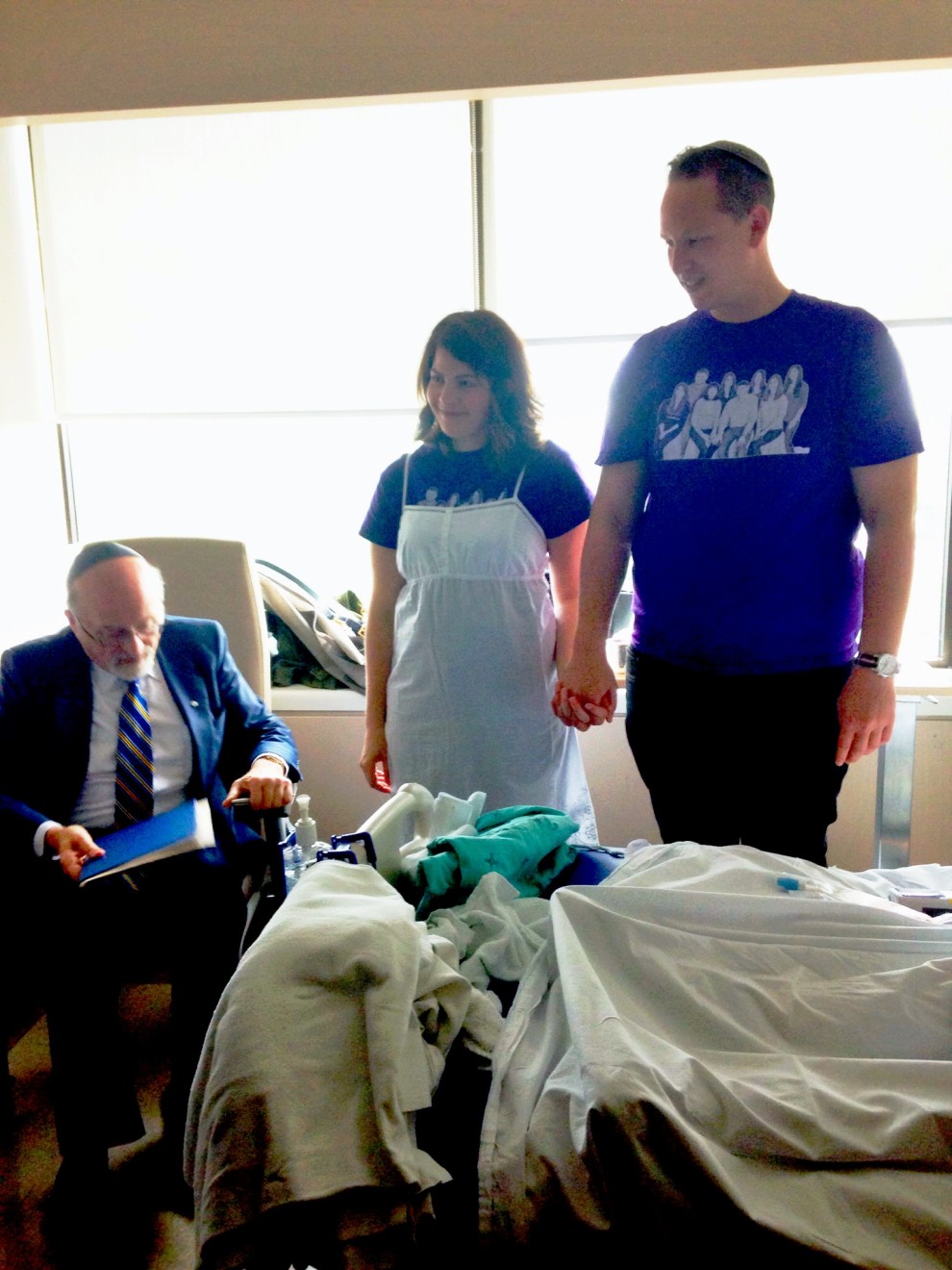 Rabbi Reuven Bulka z”l always knew how to make a grand gesture seem like a regular, everyday activity. Seven years ago, he gave our family a final, bittersweet memory with our late father, and he drove through the night to do it.

After almost a year and a half of pancreatic cancer diagnosis, treatment, and family time, our dad was admitted to the hospital for what turned out to be the last time. As we sat together in his hospital room, he told us this was his end, and that he did not want it to stop us from the paths we were all on. We leaned into that immediately – I had gotten engaged three days prior and he agreed that we could get married by his bedside the following morning, provided we have a big wedding the following year.

When we called Rabbi Bulka to break the news that our dad, his dear friend, was close to death and to ask him to perform a bedside marriage ceremony the next day, he was in transit – but that did not stop him from taking charge. He and his wife had been in New York, visiting family, and had stopped in Windsor to officiate the wedding of a former congregant. Rabbi Bulka agreed to marry us immediately and went about figuring out how to have a kosher ceremony that would also allow a full Jewish wedding to honour our father’s wish.

He drove through the night to get home to Ottawa. While the rest of us would have hopped into bed after a long day, Rabbi Bulka was not yet done serving his community. He got back into his car and drove to the hospital at 3 am. He startled our sleeping dad and sister Jordana and had one final meaningful conversation about life and death and family. Just a few hours later, after morning services at shul, Rabbi Bulka performed a beautiful and bittersweet simcha for our family, marrying me and my husband David in the hospital room. Our dad sipped orange juice from a paper cup for the kiddush and glowed. He died the following morning.

Rabbi Bulka did something extraordinary for us during this tragic transition, but it was something very ordinary for him. He spent his days being present and available for the community, even if it required some extra mileage to get there. We are ever grateful to Rabbi Bulka for his lifetime of counsel and comfort to three generations of our family, and for this final act of kindness for our dad.