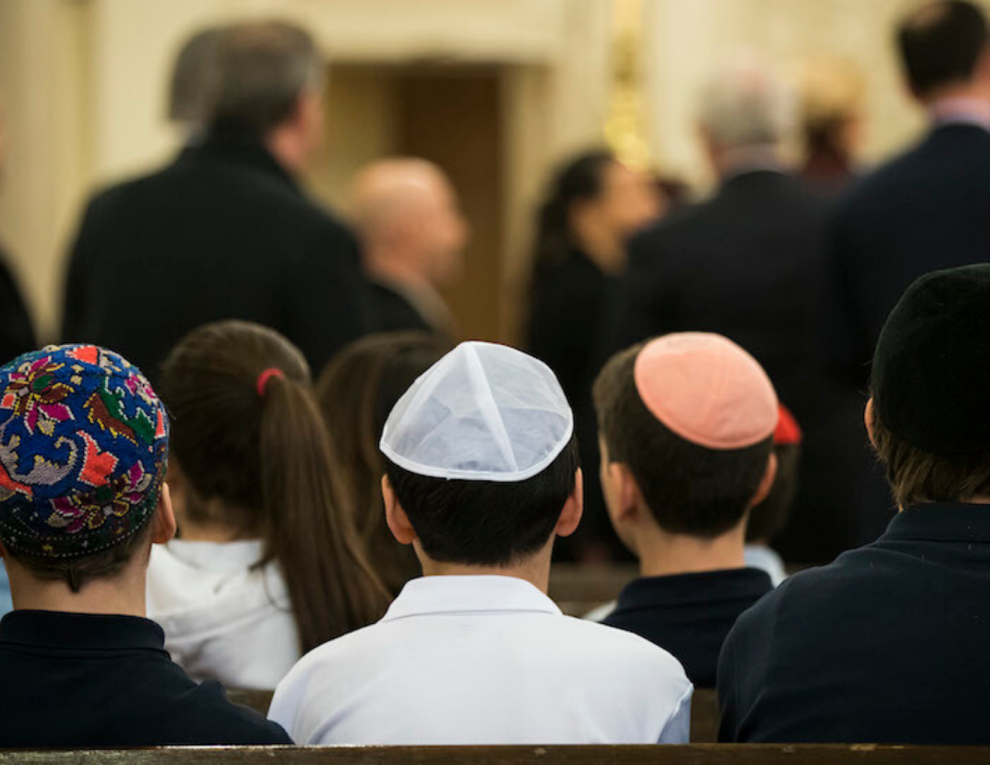 (JTA) – When Rabbi Moshe Hauer last week told Dr. Anthony Fauci, head of the National Institute of Allergy and Infectious Diseases in the United States, that synagogues wouldn’t let congregants sit within eight feet of each other once services resume, he wasn’t just making a joke about Jews’ tendency toward closeness.

He was also previewing a set of formal guidelines that the organization he helps lead, the Orthodox Union, would release just a day later.

With the Rabbinical Council of America, the Orthodox Union on Friday released a 13-point guide for gradual and controlled reopening of synagogues under their supervision. The guide comes as some U.S. states begin allowing in-person religious services for the first time since restrictions meant to curb the spread of COVID-19 were imposed in March.

“The issuance of this guidance does NOT imply that any reopening should be done at this point,” the guide says in bold on its first page. Later, it says about the possible resumption of informal, backyard services, “Care must be taken to ensure that this not become a free-for-all.”

The guide instructs synagogues to wait at least two weeks after services are legally possible to hold them, to make sure that COVID-19 cases do not rise as restrictions are relaxed. The guide also spells out that people who are unwell or at high risk for COVID-19 complications should not attend services even then. And it emphasizes that healthy, young people who are fearful of contracting the virus at synagogue should be considered exempt from obligations related to communal prayer.

When services do resume, according to the guide, congregants should wear masks, sit far apart and coordinate their attendance so spaces do not become crowded. “This will be a fundamental and difficult shift for many individuals and communities,” the guide says.

When some U.S. governors began allowing religious services last month, many rabbis in those states said they would continue to keep their synagogue doors closed. Still, the new guidelines are notable because Orthodox synagogues and their congregants are unable to use technology to hold services on Shabbat or to form prayer quorums virtually, making restrictions on in-person gatherings especially burdensome.

A third Orthodox group, the haredi advocacy group Agudath Israel of America, released its own “roadmap” for safely resuming communal prayer in its communities. The roadmap includes limiting attendance to about half the number allowed by local governments and waiting for a “sustained downward trajectory of documented COVID-19 cases and hospitalizations in the Orthodox Jewish population” for 14 days.

Even once communal prayer is re-established, the guide says, Jews should resist the urge to synagogue-hop, or pray with different groups of people at different times, to minimize each person’s total number of contacts.

Orthodox communities must make and follow their own guidance, Agudath Israel’s document says, because observant Jews’ communal lifestyles don’t fit neatly into the frameworks that most U.S. states are using to guide reopening decisions.

“Governmental regulations were not designed to address the realities of someone davening at a bustling shul with multiple minyanim daily; attending kiddushim; large families having a Shabbos meal together; children from multiple families playing together – perhaps all on a single day!” the guide reads.

It continues in bold: “An abrupt return to all of this, while tempting, risks our communities suffering reversals of whatever gains were achieved during the difficult months of quarantine endured.”