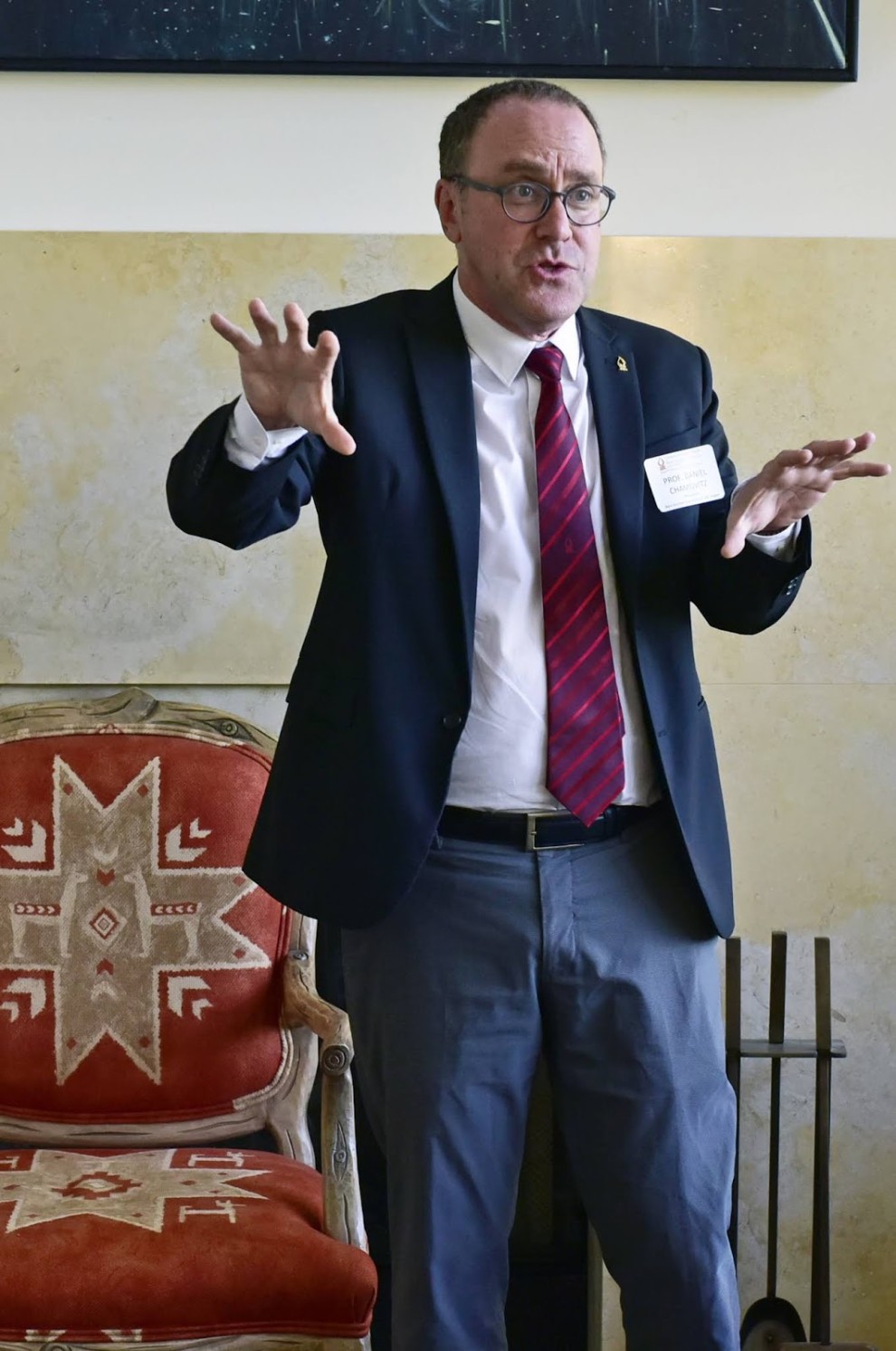 Ben-Gurion University of the Negev (BGU) is poised to become Israel’s leading research university over the next decade, said the university’s president, Daniel Chamovitz, during a visit to Ottawa.

Chamovitz spoke at a reception held at the home of Susannah Dalfen and Jonathan Malino on September 12.

The purpose of his visit, Chamovitz said, was to “meet our supporters to see how they feel about the university, share our vision for the future, and take time to meet some Canadian university presidents and further network in Canada.”

Chamovitz’s visit to Ottawa was sponsored by Canadian Associates of Ben-Gurion University of the Negev, which raises funds and awareness for the university across Canada.

Among those in attendance at the reception were Israeli Ambassador Nimrod Barkan and his wife Shlomit; Benoit-Antoine Bacon, president of Carleton University; and Jacques Frémont, president of the University of Ottawa – all of whom expressed support for BGU.

A native of Aliquippa, Pennsylvania, Chamovitz earned his PhD in genetics at the Hebrew University of Jerusalem in 1992 and began his teaching career at Tel Aviv University.

In January, Chamovitz became president of BGU and said that in the nine months he has held the position, he has discovered BGU is a “unique place, and arguably the most important university for the future of Israel.”

BGU, originally known as University of the Negev, was established in 1969 in Be’er Sheva with the aim of promoting the development of the Negev, which comprises more than 60 per cent of Israel.

In the past 30 years, Chamovitz said, enrolment at BGU has grown from 4,000 to 20,000 students, and the university has evolved from training engineers to work in Israeli chemical businesses to educating students in fields such as solar energy, nanotechnology, robotics, biotechnology, water management, desertification, and information technologies.

In addition to housing Israel’s National Cyber Security Centre, National Autism Research Centre, and the National Centre for Desert Research, Chamovitz said BGU has worked with the municipality of Be’er Sheva to build an advanced technology park (ATP), located adjacent to the university, as well as the Soroka University Medical Centre, and the future base of the Israel Defense Forces’ elite technology units.

“The things we have discovered in our Institute of Desert Studies are relevant for the entire world, because water conservation, desalinization and usage, alternative energy, and doing agriculture in arid systems are issues that are now relevant globally,” he said.

“As the founder of our university wrote in 1958, ‘scholars and researchers will sit at the gates of the desert and unlock the secrets of our country.’ That’s what we are doing at Ben-Gurion University,” Chamovitz said.