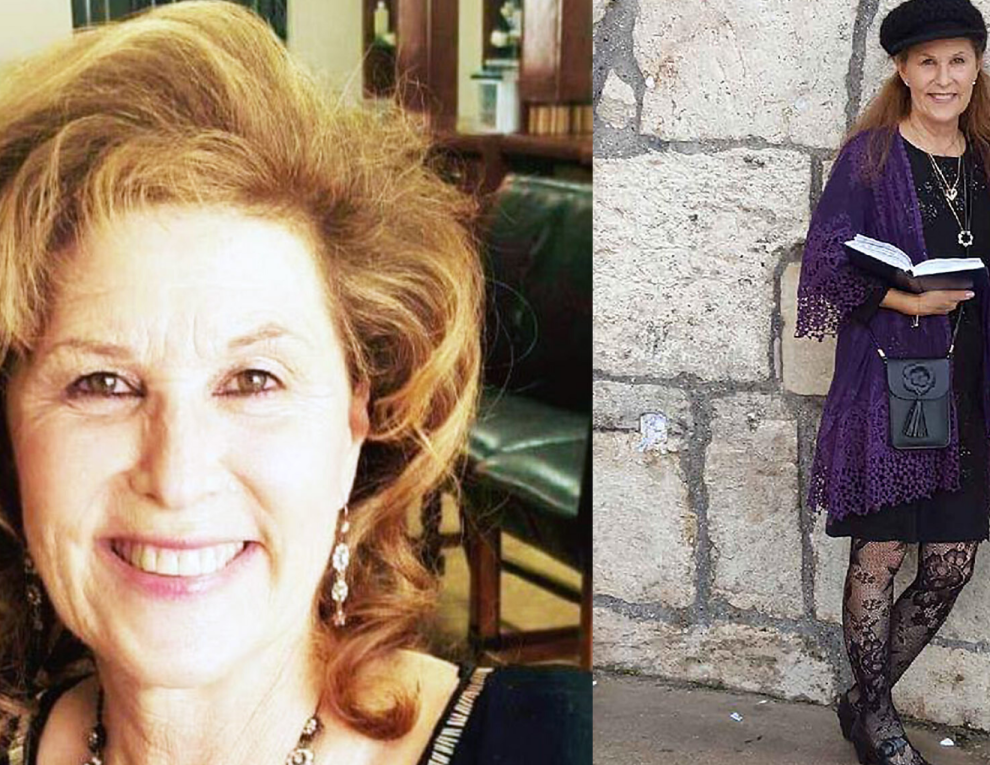 (JTA) – One year after a shooter attacked the Chabad of Poway during services, killing a beloved member, the synagogue’s rabbi stood alone in the sanctuary of the empty building to lead a memorial.

Rabbi Mendel Goldstein remembered Lori Gilbert-Kaye as kind and “beautiful” inside and out in the one-hour taped memorial released Sunday on the San Diego-area Chabad’s website.

Goldstein is the son of Rabbi Yisroel Goldstein, who was shot and lost a finger in the April 27, 2019 attack. Gilbert-Kaye, 60, died while shielding the rabbi with her body.

The senior Goldstein stepped down as head of the Poway Chabad in November and did not appear in the memorial.

“The pain is real. The loss of Lori is ever-present,” Rabbi Goldstein said. “But we know our focus must be on the future, on becoming better people and better Jews.”

He thanked the first responders, law enforcement and medical professionals, as well as local leaders, organizations and neighbors for their help and support.

Almog Peretz, 34, who was shot in the leg, and his eight-year-old niece, Noya Dahan, were injured in the attack.

“It’s been a very, very challenging time,” Gilbert-Kaye’s husband, Howard Kaye, said in a pre-recorded video. “She took every mitzvah, every kindness, and amped it to the very high level. She helped all people. And all nationalities. Of all religions.”

Kaye said the funeral director gave him the “employee discount” for his wife, explaining that for the past 20 years she attended nearly every Jewish funeral, especially for those with no families or loved ones to attend. For those with no survivors she brought flowers and spoke words of comfort.

Last month, prosecutors from the San Diego County District Attorney’s Office said at a court hearing that they will seek the death for the alleged shooter, John Earnest, 20.

Earnest has pleaded not guilty to charges of murder and attempted murder. The murder charge is classified as a hate crime, making Earnest eligible for the death penalty. Earnest told a 911 operator right after the attack that he did it to save white people from Jews.