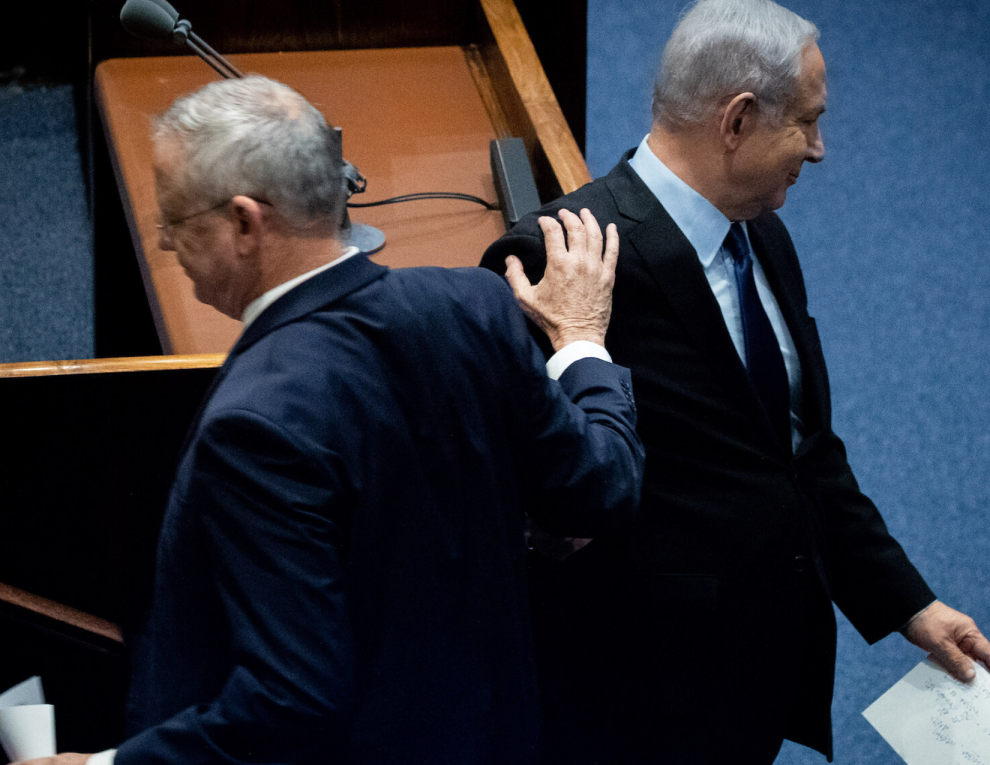 Netanyahu to remain as prime minister for now

Israel has spent more than a year under a caretaker government as neither Netanyahu, who heads the right-wing Likud party, nor Gantz of the centre-left Blue and White could assemble a coalition government. With the agreement, the country avoids a fourth national election in less than a year-and-a-half.

The agreement also accedes to Likud demands that Israel annex parts of the West Bank, according to an Israeli TV report. That could happen as early as July.

Following two meetings on Monday, Likud and Blue and White released a brief statement saying that “an agreement for the establishment of a national emergency government” was being signed. The parties later released a joint statement with some details including that Netanyahu would remain as prime minister and Gantz would be prime minister-designate and deputy prime minister.

“We prevented fourth elections. We’ll safeguard democracy,” Gantz tweeted Monday evening after the agreement was signed. “We’ll fight the coronavirus and look out for all Israeli citizens. We have a national emergency government.”

The deal came together following reports that Gantz, who currently serves as Knesset speaker, threatened to put forth legislation that would have prevented Netanyahu from serving as prime minister during his corruption trial, which was postponed until May 24 due to the COVID-19 crisis.

The left-wing Labor Party is expected to join the government, Israel’s Channel 12 reported, and Netanyahu said there would be a government “with the right and without it.” The religious Yamina party had threatened to sit in the opposition if its demands to control judicial appointments were not met.

Along with its demands on the West Bank annexations, Likud’s insistence that the controversial nation-state law remains intact was part of the deal, according to reports.

Netanyahu’s party, which narrowly won the last elections in March, will hold the portfolios for the Internal Security, Health, Education, Interior, Transportation, Housing, Energy and Finance ministries and will appoint a new ambassador to the United Nations.

Blue and White will be in charge of the Defense, Justice, Foreign, Media, Sport and Culture, Economy and Welfare ministries. Gantz reportedly will take the position of defense minister.

The deal also gives Gantz veto power over the new speaker of the Knesset, which will be appointed by Likud after he steps down. Gantz has insisted that Yuli Edelstein, who resigned last month as speaker, not be reappointed.

Senior appointments such as to the Supreme Court and the military Chief of Staff will be frozen for six months and then must be agreed to by both parties. A “Coronavirus Cabinet” will be set up that is headed by both Netanyahu and Gantz.

In nods to Netanyahu, the deal allows a deputy prime minister to remain in office under indictment and receive an official residence.

According to the statement, “the government, once formed, will be defined as a national emergency government for a period of six months and no legislation unrelated to the battle against coronavirus will be brought in Parliament, without consent. In parallel, a negotiating team will be formed to discuss a policy outline for a prospective unity government over the long term.”