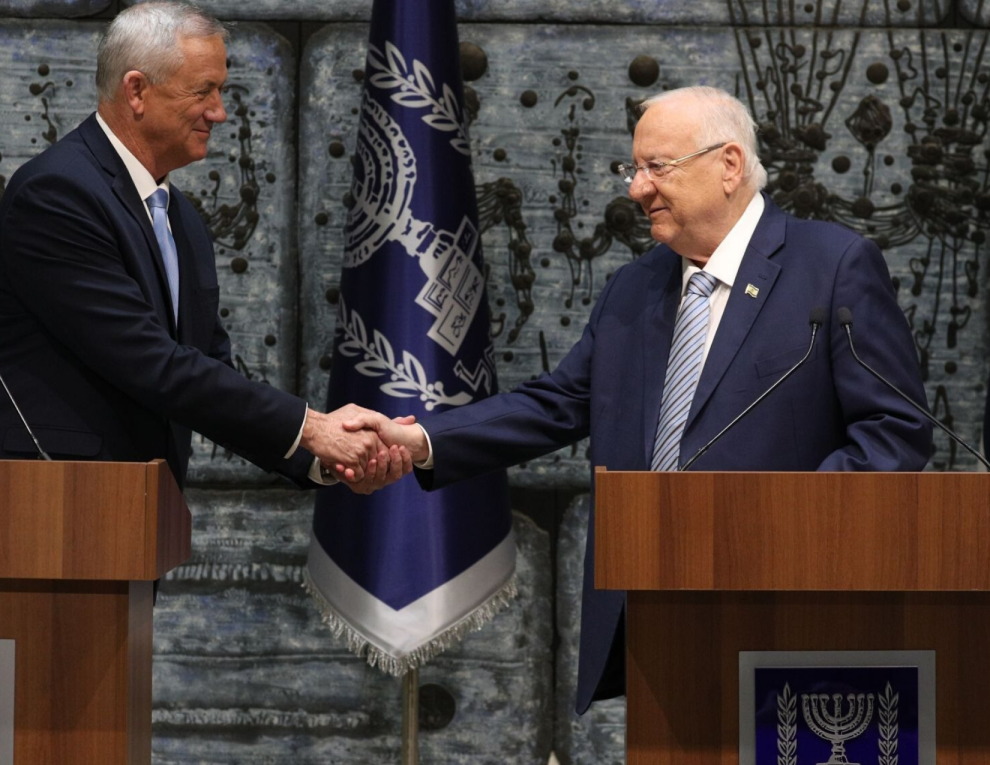 JERUSALEM (JTA) – Israeli President Reuven Rivlin on Thursday morning informed Benny Gantz that his mandate to form a government has ended, and that he has transferred the task of forming a government to the Knesset.

Gantz, head of the Blue and White party and speaker of the Knesset, had been tapped to form a coalition government after the March 2 election, Israel’s third in less than a year. On Sunday, Rivlin said that, “in the current circumstances,” he would not grant Gantz a two-week extension, usually a formality, to form a government.

Rivlin extended the two-week deadline by another two days on Monday after a joint request by Gantz and Prime Minister Benjamin Netanyahu, who said they were close to an agreement. Negotiators for Netanyahu and Gantz met past midnight on Wednesday night, but failed to finalize a deal.

Lawmakers now have 21 days to select one of their colleagues to form a government, if he or she gets 61 votes. This means that Gantz and Netanyahu also could form a working coalition during that time.

“I hope that the Knesset Members will be able to form a majority in such a way that a government can be formed as soon as possible, and to prevent a fourth round of elections,” Rivlin said in a letter to Gantz informing him of his decision.

Gantz’s Blue and White coalition fell apart over his decision to negotiate with Netanyahu. Gantz had promised during the last election, in March, that he would not share power with Netanyahu.

On Thursday morning, Netanyahu called Gantz to invite him to meet to discuss forming an emergency unity government, according to reports.