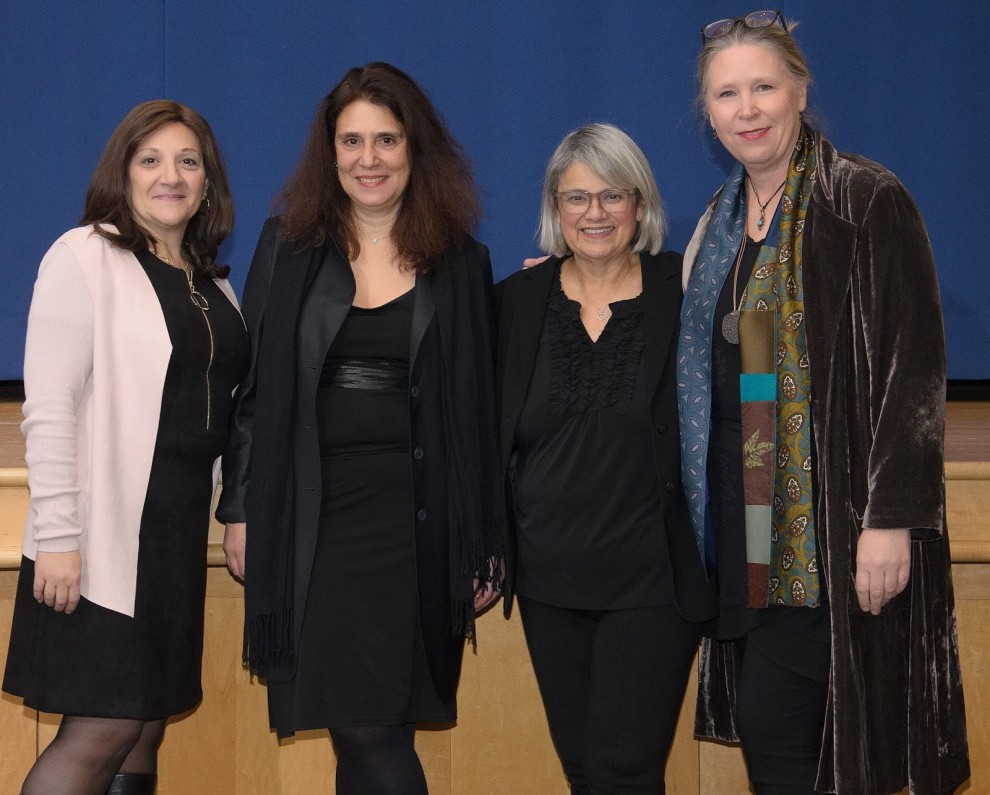 The lives and identities of exiled women writers were highlighted at an event commemorating Jewish refugees from Arab lands.

“We arrived in Paris in 1964. I was four years old,” said Chochana Boukhobza, as she began to describe her family’s exile from Tunisia.

Boukhobza, author of For the Love of the Father, and Nina B. Lichtenstein, author of Sephardic Women’s Voices: Out of North Africa, were the featured speakers at an evening commemorating Jewish refugees from Arab lands, organized by the Sephardi Association of Ottawa, November 25, at the Soloway Jewish Community Centre.

“The narratives of the departure of the Jews from Arab lands differ in detail by country, and from one family to another, but the substance of the stories are similar,” said Isabelle Benhamou, president of the Sephardi Association of Ottawa.

Since 2014, Israel has designated November 30 as a day of commemoration for the estimated 850,000 Jews displaced from Arab countries and Iran during the 20th century.

Benhamou noted that Jews had lived in Arab lands for thousands of years, and many of their communities preceded the advent of Islam. However, in the 20th century, “Arab regimes began a campaign of massive violations of the rights of their Jewish citizens.”

The Sephardi Association has “taken it upon ourselves to modify the narrative,” said Benhamou. “We have included speakers from various Arab countries, heard testimonies from families who have lived the exodus, and from writers… to ensure that the truth is never forgotten.”

“I tried to become French,” said Boukhobza, the author of 11 novels, plus documentary films and screenplays. “Until the day I understood, at 15, that it is pointless to try to resemble others at all costs, that our differences are our only wealth, that memories are dragged behind us… and that it is better to highlight them, to take ownership of them, to incorporate them into our present.”

Lichtenstein is a native of Oslo, Norway, who has lived in the U.S. since 1984. Her academic work focuses on the literature, culture and history of Jews primarily of North Africa.

Lichtenstein explained that her book, Sephardic Women’s Voices, introduces non-francophone readers to the “extraordinary journeys” and experiences of being “the other” of seven Sephardic women writers who came to France.

She noted a pattern in all their stories of being conflicted about belonging. However, “for French Jews, the arrival of the North African Jews was like a blood transfusion” for their community.

“It’s important to explain to our children where we come from… the Jewish/Arab identity is a beautiful thing,” said Boukhobza in reply to a question on “the complexity that all Sephardic Jews feel.”