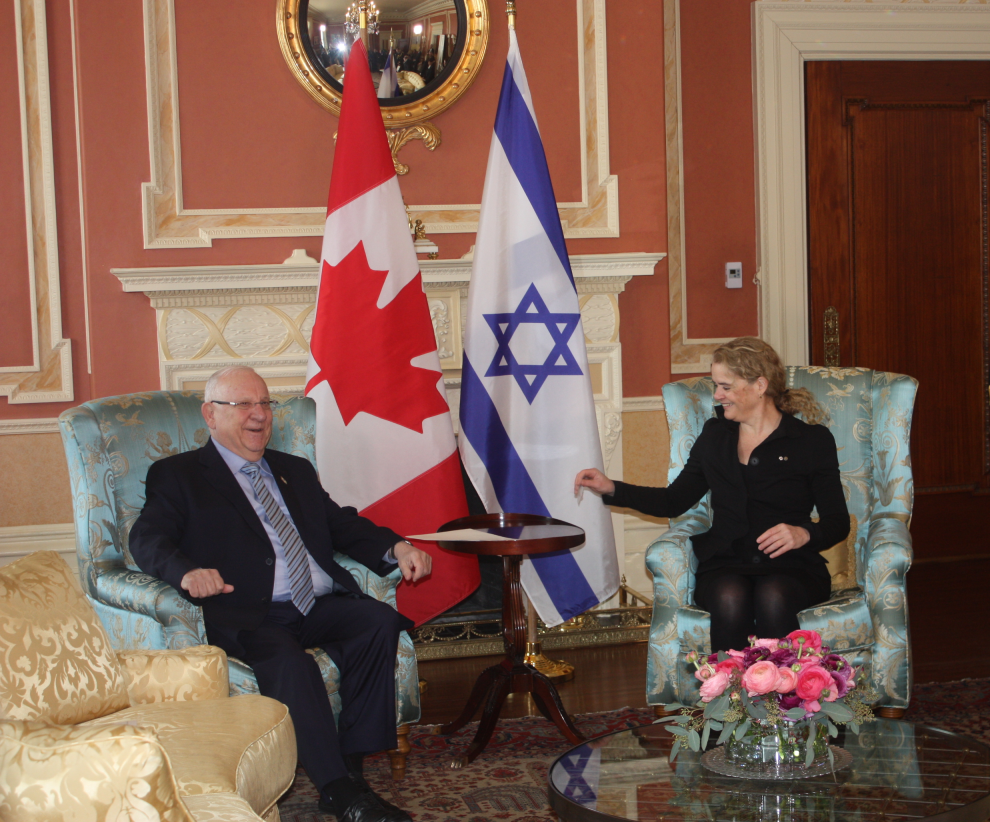 Israeli president thanks Canada for friendship and moral leadership

The close bond between Israel and Canada stems from our shared values, including commitment to immigration and diversity and “cherishing democracy, equality and leadership,” said Israeli President Reuven Rivlin during a state visit to Ottawa on April 1.

Rivlin also commended the Canadian government for its “long standing commitment to stability in the Middle East,” and thanked Prime Minister Justin Trudeau for “not only your friendship, but your moral leadership.”

Rivlin was speaking at a luncheon hosted by Trudeau for Rivlin at the Shaw Centre. 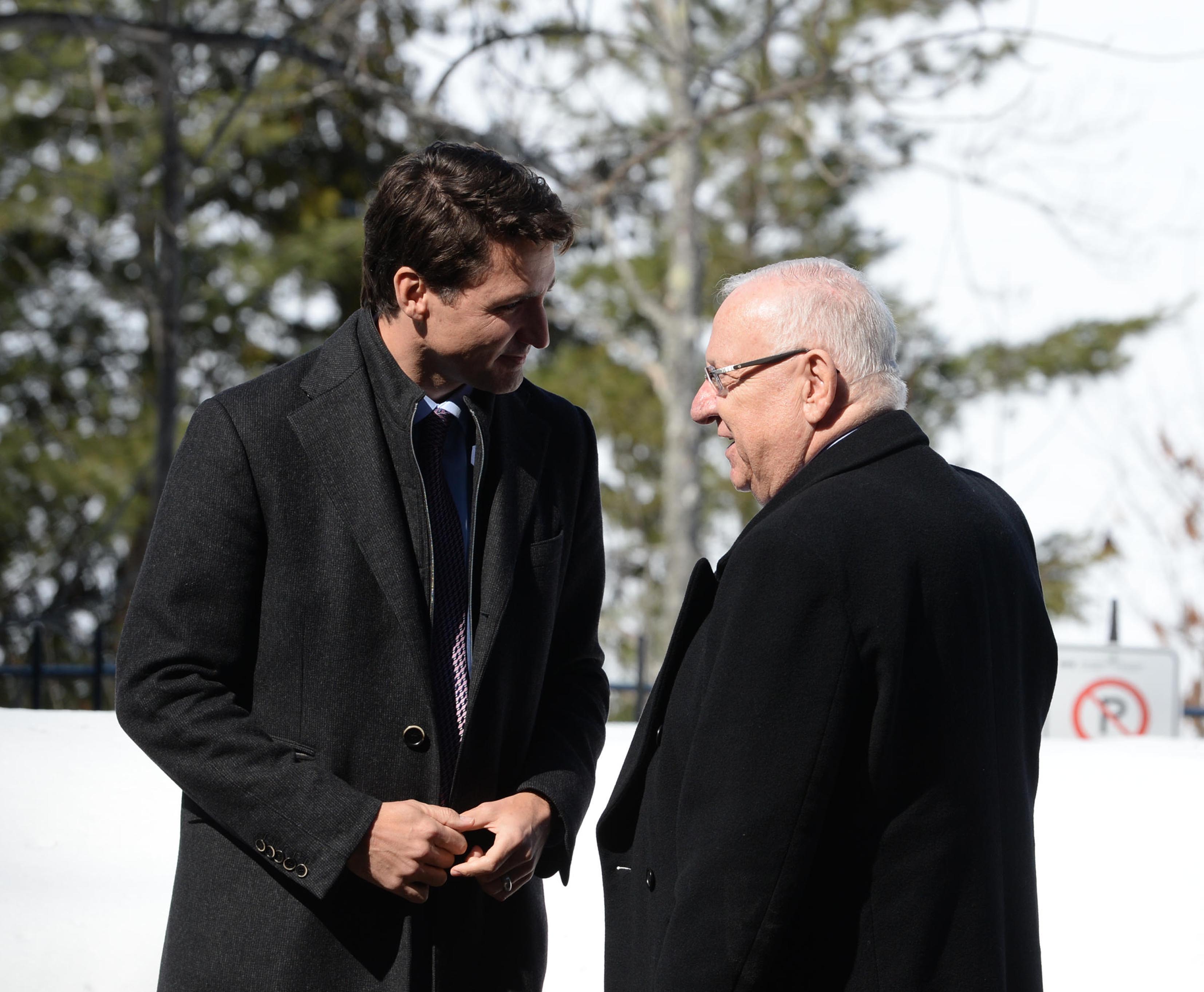 Trudeau said Canada would continue to work with Israel to combat hatred and anti-Semitism around the world, including through the International Holocaust Remembrance Alliance and the Global Campaign to Stop Anti-Semitism.

Trudeau said his government would continue to speak out, “in the most forceful away,” against the anti-Israel BDS (boycott, divestment and sanctions) movement and against the annual Israel Apartheid Week on university campuses as they “hold Israel to an entirely different standard than any other country.”

Before the luncheon Trudeau met with Rivlin at Wilson House, overlooking Meech Lake in Gatineau Park. 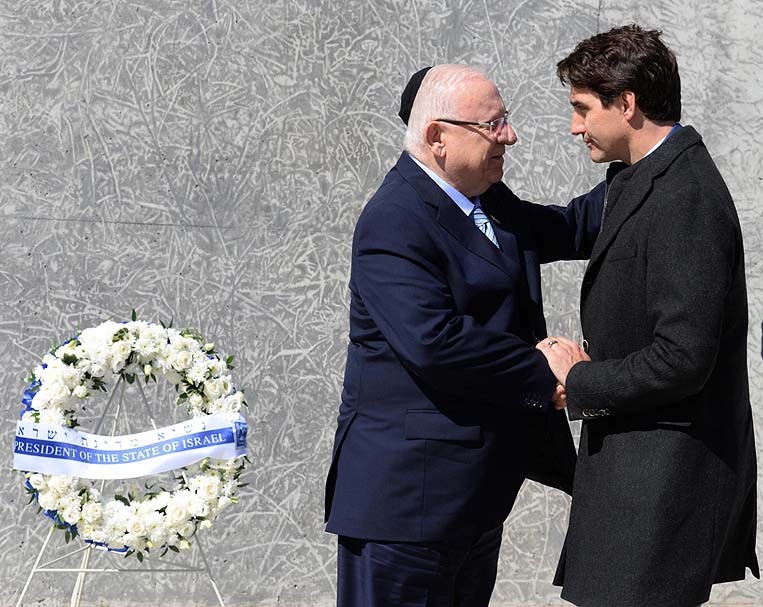 According to a statement from the Prime Minister’s Office, Rivlin and Trudeau “discussed the benefits of progressive trade and how the updated Canada-Israel Free Trade Agreement will help economic growth and create new opportunities and jobs for people in both our countries … paving the way for an even closer relationship … [and] agreed on the need to always speak out in the strongest possible terms against anti-Semitism wherever it occurs, and to confront and counter all forms of hatred.”

After the luncheon, Trudeau accompanied Rivlin to the National Holocaust Monument where the Israeli president laid a wreath in memory of the six million Jews murdered in the Holocaust.

Rivlin began his day in Ottawa with an official welcoming ceremony – with military honours – hosted by Governor General Julie Payette at Rideau Hall.

In remarks following an inspection of the military honour guard, Rivlin thanked Canada for playing a key role in the fight against “global terrorism that threatens the stability of our region and of the world.”

He also said Canada’s “vibrant Jewish community is a source of pride to all of us.”

Payette spoke about the importance of standing firm against discrimination, intolerance and hatred “in any form,” and said the president’s visit to Canada was testimony to the strength of Canada-Israel ties.

“On the global stage, Canada and Israel support each other quite often. Through collaboration, we create prosperity for our countries and solve the major common problems,” she said.

After the welcoming ceremony, Payette and Rivlin went inside Rideau Hall for a private meeting before emerging to plant a blue-beech tree on the grounds of Rideau Hall to commemorate the Israeli president’s visit to Canada.

“The long lifespan of the tree exemplifies the strong friendship between or two countries,” said Payette.

“This tree can live for more than 100 years. That is plenty of time to continue our relationship, since we have had bilateral relations for more than 70 years,” she added. 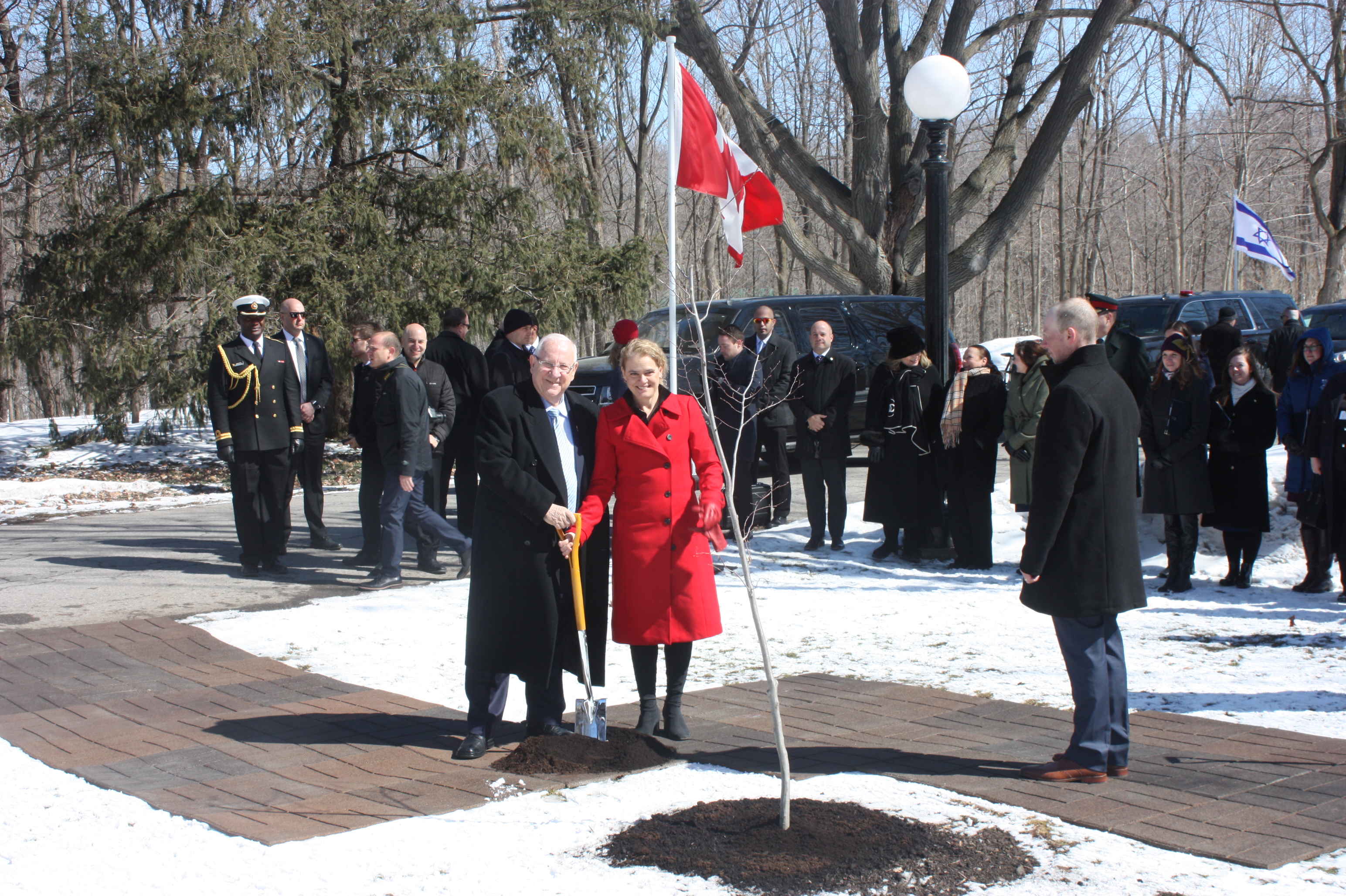 The day ended with a state dinner in Rivlin’s honour at Rideau Hall.

Rivlin’s visit to Canada marked 70 years of diplomatic relations between Canada and Israel. The visit began, March 31 in Niagara Falls, and was scheduled to conclude April 2, with events in Toronto.

Unfortunately, the Israeli president was forced to end his visit early on April 2 and return to Israel to be with his wife after her health suddenly deteriorated and she was placed on respiratory support. Nechama Rivlin had received a lung transplant on March 11.