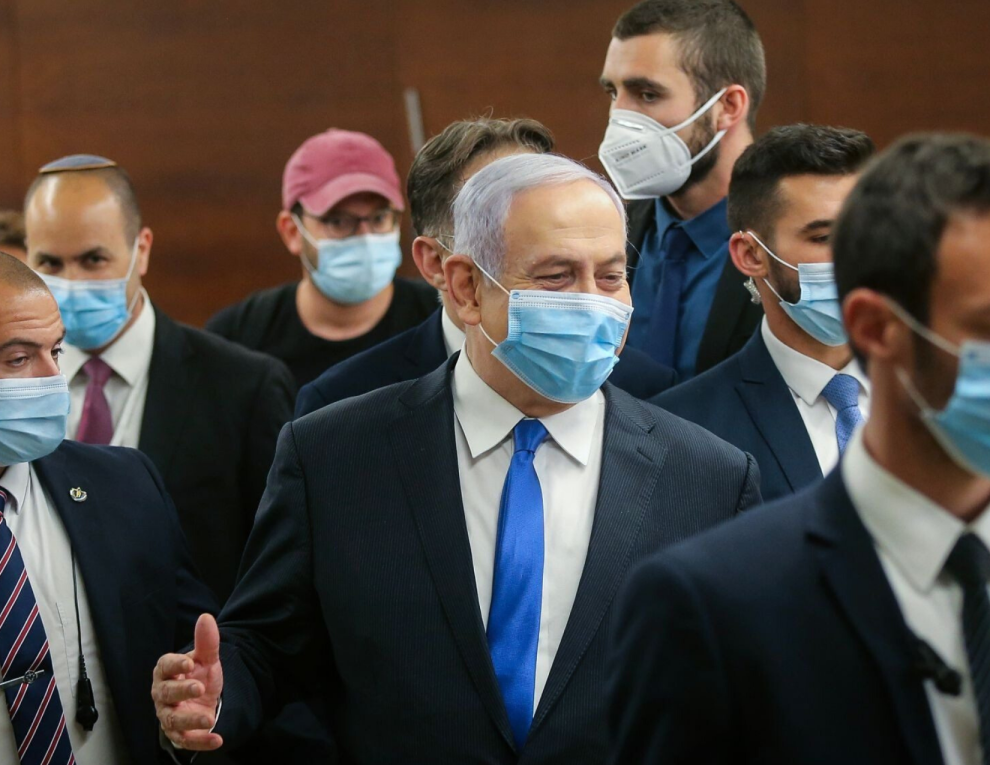 JERUSALEM (JTA) – After over a year and three national elections, Israel’s new government was officially sworn in Sunday afternoon.

The Knesset, Israel’s legislature, approved the government by a vote of 73 to 46. Thirty-six Cabinet ministers, the most ever, and 16 deputy ministers were also sworn in.

“The public wants a unity government, and that is what the public will get,” Benjamin Netanyahu, who remains prime minister, said in opening the Knesset session. He said the government would fight the COVID-19 pandemic and get Israel’s economy back on track.

Netanyahu also called for the annexation of Jewish settlements in the West Bank, saying: “The time has come for anyone who believes in the justness of our rights in the Land of Israel to join a government led by me to bring about a historic process together.”

The Likud Party’s Yariv Levin, formerly tourism minister, was approved as Knesset speaker with 71 votes. He replaces Benny Gantz, who resigned in order to become defence minister and prime minister-designate.

Under the coalition deal for the so-called emergency unity government, Netanyahu will remain in his position for the next year and a half and then be replaced for the same amount of time by Gantz. Netanyahu said Gantz would become prime minister on November 17, 2021.

“The people told us to stop fighting and start working for them,” Gantz said, citing his “national responsibility” to form the unity government.

Gantz will open a vice-prime minister’s office, in addition to his Knesset office and his office at the Defense Ministry, signaling that the new coalition could be a contentious one.

Meanwhile, Netanyahu’s corruption trial is scheduled to begin May 24.

Photo: Israeli Prime Minister Benjamin Netanyahu in the halls of the Knesset after the swearing-in of the new government on May 17, 2020. (Alex Kolomoisky/Pool)