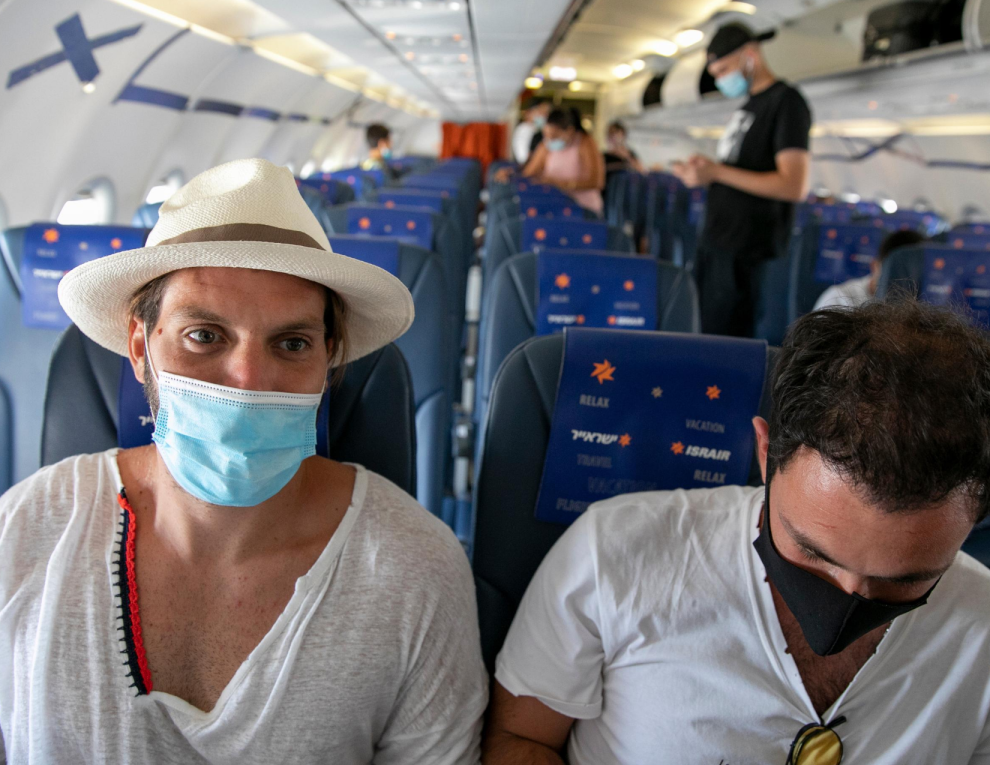 Can Diaspora Jews visit Israel during the COVID-19 crisis? The rules keep changing.

JERUSALEM (JTA) – Like many French Jews, Agnes Mimoun used to take her ability to freely travel to Israel for granted. Getting here was as easy as booking a ticket online and grabbing a cab to Charles de Gaulle Airport for the 4 1/2-hour flight to Tel Aviv.

But for the past month, this mother of three from the heavily Jewish Paris suburb of Sarcelles has been desperately trying to convince the Israeli Embassy in Paris to let her enter the country to attend her son’s wedding next month.

“They don’t answer, either by phone or by mail,” Mimoun complained. “On their website there’s an option to make an appointment, but it’s only in October. I feel like I’m trying to get out of Egypt. It’s very stressful not to know if I’ll be able to be there.”

Mimoun’s experience is far from unique.

In March, with COVID-19 cases mounting, Israel, which has long billed itself as a refuge for world Jewry, shut its doors to non-citizens, effectively barring half of the world’s Jews from the Jewish state during one of the worst public health crises in decades.

Jews around the world were disappointed. One prominent French Jewish media personality called the ban an “existential issue” in an April interview with the Israeli newspaper Haaretz, saying it was unprecedented for Israelis to bar visitors to protect themselves from other Jews.

In recent months, the country has worked to loosen some restrictions while preserving others, creating a patchwork of policies that have left Jews worldwide confused about whether they can visit Israel and what it takes to get there.

Multiple high-profile cases have drawn attention to the difficulties of coming and going amid the current restrictions. In one, first reported by Reuters, it took months for a three-year-old Israeli girl who had gone to visit her grandmother in Ukraine to be able to get home because her grandmother could not escort her under Israel’s rules. In another, Indian citizens who study and work in Israel were unable to return to their jobs and schools because of the ban on non-citizen entrants.

And a small but significant number of couples – those with one member who is not Israeli, whose interfaith or same-sex marriages are not recognized by Israel’s rabbinic authorities – have also been separated because of the travel restrictions.

As Israel’s COVID-19 response has evolved, the government has taken some steps to address family reunification. On July 13, the Population and Immigration Authority announced that limited classes of non-citizens, primarily nuclear family members, would be allowed into the country for lifecycle events such as births and weddings.

But navigating Israel’s bureaucracy is difficult at the best of times. Now, with the country in crisis, many are finding navigating the new regulations to be intensely frustrating and difficult.

Anyone coming for a family event must fill out an online form, provide a copy of their passport and ticket, and get special medical insurance to cover them if they get COVID-19 in Israel. They also must prove a familial relationship, submit copies of the Israeli ID cards of the people they are coming to visit and provide the address where they will quarantine for two weeks upon arrival.

Grandparents coming to meet new grandchildren must obtain a doctor’s note stating the due date. People travelling to celebrate a bar or bat mitzvah must supply an invitation. Israelis who wish to bring in their spouses from abroad must submit paperwork to the Interior Ministry – and provide a copy of their ketubah, or Jewish wedding contract, which not everyone has.

One French Jew told the Jewish Telegraphic Agency that she has spent the last month seeking permission to visit her pregnant daughter in Israel but has run into obstacle after obstacle.

“They always tell me that there is something missing,” the woman said about officials at the Israeli consulate. She asked to be identified only as Joelle because she did not want to jeopardize her efforts to gain entry.

“I submitted all of the paperwork at least five times,” she added. “It’s very frustrating. I’m not asking to come on vacation and suntan on the beach. My daughter is giving birth soon.”

Israel continues to allow new immigrants into the country through a process that now includes a quarantine period. (Most of the new immigrants who have arrived began the process before the pandemic, although a group that helps North American Jews make the move says applications reached record levels in recent months. Applications from French Jews have tripled this year, according to a report by the French news agency AFP.)

Fed up with trying to get a permit to visit, Joelle considered applying for Israeli citizenship in order to make it in time for her grandchild’s birth. It didn’t come to that: After weeks of grappling with documents and bureaucrats, she successfully navigated the new rules and now is in quarantine in Israel.

The process could soon become easier for grandparents of babies born in Israel since March 1. Michal Cotler-Wunsh, a member of the Knesset, posted a video message on Facebook on Tuesday announcing a new process for bringing grandparents into the country.

“After hundreds of you reached out to my office, and after weeks of hard work, I am so happy to report that your parents will now be able to come meet your new babies and that you will be able to get the hug and the help you deserve!” Cotler-Wunsh said in a message addressed to those  have immigrated to Israel. Applications must be filed by Sept. 18, she said.

But even as lawmakers come up with case-by-case solutions, another policy is exacerbating tensions around Israel’s pandemic travel restrictions.

In June, the government announced that some foreign university students – primarily graduate students involved in research projects – could begin returning. After some back and forth, the government also included students coming to study in the country’s yeshivas and seminaries in what has become a rite of passage in the [North] American Orthodox community.

Now more than 17,000 foreign students are in the process of flowing into the country, even as other Jews abroad are unable to gain entrance. Dr. Ronni Gamzu, a leading physician who was appointed in late July to get Israel’s COVID-19 outbreak under control, expressed concern about the yeshiva plan but said the decision had preceded his appointment. He said inspectors would be deployed to make sure the students adhere to public health regulations, including studying only in small pods.

Interior Minister Aryeh Deri defended the decision to allow in yeshiva students, calling Israel “the national home of all the Jews in the world” and comparing it to a mother who cannot reject her children.

Yet the parents of yeshiva students will not be allowed to visit under Israel’s current rules. That has even parents who are happy that the pandemic has not derailed their children’s plan to study in Israel unnerved by the travel restrictions.

“I’m so happy that she’s going,” said Rina Greenwald of Cedarhurst, New York, whose daughter Eliana is planning to spend her second year at an Israeli seminary. “She’ll grow as a person and in her love of Israel.”

But while she was happy that her daughter would be able to return, Greenwald also said that she found it disturbing that travel to Israel – including her own – is still restricted.

“It’s a little bit scary,” she said. “You want to know you always have Israel there for you.”