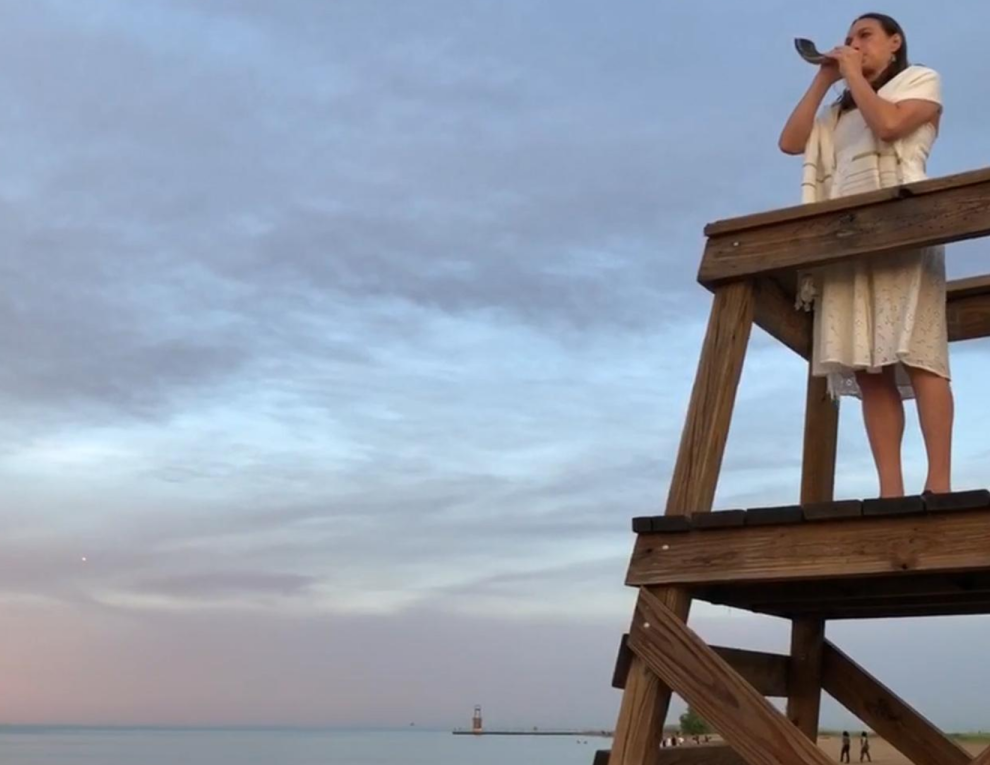 (JTA) – When Passover arrived just a few weeks after the pandemic set in earlier this year, it was clear that seders with families and friends would not be happening.

Five months later, as Jews around the world prepare for the High Holidays, calculating risk has become much harder. The pandemic seems under control in some places but is still raging in others; some people are staying home as much as possible while others have practice going out safely; and the costs of disruption and isolation are beginning to feel more acute.

That means the questions surrounding how to observe the holidays have murkier answers: Is it safe to do Rosh Hashanah dinner with the grandparents? What about our annual Yom Kippur break-fast with the neighbours? Can we still go sukkah hopping?

We spoke to two epidemiologists who have been advising Jewish communities during the pandemic about the risks involved in these classic High Holiday traditions and more. Here’s what they told us.

While many non-Orthodox synagogues are planning to hold services exclusively over livestream, some synagogues, including many Orthodox ones, are planning to gather for in-person services, often truncated or otherwise adjusted to minimize disease risk.

Among the most important ways to keep these services safe is maintaining distance between people, requiring masks, screening for illness or exposure to the virus and ensuring proper air flow.

Eili Klein, a professor of emergency medicine at Johns Hopkins Medical School in Baltimore, said he won’t be attending in-person services this year. But for those who are, he said, outdoors is better.

Klein cautioned that large tents erected by some synagogues to allow outdoor services might carry similar risks to being indoors. You want to be sure you’re not gathering in a place where the air flow might not be very good, he said, and the centre of a large tent can easily be one.

“This gets into fluid dynamics and all these things where, if you’re getting to that level, you’re probably getting to a place where that’s not a good idea,” Klein said.

Rabbi Dr. Aaron Glatt, the chief of infectious diseases and hospital epidemiologist at Mount Sinai South Nassau on Long Island and an assistant rabbi at the Young Israel of Woodmere, a large Orthodox synagogue in Long Island’s Nassau County, said he would feel comfortable praying at an indoor or outdoor minyan “if they’re done properly.”

How can an indoor service be done properly?

For Glatt, that means screening participants for illness or exposure to the virus, maintaining at least six feet of distance between people and keeping masks on while indoors.

And it’s not just about keeping to the guidelines while the services are taking place, he said. The safety of the in-person services depends on people adhering to safety guidelines in their lives outside of synagogue as well.

“If you wish to be in public places like a minyan then you have to take the guidelines seriously, which means you’re masking and social distancing as best as possible at all times,” Glatt said.

Hearing the shofar blown on Rosh Hashanah and Yom Kippur is considered a sacred commandment, so some synagogues are offering standalone shofar-blowing services outdoors to accommodate those who do not feel comfortable attending services in person.

Both Klein and Glatt agreed that a short, outdoor shofar-blowing service would be relatively safe. But keeping people distanced and wearing masks is key.

Some have suggested covering shofars with masks to prevent the virus from being dispersed when they are blown. Glatt has suggested that having someone blow the shofar who has already recovered from COVID-19 would be ideal, but he said the actual blowing of the shofar is unlikely to be a major risk.

“Do it in the street, do it outside, have a set number of people showing up so you don’t have more people than you expect,” he said.

Klein believes that outdoor situations with proper social distancing and participants largely wearing masks would be a “fairly safe environment,” even with a somewhat large gathering.

“The problem becomes, in any of these situations, if you have people violating those things, then that puts everyone at risk,” he said.

Risks are involved in getting together with people outside of your immediate bubble, according to Klein and Glatt. But there are ways to gather in small groups safely, beginning by keeping the gathering outside and guests from different households far apart.

“Outdoors is better than indoors,” Klein said. “That reduces the risks dramatically.”

Both Klein and Glatt said the main problem with big meals is the gathering of people, not the sharing of food.

“There’s been a lot of evidence that this does not seem to be spread by food,” Klein said, meaning that giving gifts of food could be a way to celebrate the holiday without gathering in groups.

Glatt said he would have one family, not a lot of different people.

“Assuming the parties are all responsible, an outdoor meal is doable,” he said.

Still, if you live where the virus is still largely uncontrolled or if someone you’ve invited may have been exposed to the virus, it’s best for everyone to stay home. And people who may be particularly vulnerable to the disease, including the elderly and those with other medical conditions, may want to avoid any risk at all.

Most Jews don’t include travel to Ukraine as part of their High Holiday traditions, but every year tens of thousands of Orthodox Jews belonging to the Bratslav Chasidic sect head there for a Rosh Hashanah pilgrimage to the grave of Rebbe Nachman of Bratslav.

Last week, Ukraine decreed that foreigners would not be able to enter the country until the end of September, in part to keep out the pilgrims (some have already arrived in the country). But some lawmakers in Israel and the United States are pressing for a small number of pilgrims to be admitted.

“Should I go to Uman?” was one item in Glatt’s latest update to members of his community. His answer: “NO. Absolutely no. … Uman could be the world’s worst COVID-19 super-spreader event.”

Fasting on Yom Kippur – and breaking the fast

There’s no reason to avoid fasting on Yom Kippur during a pandemic if you are otherwise able to do so, Glatt said. But the calculation would be different for someone who has the virus, as it is for anyone with special medical conditions.

When it comes to sharing a Yom Kippur break-fast with friends or neighbors, the same guidance would apply as to a Rosh Hashanah dinner: Outdoors is better than indoors, distancing should be in place and the groups of people who do not live together should be kept to a minimum.

This may be more challenging at break-fast, which often features buffet setups. The danger in a buffet is less likely to be sharing utensils – although offering hand sanitizer probably isn’t a bad idea – but in the way diners are encouraged to congregate near each other. If you’re hosting, you probably want to think about how your guests will get their food.

For some communities, sukkah hopping, in which people (often kids or families) visit several sukkahs and eat something in each one, is a classic Sukkot holiday ritual.

Sukkahs would seem to be perfectly designed for the pandemic because they are not enclosed. Still, because many sukkahs are small in size and sukkah hopping often involves many people, Klein and Glatt said the activity would need to be seriously modified to be safe.

“Any activity which has mixing with a large group of people either serially or in a big group is not a safe activity,” Klein said.

Klein suggested keeping the time spent inside the sukkahs to a minimum so people aren’t crowded in small spaces for prolonged periods of time. If that can’t be done, sukkah hopping should be avoided.

“It’s not something that it’s going to be terrible if we don’t have the children go to a sukkah hop,” Glatt said. “It’s a fun thing, but sometimes we don’t do fun things because of pikuach nefashos [saving a life].”