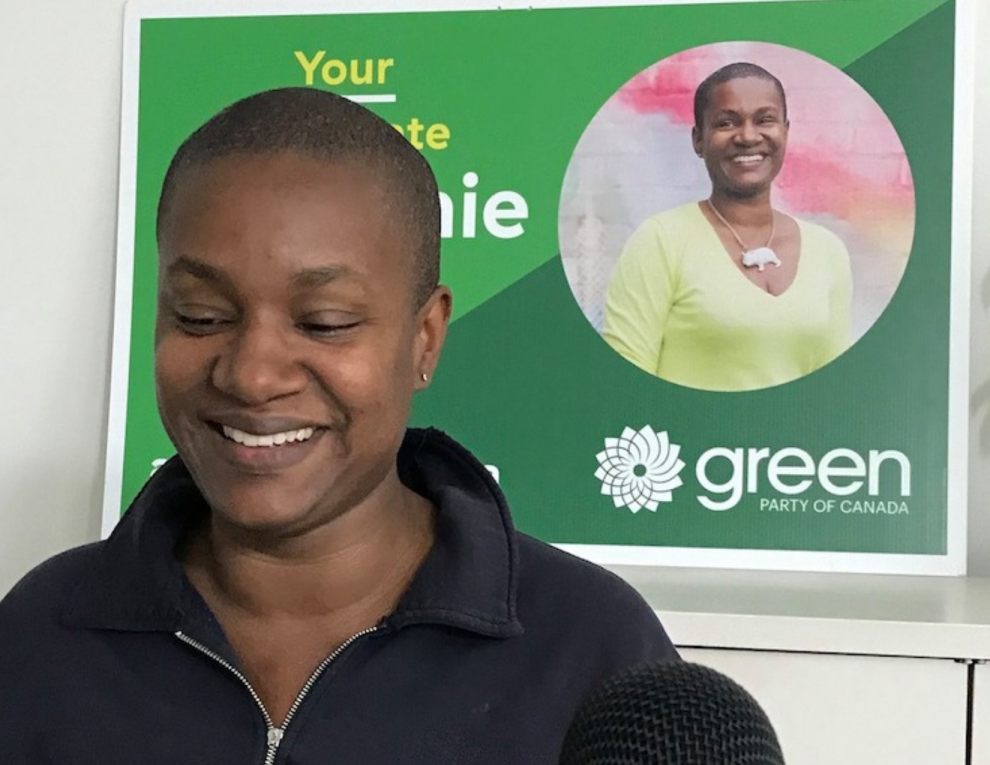 (JTA) – Toronto attorney Annamie Paul made history when she was elected leader of the Green Party of Canada on Saturday evening.

Paul, 47, is the first Black permanent leader of a major federal political party in Canada, and the second Jewish person. David Lewis, leader of the federal New Democratic Party from 1971 to 1975, was the first Jew to lead a federal party.

The daughter of Caribbean immigrants to Canada, Paul converted to Judaism in 2000 while working on a master’s degree at Princeton University. Her conversion was supervised by the director of the campus Hillel, a Conservative rabbi. Paul has been married to Mark Freeman, a Jewish international human rights lawyer, for nearly 25 years, and is the mother of two teenage boys.

“It’s a faith that has really spoken to me: the universality, the humanistic values … I’m very much guided by the idea that if you save one person, you save the world,” Paul told the Jewish Telegraphic Agency about her relationship to Judaism in June.

Paul faced some racist and antisemitic attacks during the campaign to head the Green Party, including being called the N-word in online comments during a virtual town hall, and a “f**king Jew” in a live chat, the CBC reported.

Paul has previously worked as an adviser at the International Criminal Court in The Hague and as a political officer in Canada’s Mission to the European Union in Brussels.

The Green Party currently holds three seats out of 338 in the House of Commons. Paul is the Green Party candidate in the October 26 byelection in Toronto Centre triggered by the resignation of former finance minister Bill Morneau.

Read our June interview with Paul at this link.

The Ottawa Jewish Bulletin contributed to this report.