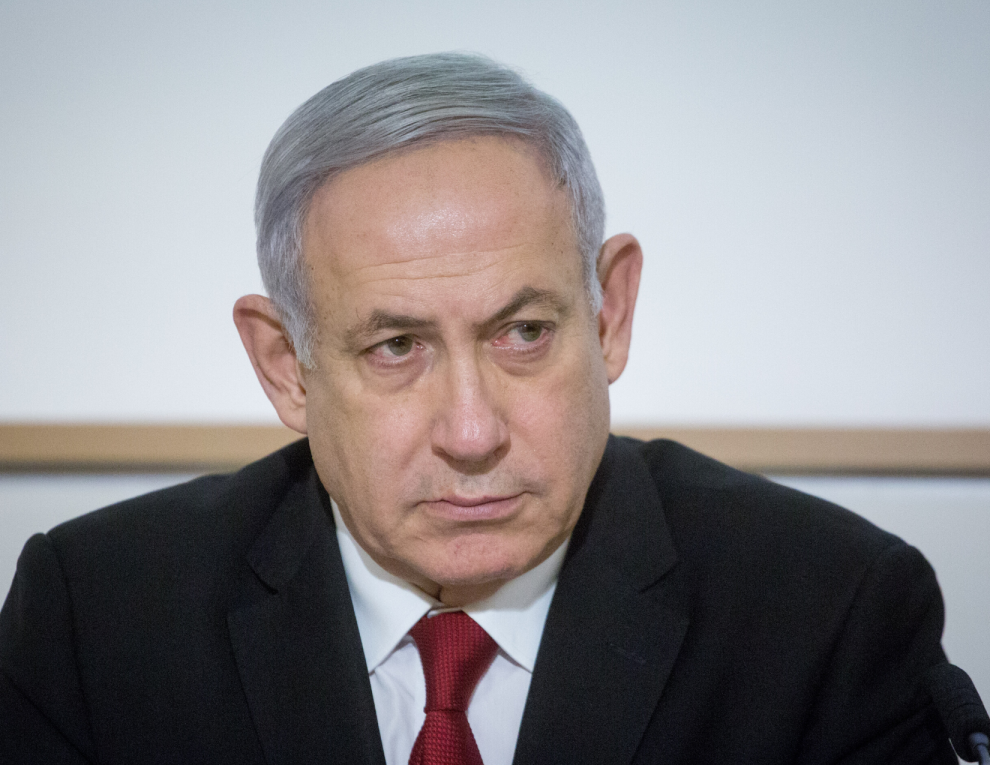 JERUSALEM (JTA) – After more than three years of investigation, charges in three cases and three national elections, Israeli Prime Minister Benjamin Netanyahu will enter a Jerusalem courtroom Sunday for the start of his corruption trial.

Netanyahu was indicted more than a year ago on three charges. Two have to do with allegations that he bought himself positive press, and the third alleges that he received illegal gifts from a rich donor. He has denied them all and called the investigations against him a “witch hunt.”

Netanyahu’s trial was delayed by two months after emergency measures put in place to battle the coronavirus pandemic effectively shut Israeli courthouses. Now with Israel’s infrastructure creaking back to life, the district court here is open for business again.

During that time, Netanyahu narrowly managed to hold onto power – meaning that on Sunday he will finally become Israel’s first sitting prime minister to go on trial. (Every other prime minister for the past two decades has been investigated; Ehud Olmert, who ultimately went to jail for corruption, resigned prior to his indictment.)

Here are five things to know as the trial gets underway.

1. Netanyahu will make only limited appearances in court.

Every day that Netanyahu spends in the courtroom keeps him away from other government business – and deepens the troubling optics of having Israel’s leader sitting at the defendant’s table.

Netanyahu last week asked the three-judge panel hearing his case to excuse him from the first day of the trial, claiming in part that his five bodyguards would violate the Health Ministry guidelines setting limits on the number of people allowed in the courtroom and that the first day is just a “technical” discussion among the attorneys.

The judges responded that he had to be there for the trial’s first day.

But the judges likely will not insist that Netanyahu show up for every session after the first one, according to Israel Democracy Institute researcher Amir Fuchs. Still, Fuchs notes, he will need to be briefed and consulted with after every court session.

“He will have to be inside the process even if he is not physically there,” Fuchs said.

2. The trial could last at least a year – and a final verdict could take longer.

Olmert’s did, even with the court meeting several times a week. In Netanyahu’s case, it could be several months before court is in session in the trial again since the defence must be given time to review all the materials generated during the investigation. When the court reconvenes, it could hear over 300 witnesses for the prosecution, according to reports.

That means the trial could take up to a year, and with appeals to the Supreme Court, a final verdict could take even longer. Olmert’s appeals after his conviction, for comparison, took more than three years.

Even if the court rules in Netanyahu’s favour, the saga may not be over. In Israel, the prosecution can appeal a court’s acquittal of a defendant, and often does.

3. Netanyahu will probably be able to serve out his term as prime minister.

According to Israeli law, a prime minister who has been convicted of a crime must step down – but only once there is a final verdict. Under the terms of a governance deal that Netanyahu struck this month, he is set to remain prime minister only for 18 months before handing the reins to his coalition partner Benny Gantz on Nov. 17, 2021.

After that date, Netanyahu is set to take on the title of deputy prime minister. That could cause trouble for him, even if a final verdict still has not been reached. That’s because other government ministers and lawmakers do have to resign or take a leave of absence while under indictment.

But a recent lawsuit suggests that things won’t be cut and dry then, either. In response to a lawsuit making the case that Netanyahu should not be allowed to form a government while under indictment, the court ruled that it did not have the legal grounds to interfere with the workings of the Knesset, or the executive branch.

Once Netanyahu steps down as prime minister, the court will likely be asked to force him to resign. Doing so would require undermining the precedent it just set.

4. Netanyahu is not the only person on trial here.

A host of prominent Israelis will parade through the courtroom. Also on trial are Arnon Mozes, publisher of the daily Hebrew-language Yediot Acharonot newspaper, and Shaul and Iris Elovitch, the controlling shareholders of Israel’s Bezeq telecommunications company and also owners of the Walla news website. They are charged with providing Netanyahu with favourable coverage in exchange for political favours.

Also, three former government workers whom Netanyahu hired are expected to testify against him. Shlomo Filber was the director-general of the Communications Ministry who allegedly proposed regulatory changes to benefit Elovitch at Netanyahu’s request. Ari Harow was Netanyahu’s former chief-of-staff and recorded Netanyahu’s in-person meetings with Mozes. And Nir Hefetz was a Netanyahu media adviser and spokesman who allegedly directed the positive coverage of the prime minister on Walla. All have been given immunity from prosecution.

5. The trial will not be televised.

Israelis who are eager to hear what the star witnesses and others in the trial have to say are likely to have to get their information after the fact. In a pilot program launched last month to make Supreme Court proceedings more transparent, the high court streamed a hearing. But while there have been calls from many quarters asking the Jerusalem court to televise the Netanyahu trial, thus far there are no plans to include it in the pilot.