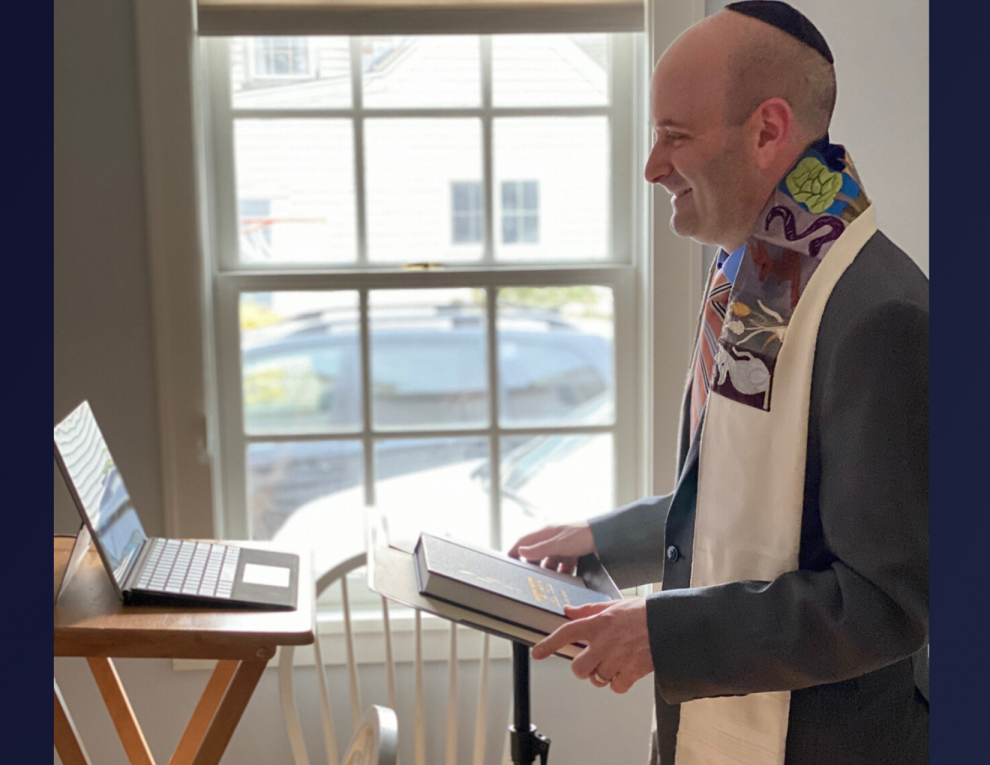 (JTA) – The Conservative movement issued a ruling allowing congregations to livestream services on Shabbat and holidays during the COVID-19 pandemic.

Noting the “unprecedented time” brought on by the virus, the movement’s Jewish law authorities voted Wednesday to allow livestreaming with a number of caveats, including that the equipment be set up in advance or that a timer be used to avoid the active use of electricity on Shabbat and holidays.

The Committee on Jewish Laws and Standards adopted the ruling by a vote of 19 in favour, three against, and three abstentions.

The ruling, written by Rabbi Joshua Heller of Congregation B’nai Torah in Sandy Springs, Georgia, notes that it is applicable to the current situation only and that “its conclusions will need to be reassessed as we transition to a ‘new normal.’”

The question of livestreaming on Shabbat and holidays had already been under debate within the movement prior to the pandemic.

“This question took on a dramatic new urgency as almost every synagogue in the world was forced to suspend in-person physical worship, and even as some begin to re-open, it is likely that it will be many months before large groups can assemble together safely,” Heller wrote.

Heller also addressed concerns that allowing livestreaming could lead people to do other things prohibited on Shabbat or holidays.

“The wider intrusion of technology into Shabbat and Yom Tov worship will require greater fences to preserve the sanctity of the day,” he wrote. “It is a short step from watching services to emailing, online shopping, and other activities which violate the letter and spirit of the law.”

Traditionally, Conservative and Orthodox congregations have not allowed livestreaming on Shabbat or holidays as it violates the prohibition against using electricity. However, some Conservative synagogues livestream anyway and more have started doing so since they were forced cancel in-person services due to the pandemic.

In March, leaders of the law committee issued a crisis declaration allowing the recitation of the Mourner’s Kaddish with a prayer quorum, or minyan, convened online, saying that congregations that follow it “would have to use a multi-way link that allowed participants to see and hear each other.”