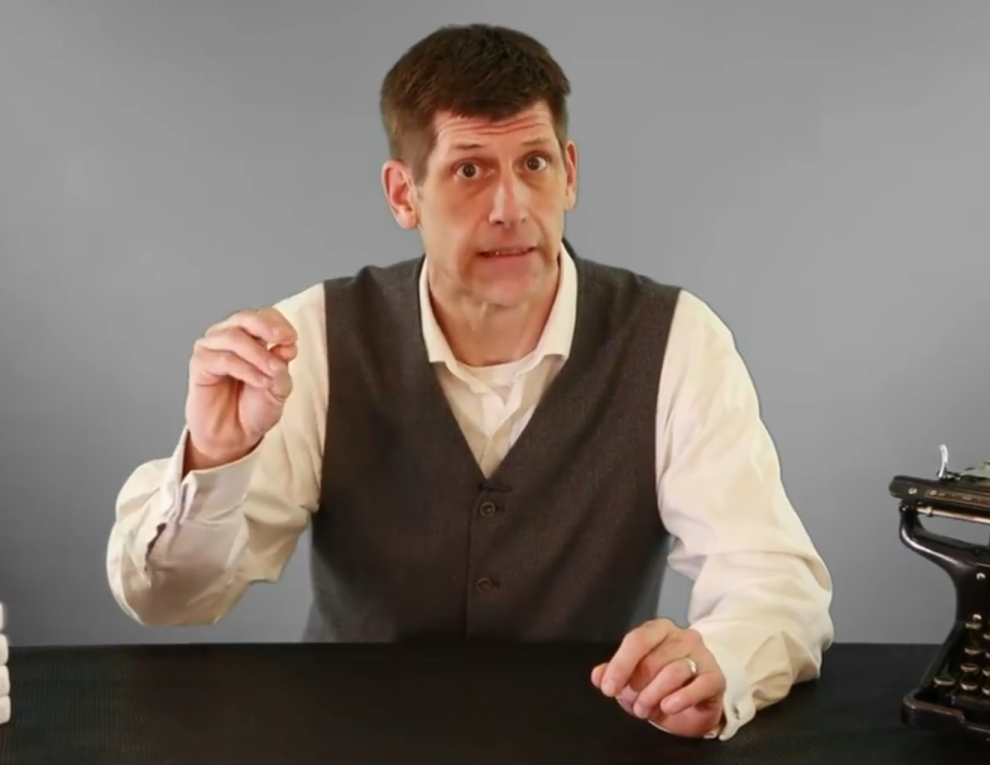 Canadian Jewish Views is a new series of short weekly videos launched last month by the Centre for Israel and Jewish Affairs (CIJA) that spotlights initiatives and the viewpoints of Jewish communities and individuals.

Hosted by Martin Sampson, CIJA’s Ottawa-based vice-president for communications and marketing, each tightly-edited episode features contributors from across the country and occasionally beyond – Jewish Federation of Ottawa President and CEO Andrea Freedman and Israeli author and former Knesset member Einat Wilf were featured in the second episode which can be seen at this link – discussing local projects or offering opinions on current issues, as well as a dose of the affable Sampson’s humour.

In a conversation with the Ottawa Jewish Bulletin, Sampson explained the decision to launch Canadian Jewish Views was made while the entire country was sheltering at home due to the COVID-19 pandemic.

“We’ve been really overwhelmed by the extremely positive response we got to the first couple of episodes,” Sampson said. “Our goal is to provide an opportunity for people within the organized [Jewish] community across the country just to say ‘this is what’s happening in my neck of the woods.’

“We had a sense that people might be interested in hearing what’s going on in other parts of the country, but the feedback has been overwhelmingly about that.”

CIJA, Sampson said, soon realized that Canadian Jewish Views was a way for it to contribute to community discussion.

Sampson explained that – like so many others – he is currently working at home and has been producing Canadian Jewish Views in his basement using video-editing software that he downloaded and quickly had to learn to use.

“The first all-nighter that I’ve had since university was working on episode 1 of the show,” he explained in response to a question about how long it takes to produce a 10 or 12-minute episode, noting that he does receive help from some of his CIJA colleagues and that the amount of time each episode takes has been getting shorter as he’s mastered the learning curve of how to do it.

“It’s become manageable,” Sampson said, “but it took a few weeks. Last week was easier and this week, for sure, will be even easier.”

Asked about the role of humour in the show, Sampson explained there was a pilot episode produced that was just seen in-house by CIJA colleagues and that had humour was central throughout it. Many felt the humour helped make the pilot fun to watch.

So, Sampson’s comedic asides have become an essential component to Canadian Jewish Views and “we’ve had a really positive response to that,” he said, while noting that the use of humour segments must be well-placed.

“What we can’t do is cheapen the subject matter with schticky humour. Humour is fine but humour that doesn’t respect the very serious subject matter that we are tasked with advancing is not fine,” he added.

“The other thing that I hope is coming through is that I’m really involved in a genuine love affair with the Jewish community,” said Sampson, who is not Jewish. “The Jewish community has given me far, far more than I’ve taken from it.

“The last seven years working at CIJA, being involved with the community, advancing the issues that are important to the community, has been the greatest honour of my professional career,” he said.

Canadian Jewish Views, Sampson said, “is a love letter to the Jewish community across the country while also providing an opportunity for people to share some serious messages.”

Episode 1 of Canadian Jewish Views can be seen at this link.

Episode 2 of Canadian Jewish Views can be seen at this link.

Episode 3 of Canadian Jewish Views can be seen at this link.

Episode 4 of Canadian Jewish Views can be seen at this link.

A new episode of Canadian Jewish Views is posted to CIJA’s Facebook page and YouTube channel every Thursday.