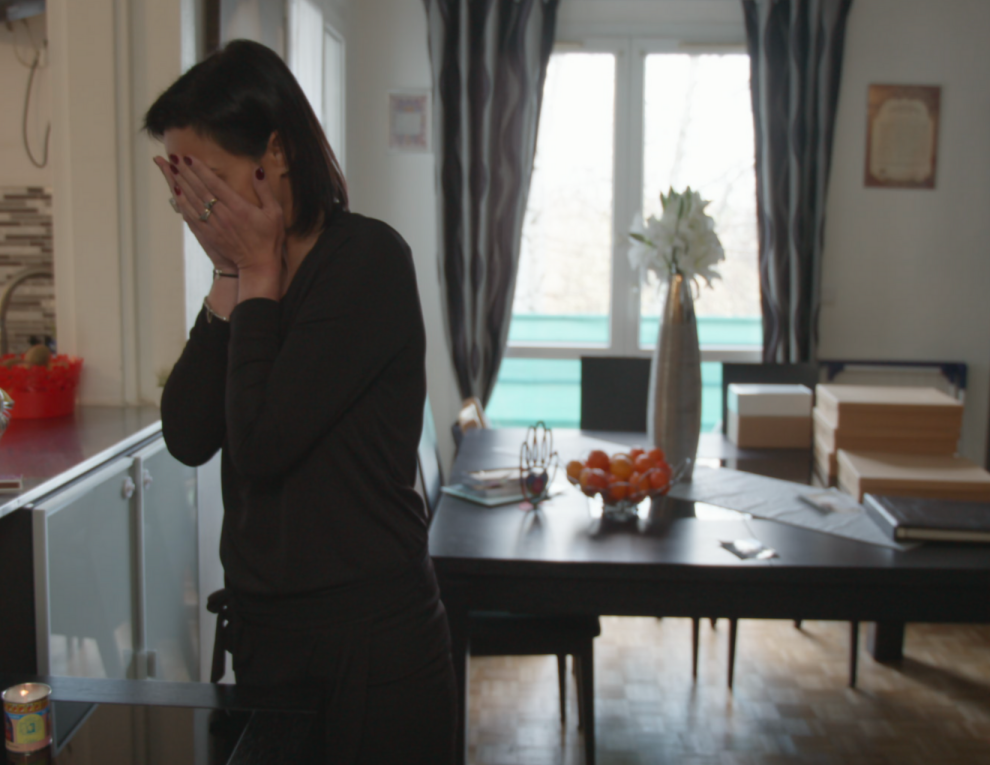 (J. The Jewish News of Northern California) – Any person who follows the news knows that antisemitism is on the rise around the world. As it has spread, so has our insight that this is a hatred with many faces, a many-headed monster fed by myths about Jews that will not die.

Its more violent manifestations – defacements of Jewish cemeteries, street attacks, armed assaults on Jewish institutions – are often referred to as “outbreaks,” as if antisemitism were a disease. Indeed, the phrase “virulent antisemitism” is often used to describe the manifold expressions of that ideology. And as with a contagious disease, humanity must marshal all its informational resources to have any hope of defeating it.

That is the concept of “Viral: Antisemitism in Four Mutations,” a probing new documentary making its television premiere May 26 on PBS.

“Our thought was that much of antisemitism spreads on the internet – it goes viral, in that sense,” director-producer Andrew Goldberg told J. recently. “But illness as a metaphor for antisemitism has been used for a long time.”

The film, which was in theatres briefly in February, opens with a black-and-white animation of what looks to be virus cell activity under a microscope.

“It started long ago … with a lie about the Jew,” the voiceover by actress Julianna Margulies explains. “The lie said the Jew was evil … conspiring … the enemy of God. The lie evolved and spread like a virus … and still does. Many don’t know they’re infected. Others don’t care. Some define themselves by it. The virus has endured for so long and spread so far because of its power to adapt and deceive. Of its thousands of mutations, this is the story of four.”

The film then launches into the first of four segments, looking at the American strain. In Pittsburgh, Goldberg examines the significance of the assault on the Tree of Life synagogue, then heads to North Carolina, where he engages with Russell Walker, an open racist and antisemite who got 37 per cent of his district’s vote when he ran for the state House of Representatives in 2018.

Other segments examine state-sponsored antisemitism in Hungary under the government of Prime Minister Viktor Orban; the rise of antisemitism in England within the leftist Labour Party under past leader Jeremy Corbyn; and beliefs about Jews among some North African immigrants in France. In the latter case, those beliefs have conjoined with growing disaffection with global capitalism among the French Left, resulting in an atmosphere harshly inhospitable to French Jews.

Goldberg travels to each of these locales to interview victims, witnesses, antisemites and experts – with his low-key, seemingly neutral style eliciting inside knowledge, alarm and, sometimes, acute pain.

“Antisemitism is a conspiracy theory,” Lipstadt says of the penchant for antisemites to blame Jews for just about everything based on “the notion that there are forces more powerful than you.”

Based on his own experiences as a former white supremacist, Arno Michael agrees.

“If I’m looking to recruit, I’m going to look for white kids who have something going wrong in their life … and find a way to blame that on the Jews,” he says in the documentary.

But after 90 minutes of examination, one is left with the sense that the film has but skimmed the surface of a bottomless black hole.

Goldberg, 52, has pursued the subject of prejudice throughout his career, from his Emmy-winning “A Yiddish World Remembered” in 2002 (a look at the world of Eastern European Jews before the Holocaust) to a well-received documentary about the Armenian genocide. He also wrote, produced and directed “Antisemitism in the 21st Century: The Resurgence,” which covered the history of anti-Semitism in Europe. It aired on PBS in 2017.

In the British segment of “Viral,” Goldberg visits Paul Marmot, an English cousin whom he had never met. Marnot recounts how, after a lifetime as a leftist British Jew, he tore up his Labour Party membership card when Corbyn was chosen as its leader in 2015. Critiques of Israeli policy are acceptable to most British Jews, he says, but Corbyn enabled criticism that crossed over into anti-Jewish sentiment.

Meanwhile, on our shores, Goldberg, who lost extended family members in the Holocaust, takes note of how antisemitism in the U.S. has been getting worse over the past dozen years. By the time 11 Jews were gunned down in October 2018 in a synagogue in Pittsburgh – “the most antisemitic act I’d seen in this country in my two decades as a journalist,” he said – this film project was already underway. In his view, anti-Jewish sentiment in the non-Jewish world is always “only a couple of centimetres below the surface” at any given time, though social forces may push it down. 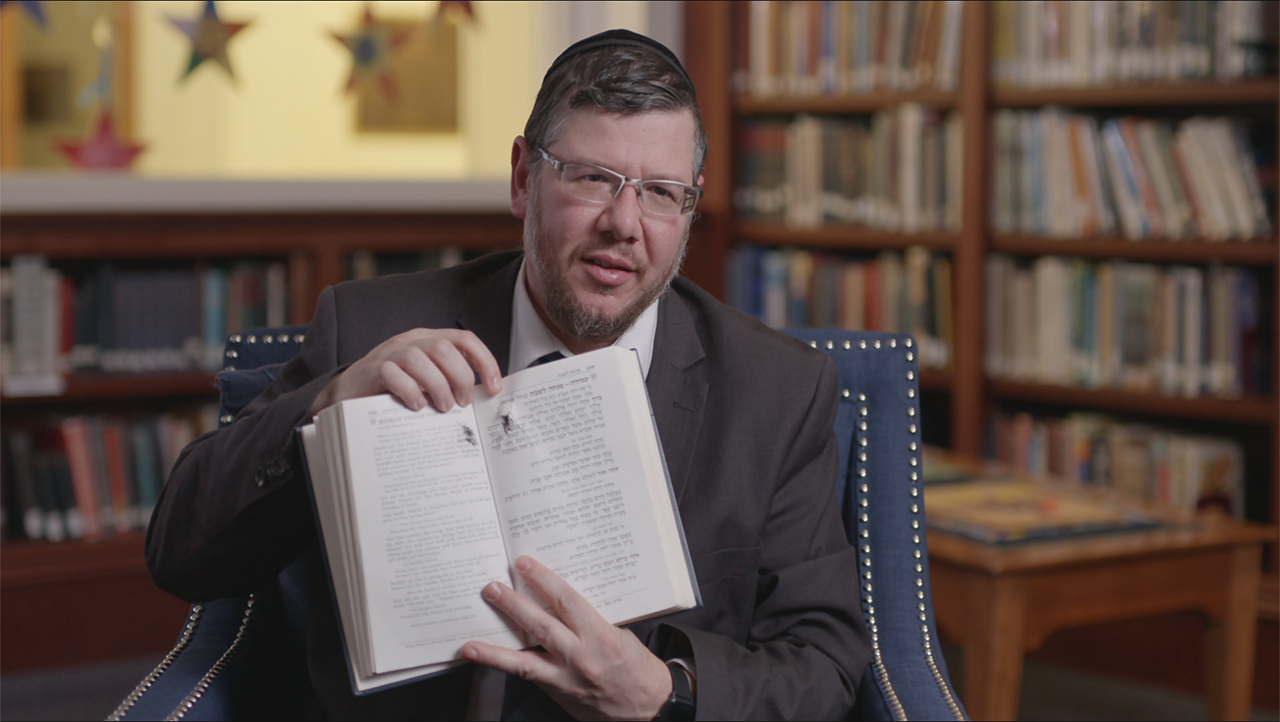 “The biggest mute button on antisemitism was the Holocaust itself,” he said, adding that it led to “better behaviour” toward Jews in most of the Western world for more than 50 years. “And the precursor [to those prejudices surfacing] is societies becoming more polarized.” Another factor, he said, is that fewer Holocaust survivors are around to give firsthand testimony about how unchecked antisemitism branches off into utter horror.

In the France portion of “Viral,” Goldberg interviews a brother of the shooter in the 2015 assault on the Hyper Cacher kosher grocery in Paris. Asked to describe the motivations of his jihadist brother, Abdel Ghani Merah describes the North African immigrant milieu of their parents, who brought to France a post-colonial belief that Western nations, Israel and global Jewry were allied against the Arab world.

“Hatred of Jews was legitimate in my parents’ eyes,” he says, while distancing himself from that view (in fact, he has committed his life to countering antisemitism). “If they failed at something or were rejected, right away it was somehow a Jew’s fault. They owned the world.”

A final word is given to the widow of Philippe Braham, one of four French Jews killed in the attack on Hyper Cacher, a kosher supermarket in Paris.

“We don’t walk in the streets easily like we used to,” she says. “I won’t let my sons wear the kippah. I won’t say their names out loud.”

Valerie Braham then adds: “For me it’s just pointless hatred of the Jews. There are no real reasons.”

For those who see it, will this film provide some kind of vaccine, so to speak, against antisemitism?

That is the perennial hope – the panacea we are all waiting for.

Photo 1: Valerie Braham, widow of one of the victims of the Hyper Cacher grocery store shooting in Paris, appears in “Viral: Antisemitism in Four Mutations.” (PBS)

Photo 2: In “Viral: Antisemitism in Four Mutations,” Rabbi Elisar Admon shows the hole where a bullet pierced his prayer book during the Tree of Life Synagogue shooting in Pittsburgh. "It went right through the word for God," he said. (PBS)