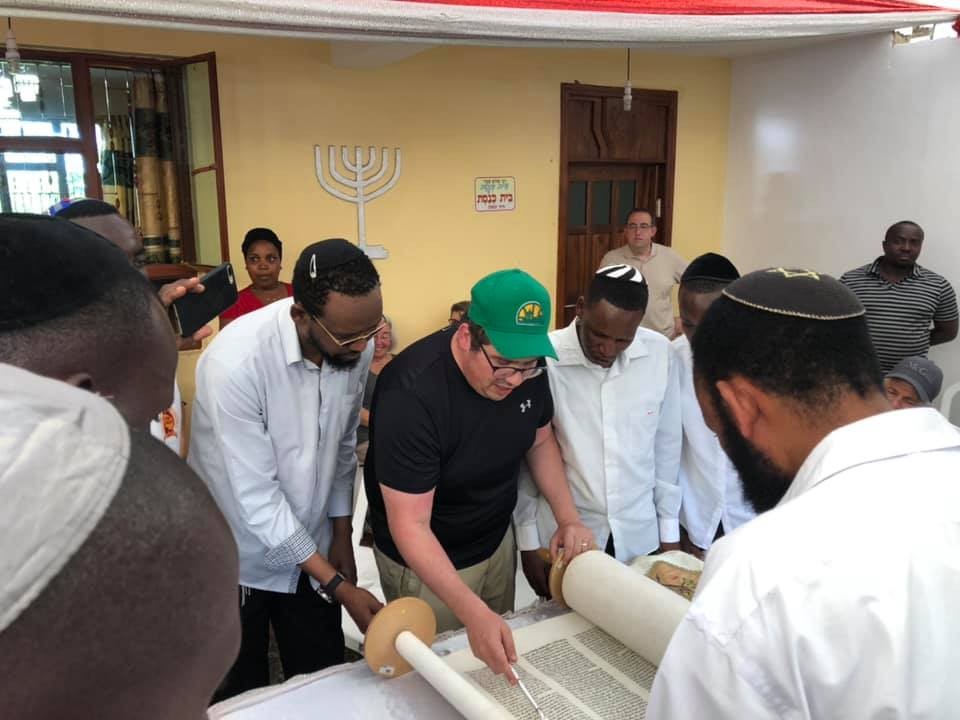 A gift of a Sefer Torah: From Jews in Ottawa to Jews in Africa

A group of 38 North Americans – including 28 members of Kehillat Beth Israel in Ottawa – journeyed to Arusha, Tanzania this month with the gift of a Sefer Torah for the small Jewish community there. KBI member David Roytenberg reports from Tanzania.

In 1971, the Jewish community of Arusha, Tanzania, beset by Christian missionaries determined to convert them, lost their only Sefer Torah in a fire related to the conflict with the missionaries. The Tanzanian government had nationalized their synagogue leaving them homeless and without a Torah.

The community struggled in the following decades to continue its existence but suffered a further blow with the death of their rabbi. In the face of all these difficulties the late rabbi’s son, Yehudah Amir, a lawyer by profession, has carried on the leadership of the community, acting as [a de facto] rabbi, chazzan and teacher. He studies daily by Skype with Rabbi Meyer Landy in New Jersey, and the community meets every Shabbat for prayers.

In the spring of 2019, thousands of miles away, Congregation Kehillat Beth Israel of Ottawa, established by the merger of two long standing Ottawa synagogues, Congregation Beth Shalom and Agudath Israel Congregation, began an inventory of the many Torah scrolls in its possession. Both of the predecessor congregations had accumulated a large number of scrolls as a result of earlier amalgamations. The spiritual leader of Kehillat Beth Israel, Rabbi Eytan Kenter, began looking for a small congregation somewhere that might be in need of a Sefer Torah.

Soon after sending out word, Kehillat Beth Israel learned of the plight of the Arusha community and the fact that it had been without a proper Torah since the 1970s. With a membership of 70 persons, the community continued under Yehudah’s leadership, and the offer of a Torah scroll was accepted by Yehudah on behalf of the Jewish community of Arusha.

On November 7, a group of 38 pilgrims from North America celebrated with Yehudah and the Jewish community of Arusha the inauguration of their new Torah scroll. A procession of several dozen people marched with the Torah into the synagogue and placed the Torah in the ark. A few minutes later, the Torah was removed from the ark and read for the first time in its new home. Rabbi Kenter leined the Thursday reading of the first Aliyah from Parshat Lech Lecha. 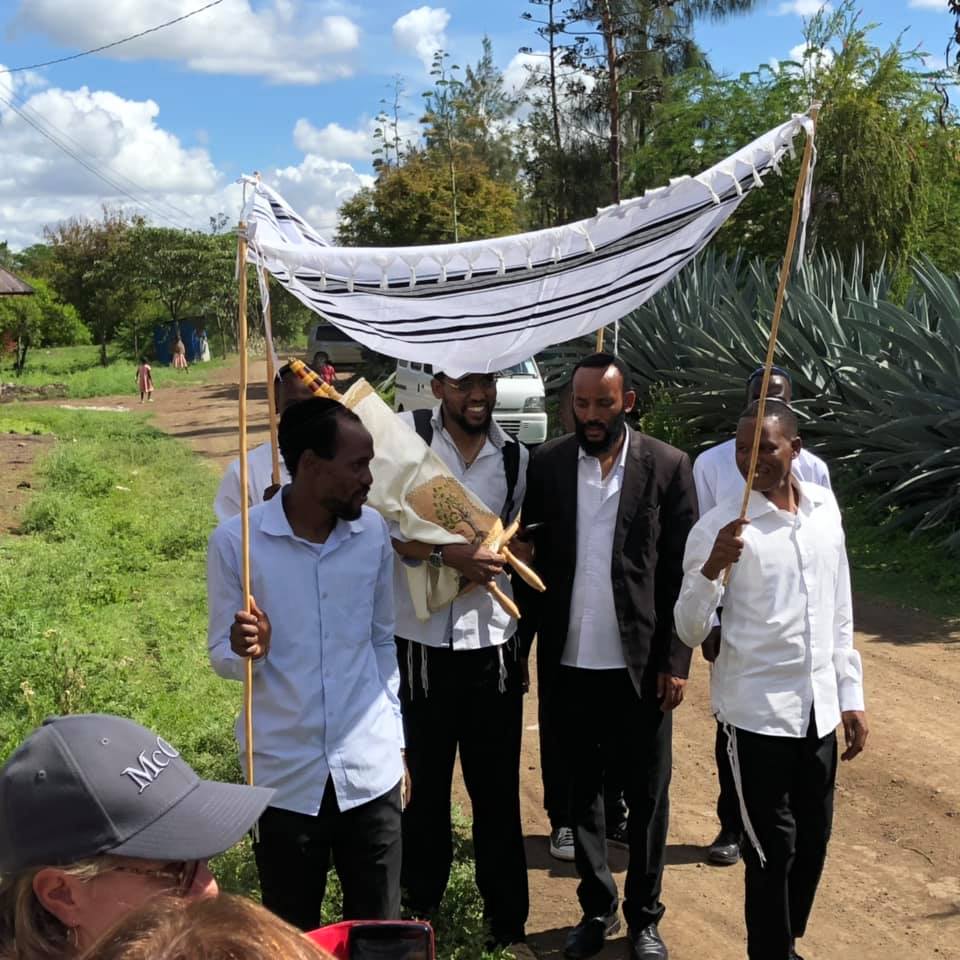 Yehudah Amir of the Jewish community of Arusha, Tanzania carries the community’s new Torah – a gift from Kehillat Beth Israel in Ottawa – to their synagogue.

After the reading, the Torah was joyfully lifted and tied and placed back in the ark. The participants, both the visitors from North America and the local people, were greatly moved by the celebration. Yehudah, in particular was visibly touched by the proceedings.

For myself, it was a great privilege to be a witness and participant in this important moment of great joy for this small but resilient Jewish community. The Jewish community in Arusha has been quietly coping with its problems on its own for decades, without the help or even the knowledge of the broader Jewish world. The contact by remote communication with Rabbi Landy provided them with a lifeline and the visit by our group from Kehillat Beth Israel has hopefully demonstrated that engagement with the wider Jewish world will enrich them and bolster them in their struggle to survive as a Jewish community.

In the coming years, I hope this connection will blossom into ongoing ties of mutual affection and support between Kehillat Beth Israel and the Jewish community of Arusha.