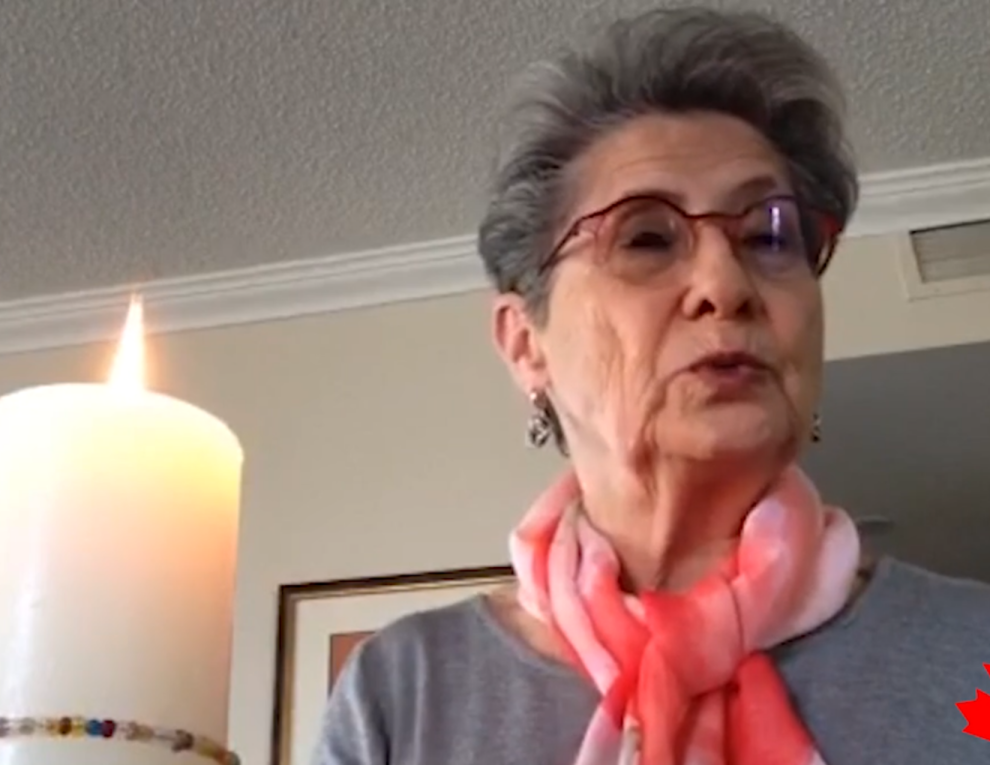 With all community gatherings suspended during the ongoing period of physical distancing during the COVID-19 crisis, the annual Yom HaShoah commemoration sponsored by the Jewish Federation of Ottawa could not be held as usual on April 20. Instead, Federation joined with other Federations and organizations – including the Centre for Holocaust Education and Scholarship at Carleton University – for a national Holocaust remembrance program organized by the Canadian Society for Yad Vashem, the Azrieli Foundation, the Sarah and Chaim Neuberger Holocaust Education Centre and March of the Living, and held online.

The program, hosted by actor Jake Epstein – a grandson of Holocaust survivors – and marking the 75th anniversary of the end of the Holocaust, included pre-recorded segments from across Canada, as well as by dignitaries including Prime Minister Justin Trudeau, and Israeli Consul-Generals Galit Baram in Toronto and Daniel Levy in Montreal.

Speaking from outside his Rideau Cottage residence in Ottawa, the site of his daily COVID-19 television briefings, Trudeau said not being able to gather as usual for the National Holocaust Remembrance Day Ceremony – held in recent years at the Canadian War Museum across the street from the National Holocaust Monument – in no way diminished the importance of Holocaust remembrance.

“This year marks the 75th anniversary of the liberation of Auschwitz and, in a few weeks, the 75th anniversary of the end of the Second World War and the Holocaust,” said Trudeau. “Every year, we take a moment on Yom HaShoah to reflect on the horrors of the past and celebrate the resilience and courage of survivors. We remember the more than six million innocent Jewish men, women and children who were systematically murdered by the Nazis simply because they were Jewish. 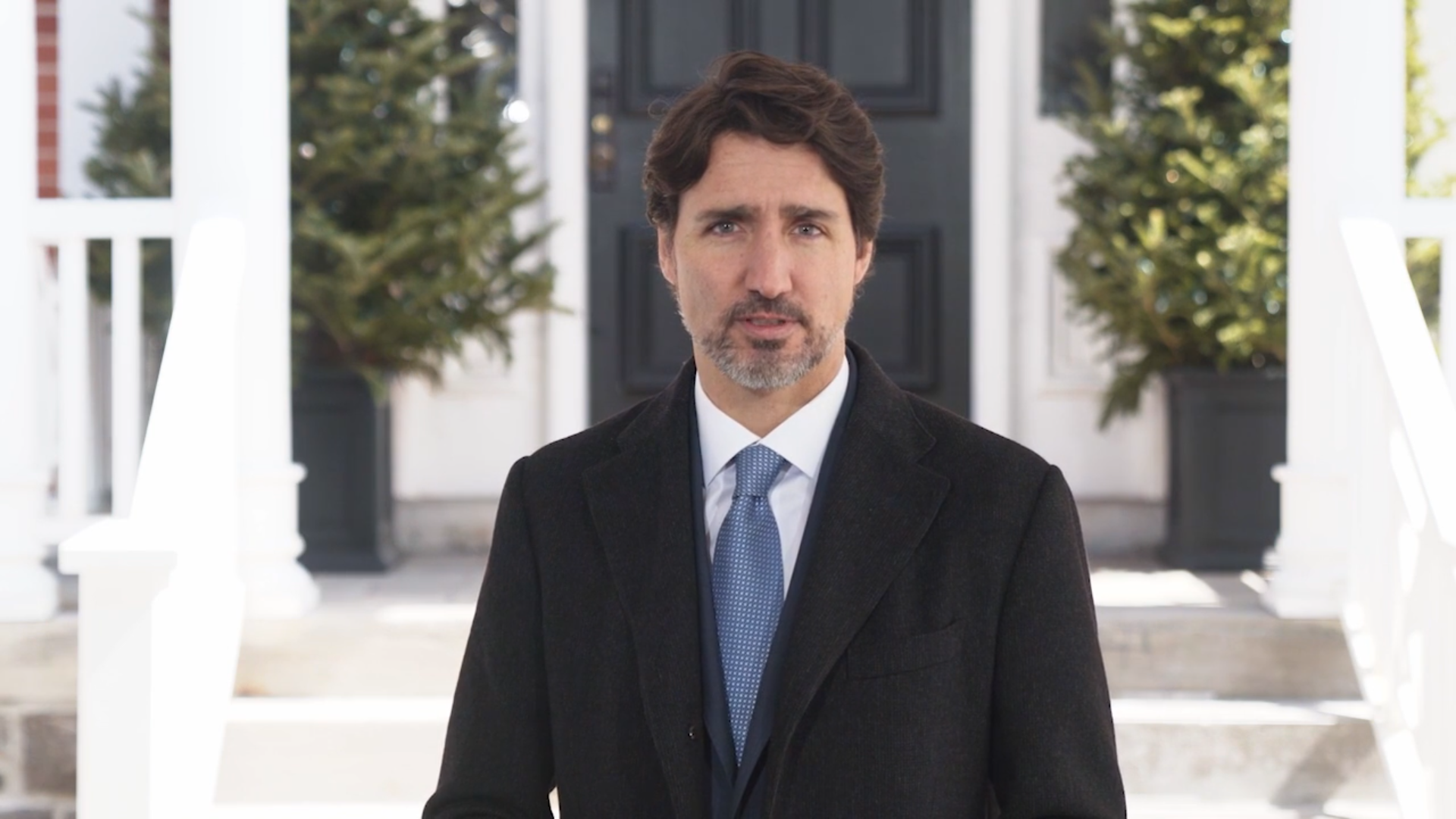 “The Shoah was undoubtedly one of the darkest periods in human history and these moments when we pause to remember matter – both to honour those who lived through these horrors but also to ensure that these atrocities are never repeated.

“Sadly, acts of antisemitic violence are more and more frequent today, and Canada is not immune to this trend. For many Jewish Canadians, the rise in attacks is not only troubling, it is downright scary,” said the prime minister. “But let me be clear, attacks against a Jewish community are attacks against us all.”

In his remarks, Trudeau also spoke about the importance of Canada’s strong friendship with the State of Israel.

“Let me be equally clear, Canada and Israel are partners, allies and close friends and we will continue to stand proudly with Israel. Attacks against Israel, including calls for BDS and attempts to single her out at the UN will not be tolerated,” Trudeau said.

“And when we created Canada’s anti-racism strategy, we adopted the IHRA definition of antisemitism. We have also recommitted to the principles of the Declaration of the Stockholm International Forum on the Holocaust and supported the adoption of the 2020 International Holocaust Remembrance Alliance Ministerial Declaration. We will always condemn any movement that attacks Israel, Jewish Canadians, and the values we share… Only by working together can we bring meaning to the solemn vow, ‘Never Again,’” added Trudeau. 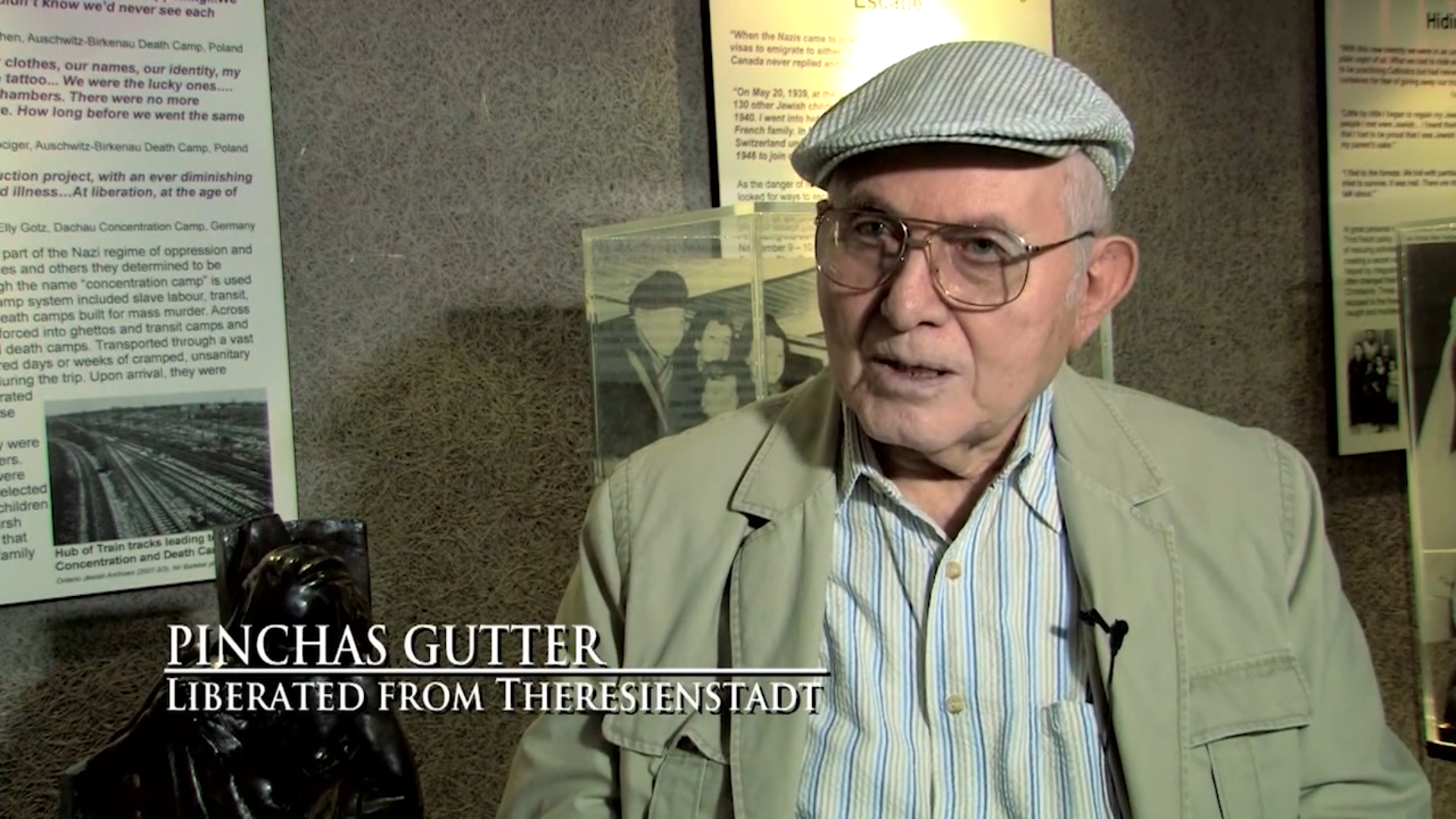 A short film, “Voices of Liberation,” in which Holocaust survivors spoke about their experiences in being liberated from Nazi death camps in the final months of the war in Europe was very powerful, as was a cross-Canada candle-lighting ceremony in which six memorial candles – each in memory of one million Jews murdered by the Nazis during the Holocaust – were lit by Holocaust survivors and second, third and fourth generation descendants of Holocaust survivors in their homes. 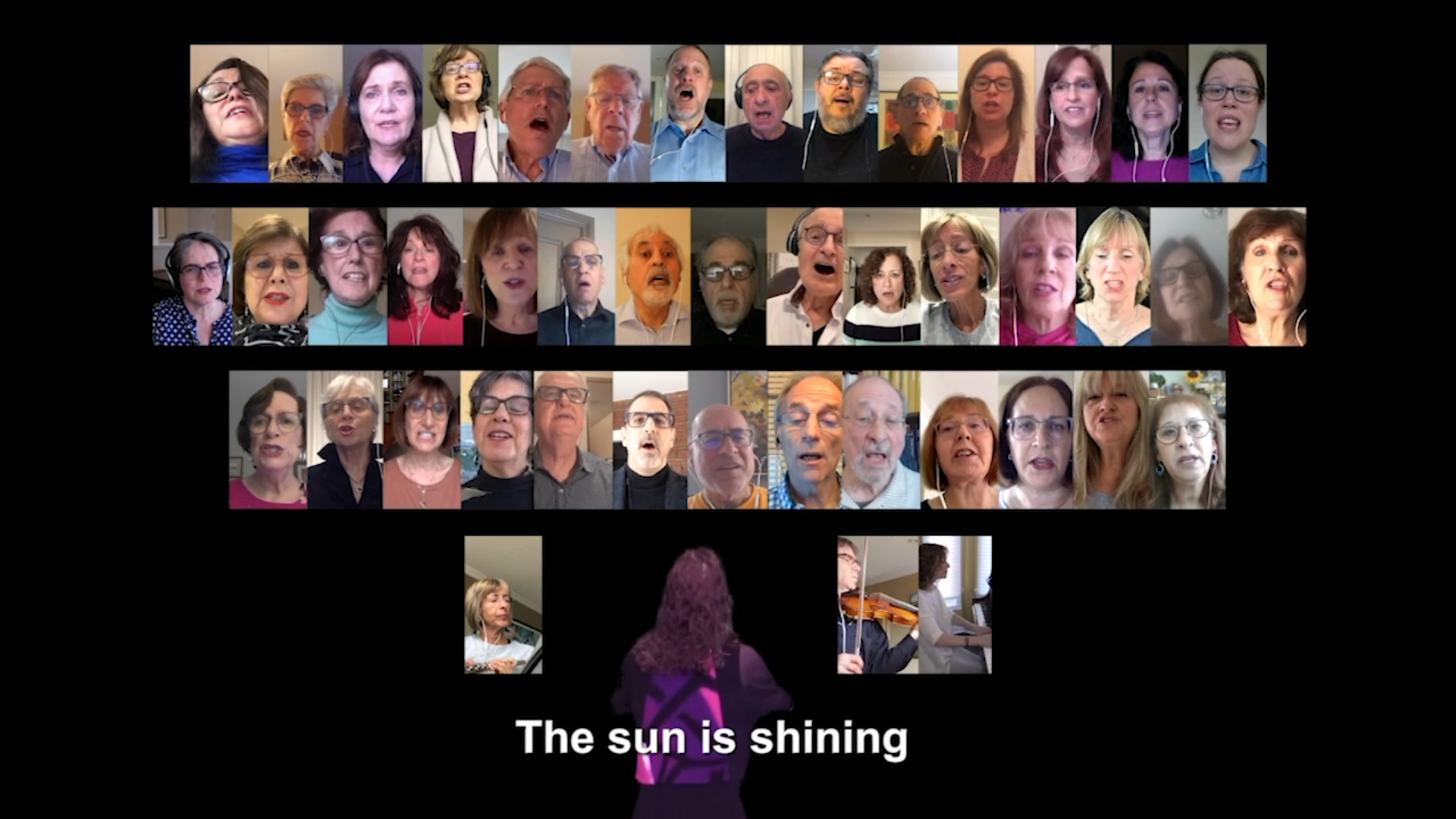 The online ceremony also included several moving musical selections performed including “Longing,” a new piece by Judy Adelman Gershon, inspired by Anne Frank, and performed via Zoom by the Toronto Jewish Chorus. Others were a recording of “We Rise Again,” an inspiring song written by Leon Dubinsky performed by 1994 March of the Living participants from Halifax, which played while video of scenes from more recent Marches of the Living were shown, and “Ani Ve’ata,” a song in Hebrew performed via Zoom from Israel by a group of shinshinim – teenage emissaries from Israel who had been volunteering with Canadian Jewish communities before being called home due to the COVID-19 pandemic. 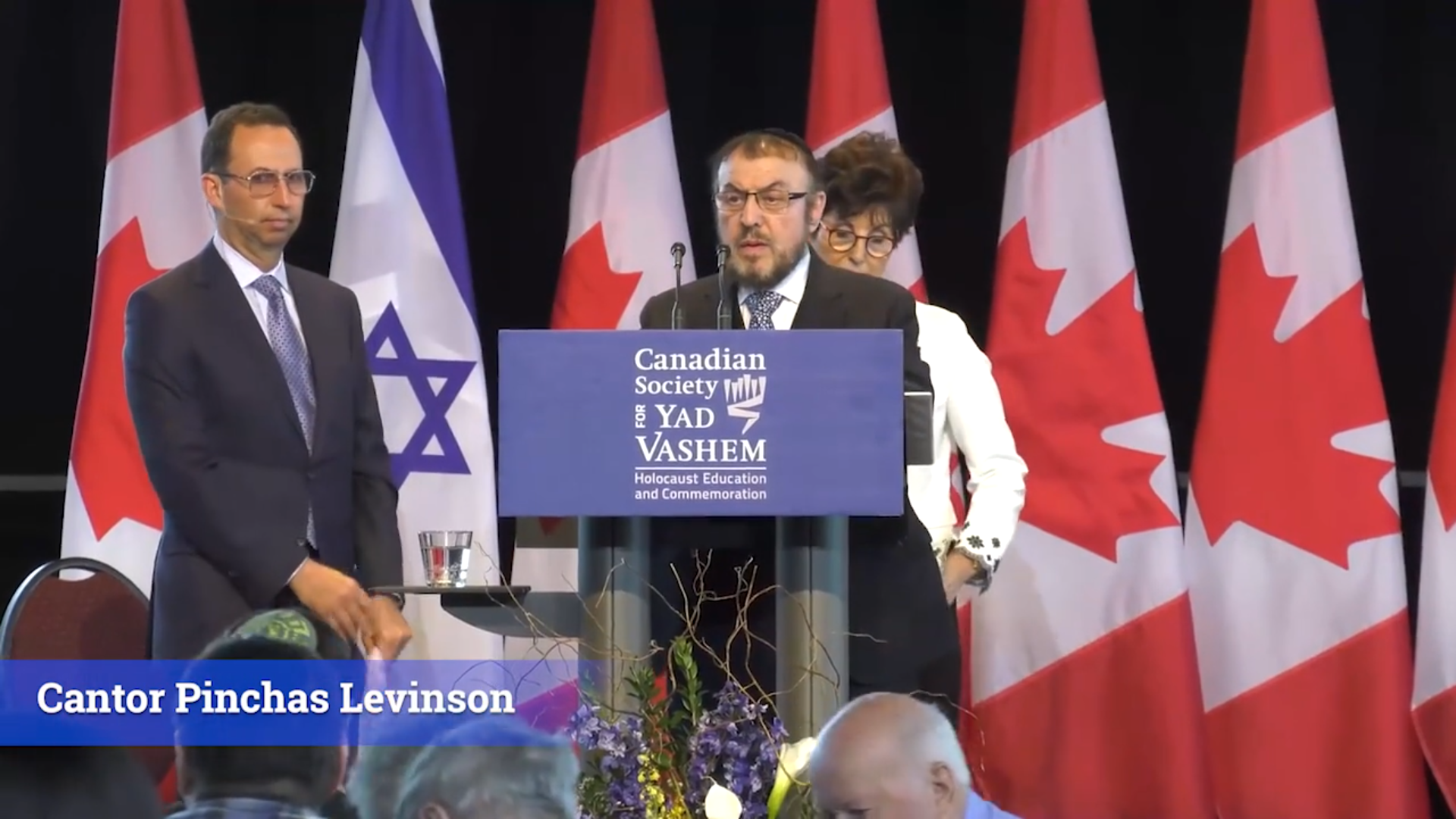 When it came time for the memorial prayers, “Kel Maleh Rachamim” and “Kaddish” for the victims of the Holocaust, video was shown of Cantor Pinchas Levinson, chazan emeritus of Congregation Machzikei Hadas, leading the prayers at a past National Holocaust Remembrance Day Ceremony here in Ottawa. 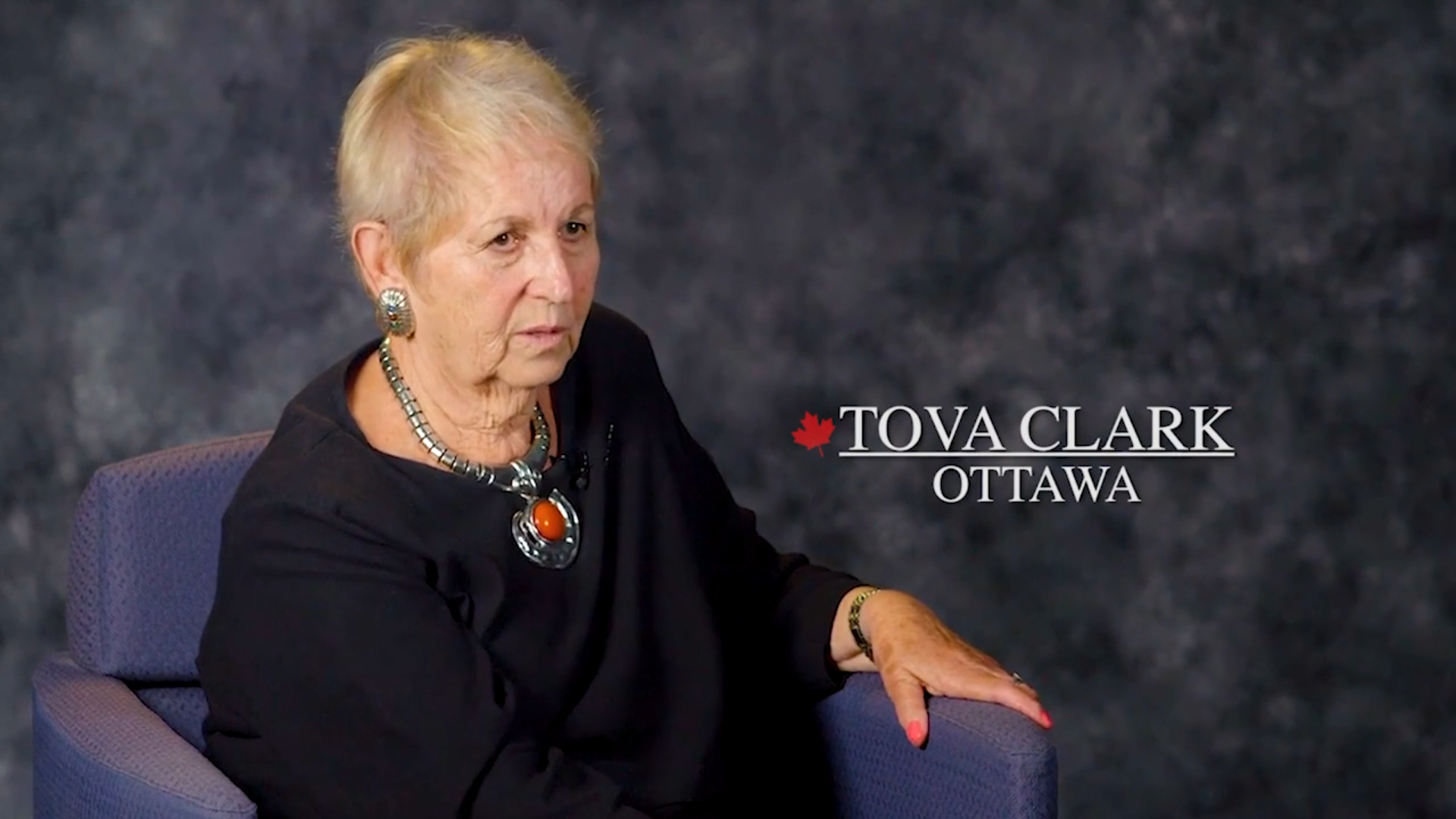 Perhaps the most poignant part of the program came at the end in a collection of brief clips of Holocaust survivors from across Canada – including David Moskovic and Tova Clark of Ottawa – offering inspiring thoughts about resiliency and survival. 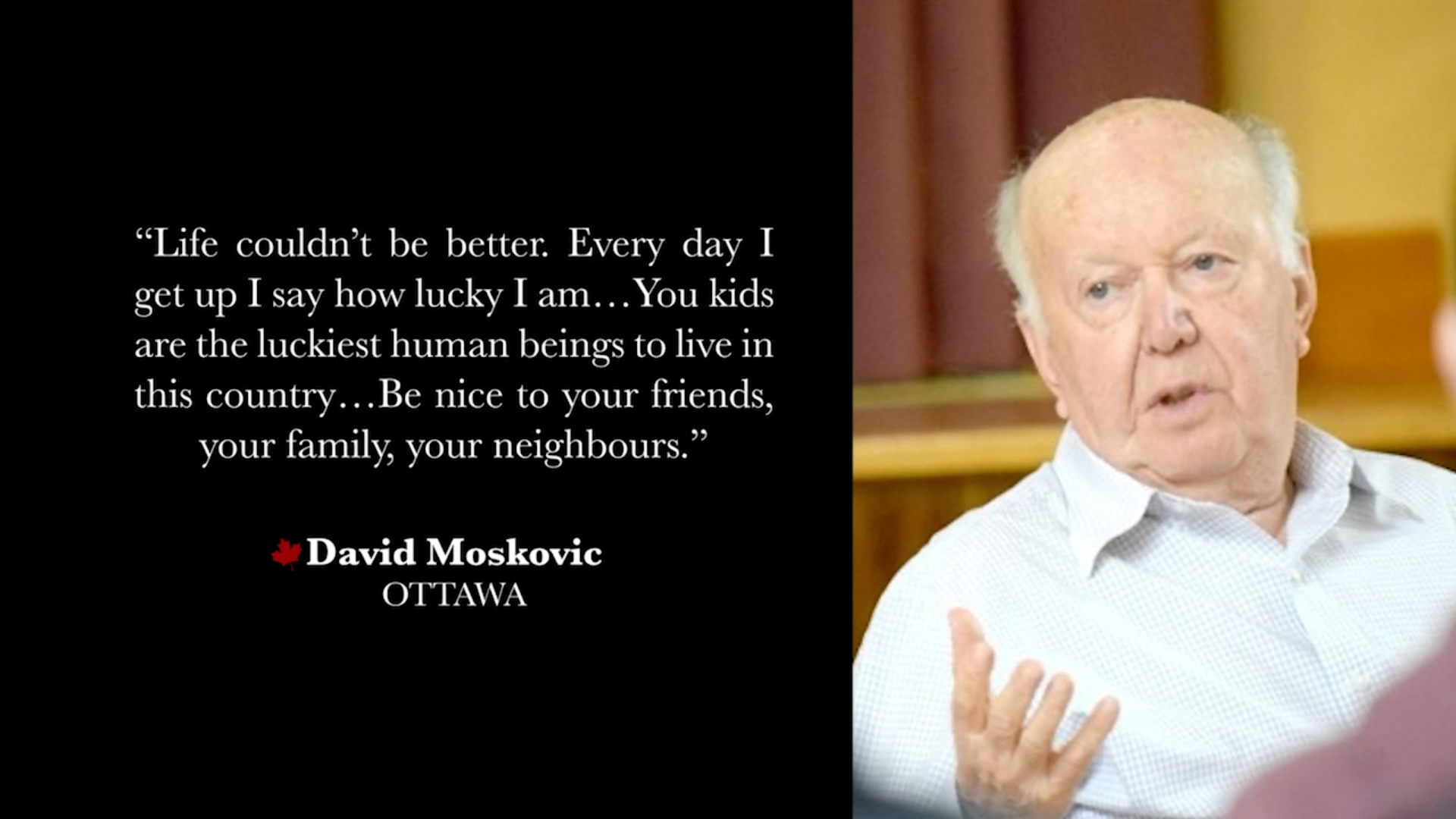 The cross-Canada Yom HaShoah program can still be viewed online at this link.

As well, on April 21, the International March of the Living Committee presented a poignant online video ceremony replacing the March – which normally takes place on Yom HaShoah with young people in the company of Holocaust survivors walking between the Auschwitz and Birkenau Nazi death camps. The video ceremony, including testimonies from survivors and from young people on previous marches, was highlighted by a short film of the late Elie Wiesel – whose books, including Night, have helped millions understand the horrors of the Holocaust – speaking about that darkest chapter of the last century.

The International March of the Living video ceremony can be viewed at this link.

Photo 1: Holocaust survivor Eva Kuper lights one of the six memorial candles for Yom HaShoah from her home in Montreal.

Photo 2: Prime Minister Justin Trudeau speaks about Yom HaShoah from in front of his residence.

Photo 3: Holocaust survivor Pinchas Gutter of Toronto in a scene from “Voices of Liberation.”

Photo 5: Cantor Pinchas Levinson of Ottawa chants “Kel Maleh Rachamim,” a memorial prayer for the victims of the Holocaust, in a video recorded during a previous year’s National Holocaust Remembrance Day Ceremony at the Canadian War Museum.

Photos 6 and 7: Tova Clark and David Moskovic of Ottawa were among those from across Canada featured in a montage of Holocaust survivors offering inspiring thoughts on survival and resiliency.