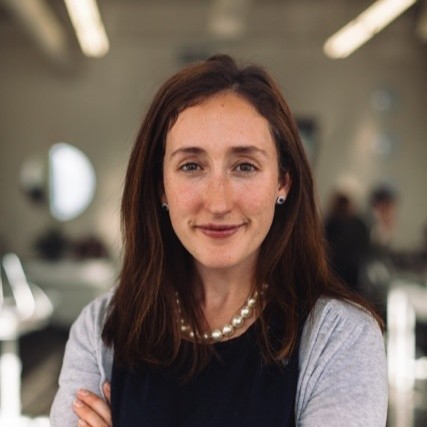 Anyone — seriously, anyone — with a new and creative initiative that’s focused on community building for the Ottawa Jewish community, can apply for one of the Jewish Experience microgrants.

Funded both through Federation and through the generosity of private donors, the microgrants program is relatively new — and it’s new chair is also just less than a month into the role.

“The goal is really to drive Jewish community engagement,” said Emily Segal, who just stepped into the committee chair position, following in the impressive footsteps of Sharon Diamond. “We have $70,000 a year to operate and we support up to 75 per cent of the cost of any given proposal to a maximum of $2,500.”

Events, activities and programs can all be funded and applicants can be institutions or individuals.

“Pre-COVID, we had a range of events funded — an Ethiopian dinner, an activity with the Israeli Women of Ottawa, a paint night through SAGE,” said Segal. “We’ve had the law students association do a Shabbat dinner with an inspirational speaker, and I’ve even seen a proposal to do Purim in drag to support Capital Pride and Jewish inclusion.”

Twenty-eight projects were funded in what Segal calls the “COVID era,” — 2020. These included bike ride events, safely gathering outdoors, as well as infrastructure such as a tent for Chabad to have students gather safely.

“There was a Hannukah drive-in movie night, a summer camp for children with disabilities … we really focused on underserved populations within the community,” said Segal.

Already 11 events have been funded since July of 2021. The volunteer-based eight-person committee has a remarkably fast turnaround and event surveys show a high rate of participant enjoyment form microgrant-funded events.

“Fifty per cent of attendees say the event made them more likely to attend another Jewish event in the future,” said Segal. “We’re very effective.”

And thanks to Federation, the committee rarely has to say no to a proposal.

During COVID, Segal served on the committee as a reviewer and said it was rewarding to see proposals continue to come in.

“Where there’s a will there’s a way,” said Segal. “It was an inspiring thing to see the adaptability of the community to come up with COVID-friendly ideas.”

Segal also said reviewing the proposals is a nice way to get an overview of what’s happening in the community.

“I learn a lot about the community,” she said. “I didn’t know for example that there was a large Russian community in Kanata.”

Right now, as COVID seems to be more under control, Segal said both the applicants and the reviewers are collectively exhaling.

“We’re very proud of what we were able to accomplish in unusual circumstances, but it’s nice to see some more flexibility for events.”

New committee members are about to be onboarded, and Segal said they’ll continue to review each proposal that comes in.

“I just want to see some more awareness at this point that this is available, to bring events that attract Jewish folks to see that Ottawa is a viable place to live,” she said. “I want there to be a celebration for our value in leading the way of coming together … we want to be that lighthouse, the place where people think ‘Oh I have a great idea,’ and we help them act on it. We want to continue to support the doers out there.”

Learn more and see the application criteria for the microgrants program at https://jewishottawa.com/giving/jewish-experience-microgrants.