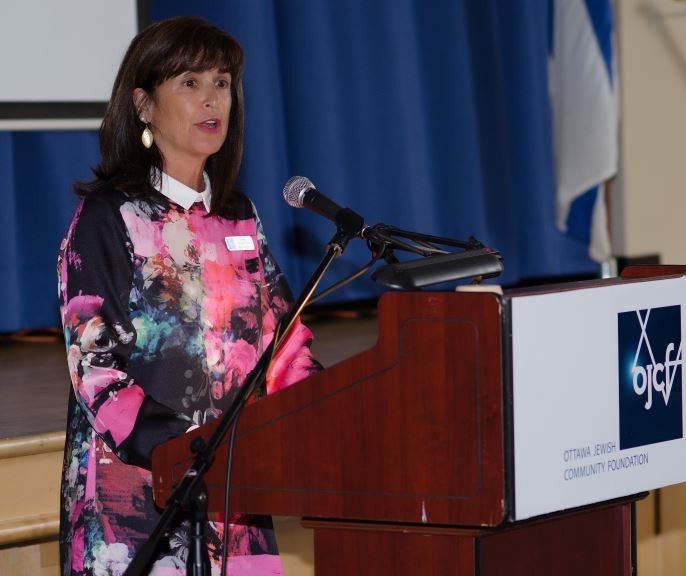 The Women's Collective Philanthropy Program (WCPP), a program of the Ottawa Jewish Community Foundation, celebrates its 10-year anniversary with another round of funding — and a call for fresh ideas to join the committee — perfectly timed for International Women’s Day.

At its 10-year mark, the WCPP team has accomplished more than they ever thought possible. From their first grant that funded the “From Head and Heart to Helping Hand “ program that trained women to become volunteers and leaders, to recent grants for summer camps run by Ausome Ottawa, a charity that supports children with autism, to COVID emergency support through Jewish Family Services’ Shalom Bayit and Tikvah programs, the WCPP has been there for women and families.

Designed to use the power of collective philanthropy to nurture and maintain a systemic difference in the status of women and children, their goals are a triple E approach: engage, educate and empower women to become catalysts for social change.

“It’s just blossomed,” said Lynne Oreck-Wener, founder and the committee chair for the first five years. She explained at the start of the program, people joined the collective by making a $500- to $100- donation. The WCCP then added special tribute cards community members could purchase for $18 each through the Foundation, with all funding helping to grow the initiative.

“I’ve been passionate about women’s issues for my entire life. I think women are under-represented in all aspects and it was important for me to bring their voice to the table. Women funding programs for women is an extremely empowering experience.”

When Oreck-Wener first started the WCPP, she approached more women than she had expected to.

“One of them said … ‘So I’m writing this out of my own bank account’.” A pivotal moment for both the woman and for Oreck-Wener.

“Now, women we’ve given grants to have been so appreciative knowing that other women were supporting them, believing in them and nurturing them.”

Before Ottawa, Oreck-Wener lived in cities that had women’s endowment funds — but there wasn’t one here. When she was asked to join the Foundation Board, (she was chair from 2013-2015), launching a women’s fund was a condition.

“In working with women, I would often hear ‘I just don’t feel a part of the community,’ or that the events taking place weren’t relevant to their needs or their lives,” she said. “So I wanted to look at how we could bring them in and reflect their reality.”

Oreck-Wener could not be prouder of what they have achieved to date.

“We’ve brought out some ideas that hadn’t yet been explored,” said Oreck-Wener, citing the Pearls of Wisdom events, which covered topics from education on mental health, financial guidance for women, and highlighted women-owned small businesses.

Check out this 2013 story about the Pearls of Wisdom event.

“Every project we did has been amazing — bringing women together from all kinds of backgrounds,” said current chair Yaffa Greenbaum. “There has been a piece of Jewish philanthropy connected to everything we do.”

“The women, we truly empowered them to come forward and say, ‘If you could give me $1,000 I could do this.’ It was amazing,” she said. “It makes me tingle just talking about it.”

Oreck-Wener said the other thing that’s “cool” is that now other organizations come to WCPP and ask to partner on providing grants or program opportunities.Groups and events, they have partnered with were Sisters on Board, Israeli Women in Ottawa, and Jewish Family Services, among others.

Beyond the obvious highlight of launching the grants, Oreck-Wener’s other favourite moments from the last decade focus on the tangible results of empowerment, like having a female artist paint the WCPP tribute cards.

The WCPP Grant, which is managed by the Foundation, is made possible via revenue generated from WCPP’s invested capital and is awarded on an annual basis, with the grant amount to be determined annually. This year it is valued at $4,000.

“Take a risk and apply,” said Oreck-Wener. “Even if your idea is a bit out of the box, go for it. It’s not an arduous process.”

Applications for grants are open until April 15.

Looking for a different way to give back? Think about applying to join the WCPP committee.

“Our original mandate was that the chair would be chair for two years, but I’ve been chair for five,” said Greenbaum. “The original committee diminished over time, so we’re looking to infuse it with some new people who have new ideas.”

So who can apply?

“Any woman who feels this fuels their soul, they look at our mission statement and say ‘This connects with me’,” said Oreck-Wener. “People who are excited by it, and wherever these women want to take it, they can do it. I think that would be fantastic. It could be something very different than we’ve thought about. It would be exciting to see it organically grow.”

Greenbaum said it would be thrilling to watch WCPP become something new.

“From the beginning, our motto has been educate, empower, engage. I think the idea that new women would want to do that would be so exciting.”

Get in touch with the committee, or find more details about grant applications, at https://ojcf.ca/programs/womens-collective-philanthropy-program/wcpp-grant-program.