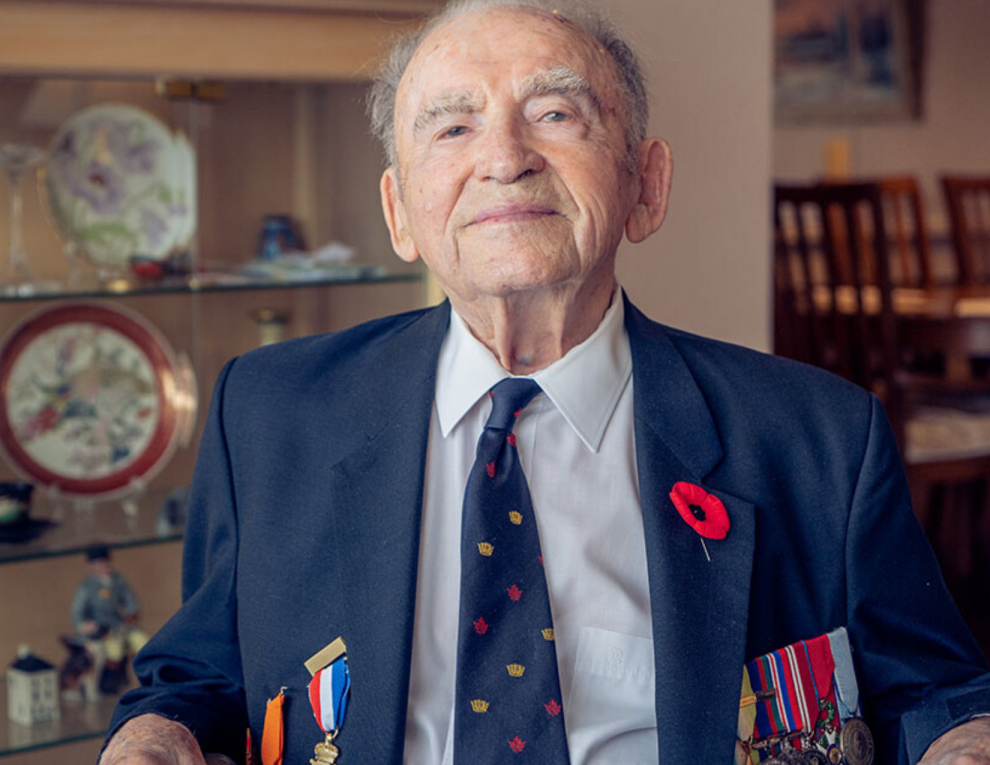 Unable to hold in-person ceremonies to mark the 75th anniversary of the Liberation of The Netherlands on May 5 and the 75th anniversary of Victory in Europe (V-E) Day on May 8 due to the COVID-19 pandemic, Veteran Affairs Canada has launched an initiative to tell veterans’ stories. Among those spotlighted is Alex Polowin, a member of Jewish War Veterans of Canada, Ottawa Post.

Alex Polowin was born on April 15, 1924 in Lithuania. His family moved to Canada when he was three years old. He served in the Royal Canadian Navy as an Able Seaman from April 1942 until after the war ended in September 1945. During his three years of service, Polowin served on three vessels: HMCS Huron, HMCS Pictou and HMCS Poundmaker.

Polowin served on HMCS Huron from 1943-44. The crew began doing Russian convoy missions sailing from Scotland to Murmansk to deliver supplies to support the Soviet war effort. As D-Day started to approach, HMCS Huron was assigned to patrol the English Channel and protect the ships and landing crafts that were headed for the beaches of Normandy. Three days after the D-Day landing, HMCS Huron and the other ships from the 10th Destroyer Flotilla ran into German destroyers in the English Channel. Their flotilla was able to put the German vessels out of commission. 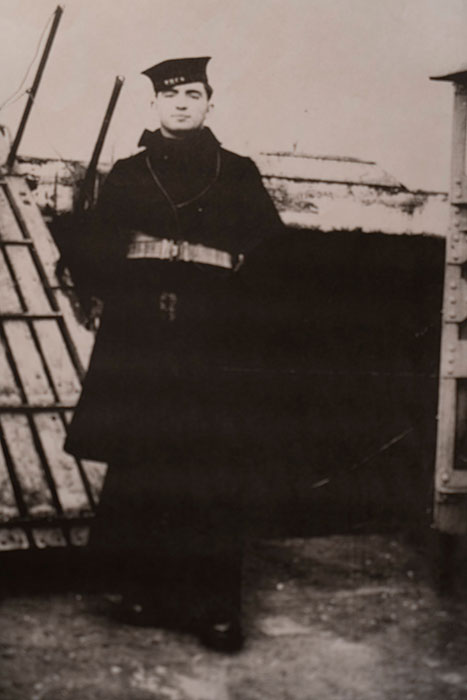 When he heard the news that the War in Europe had concluded, Polowin was sitting on a packed patio at the historic Queen’s Hotel in Leeds, England. He remembers the revelry of the crowd hearing upon hearing Churchill declare Germany’s surrender. “There was so much joy and happiness, everyone was hugging and kissing each other. I thought ‘It’s over, I made it, I’m alive and well.’”

As much as Polowin looked forward to coming home, he had mixed feelings as his ship left England for the final time. “People were on the shore crying and throwing kisses. I knew how they felt,” he said, describing the heartache almost eight decades later. “Coming back to Halifax at 20 years of age thinking ‘what am I going to do now?’ it was very stressful and the beginning of a new kind of war,” he said, recalling reporters from across the country were waiting on the dock. “Our strife on that ship was over, we had done what we had to do and I would do it over again without a thought – for my country and my family.”

It was years later when he visited the Netherlands and Dutch children lined up to get his autograph that he felt the real gratitude for Canadian soldiers. “The appreciation is just wonderful. They acted as if I was a superstar. It makes you feel that what you did, the dangers you faced, was worth it.” 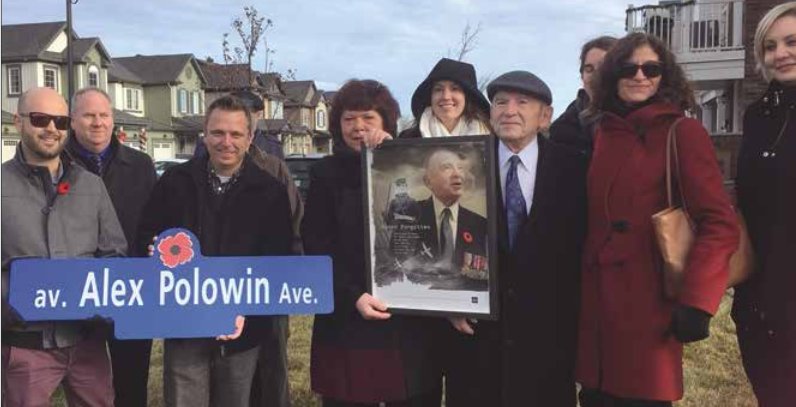 For his service in the Second World War, Polowin has earned the Atlantic Star; Artic Star; 193945 Star; Diamond Jubilee Medal; Russian Peace Medal; Order of Ushakov and the French Legion of Honour Medal. He also has a street named after him in Ottawa.

After he was discharged from the Royal Canadian Navy, Polowin went on to have a long and successful career in the insurance industry. In fact, he still has his designation as a licensed insurance broker. He currently lives in Ottawa and spends lots of time surrounded by family and friends, particularly those of the Naval Association of Canada. “I feel so secure inside looking out, I know I am warm and safe – all we went through was worth it. All of these good things that are happening, I feel indeed very lucky.”

Alex Polowin is featured on Episode 4 of the Faces of Freedom Podcast produced by Veterans Affairs Canada which can be heard at this link.

An article on the street-naming ceremony for Alex Polowin Avenue was published on page 3 of the January 22, 2018 edition of the Ottawa Jewish Bulletin available at this link.

More information on Veterans Affairs Canada’s efforts to mark the 75th anniversaries of the Liberation of The Netherlands and V-E Day is available at this link.

Photo 3: Ottawa City Councillor Jan Harder presents a framed citation to Alex Polowin at the street-naming ceremony in his honour, November 30, 2017, on Alex Polowin Avenue in the Barrhaven area.