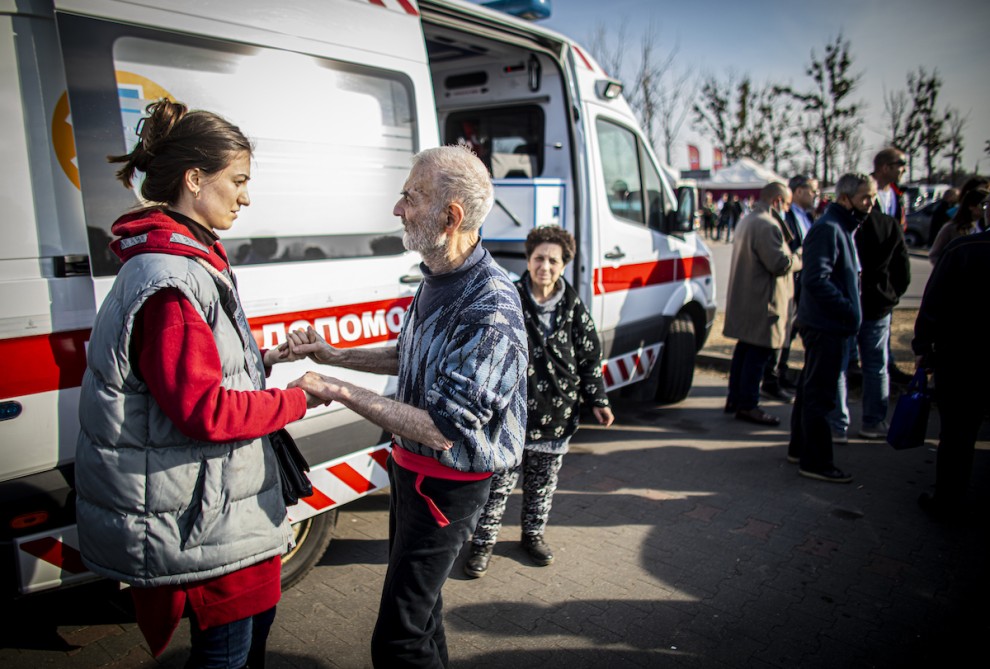 Intensive fighting continues between Russia and Ukraine, while millions of Ukrainians, including tens of thousands of Jews, are still attempting to flee the country.

In just three weeks since the fighting began, with the support of generous donors in Ottawa and across North America, our network of Jewish Federations have raised more than $34.5 million for Ukrainian relief efforts. Most of that money has already been allocated by the Jewish Federation of North America’s (JFNA) Special Allocations Committee to Ukrainian relief efforts being undertaken by Federation partners The Jewish Agency for Israel and The American Jewish Joint Distribution Committee (JDC).

A JFNA delegation also completed a visit to Poland last week where they visited Jewish refugee centres across the country, as well as the Medyka border connecting Ukraine and Poland. The group spent time with potential Olim at the Jewish Agency housing facility and visited a refugee centre in Lublin. The centre is located in Yeshivat Chachmei Lublin, which was the largest (and one of the most revered) yeshivot in the world before the Holocaust. The synagogue at the site still exists, and JFNA CEO Eric Fingerhut led morning prayers in the famous room. Learn more here.

To help understand the efforts underway to support our brothers and sisters in Ukraine, here is a look at the numbers (accurate as of March 20, 2022):

The Jewish Agency for Israel’s Director General Amira Ahronoviz said that the organization is “saving a life every minute,” following her trip to the Ukrainian border. See her reflections and update.

Some numbers from the Jewish Agency since the outbreak of the fighting:

Donate: While continuing to support the vital efforts in Ukraine, new donations via the Jewish Federation of Ottawa from this point forward will also help resettle Jews from the region who have been impacted by the conflict and are seeking to build a new life in Canada.