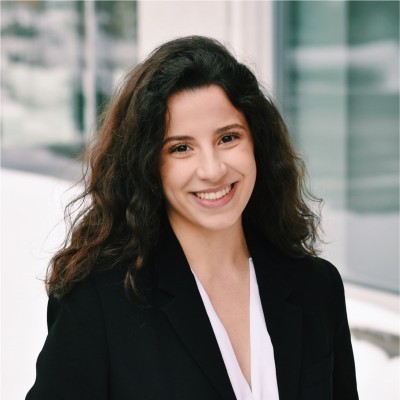 This Yom HaShoah, the Jewish community and broader Ottawa community are invited to join in- person or via livestream, for an intergenerational commemoration held for the first time at the National Holocaust Memorial.

The service will take place on April 28 at 11 am and will honour and remember the six million Jews who perished in the Holocaust.

“Teaching about the Holocaust is a cause that is very close to my heart,” said Anne Khazzam, who is among the speakers at the event. “As a former March of the Living participant, I visited several concentration camps in Poland, and have had the chance to befriend many Holocaust survivors. They have taught me so many valuable lessons on gratitude, strength, and resilience, which I am constantly incorporating into my daily life. I value the power that words can bring, and am honoured to have the ability to share my thoughts with my community.”

Khazzam’s message will include the importance of never forgetting the events of the Holocaust, and the rise of antisemitism in the world, while also mention the atrocities occurring in Ukraine.

“These are proof that the world still has much to learn,” said Khazzam about what’s happening in Ukraine. “I want a powerful message that sticks in the memories of those who will listen, and feel a stronger need to stand up for the Jewish people, and be more aware of the recent tragic history of the Holocaust.”

“Last week’s federal budget forwarded by the Liberal Party made Holocaust denial a crime in Canada, and offered funding to the office of the Special Envoy on Preserving Holocaust Remembrance and Combatting Antisemitism in Canada,” said Read. “While there is much to do in terms of furthering the need for Holocaust education, this commemoration, which is intentionally intergenerational, reminds us of the importance of remembering those who were murdered in the Holocaust, and passing the legacy and lessons of the Shoah onto to the next generation.”

Khazzam hopes listeners leave the event with a feeling of hope — but also a feeling of the gravity of the Holocaust.

“It should not be a light event, but it should also have a hopeful overall message,” she said. “I want to give people the confidence they can make a difference in the world, especially in the issues that will be brought up at the event.”

The program, which promises to be very moving,  will feature local Holocaust survivors; Michael Levitt, of the Simon Wiesenthal Centre; Shimon Fogel president and CEO of CIJA; representatives from the Embassy of Israel in Canada; Elder Claudette Commanda; Ian Sherman, Chair of the Board of Federation; various ambassadors and dignitaries; the Tamir choir; a representative of March of the Living (MOL); as well as students from both Jewish day schools.

The event will be followed by an optional viewing of Yad VaShem’s exhibition Shoah: How was it Humanly Possible, on display at the Canadian War Museum, (across from the monument), which will be free and accessible to the public throughout the day.

Free transportation from the SJCC is being provided to and from the monument. Please note registration for all guests is required.

The commemoration itself will be available via livestream for everyone who cannot attend in person.

The event is being held in partnership with the Azrieli Foundation; Canadian Heritage; the Canadian Society for Yad Vashem; The Centre for Israel and Jewish Affairs; The Embassy of Israel in Canada; the Jewish Federation of Ottawa; the National Capital Commission; and The National Holocaust Monument Committee.