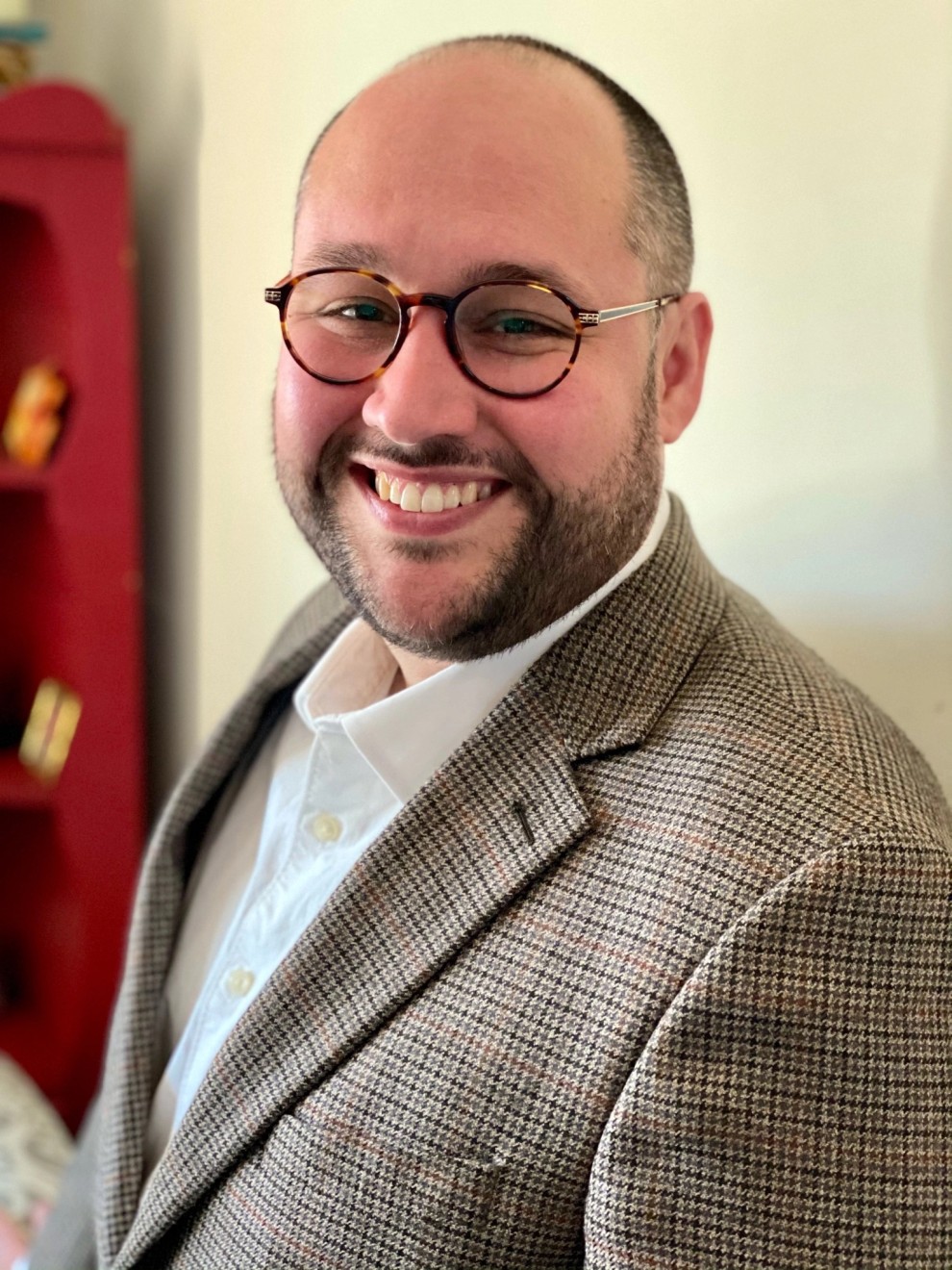 The symbol of the pink triangle was originally intended as one of shame used in Nazi Germany concentration camps to distinguish those imprisoned as gay men. The story of the symbol, LGBTQ+ survivors, and the “forgotten” victims of the Holocaust is told in Dr. Jake Newsome’s new book, Pink Triangle Legacies.

The book took 10 years to write and began as Newsome’s university dissertation.

“As a college student, I became interested in Holocaust history. I’d not studied it in high school and didn’t really have any family connection to the history, so when I took my first Holocaust history course, it was all brand new to me,” he said.

“On the one hand, I was shocked I hadn’t heard about it before, but also really motivated to learn as much as I could and understand this chapter in history. I took every course that my university had to offer on Nazi Germany, the Holocaust, and the Second World War.”

At the same time, Newsome was in the process of coming out and figuring out his own identity as a gay man. He realized that in all of his courses, there was nothing written about the LGBTQ+ population.

“I wanted to know what would have happened to people like me during the Holocaust,” said Newsome. “How, in 2009, could I study four years of Holocaust history and not learn about the LGBTQ+ community? It was a personal project that morphed into this book.”

Newsome discovered that the LGBTQ+ community was a “forgotten” victim group of the Nazi regime — being gay was so taboo that no one talked about it, so historians couldn’t write about it.

“I went into the archives with that kind of mindset, that I wouldn’t find anything, but I actually found mountains of material,” he said, adding that the best information was in local, grassroots, and volunteer-run archives instead of large state institutions.

“Then I had the opposite problem of how do I make sense of all of this? Unlike the big archives, a lot of this material wasn’t organized or labeled, it was just a big stack of boxes,” said Newsome.

The book ended up being completely different from what Newsome planned to write. When he first envisioned the project, it was about LGBTQ+ people in Nazi Germany in 1943 and 1944. Ultimately, the book’s content spans two continents and 100 years of history.

“One of the things that shook me was finding documentation of a gay survivor who wrote an application to be recognized as an official victim of the Nazis. At that time the Allied government rejected his claim. I found out that his story wasn’t a fluke, it was the rule. That shifted my thinking about the project,” said Newsome. “That survivor, Bruno Bouchard, tried to talk about it and tell his story, but people in the government continually silenced him and destroyed the material. It was this intentional process of silencing LGBTQ victims. They were considered common criminals.”

Newsome said he had no idea how relevant his work would be today.

“We’re facing all these debates now about censorship, what’s appropriate for the classroom… even though my book focuses on the history of a particular group, it has lessons and relevance for all of society. One of those lessons is the dangers of historical silencing, of trying to keep a particular history out of the mainstream,” he said.

And after 10 years of work, Newsome said it’s “surreal” to have his book out in the world now.

Next, Newsome is working on creating educational resources to accompany the book or to be used as standalone materials in the classroom, including handouts and YouTube videos.

“I want to continue expanding on this work to make this history as accessible and educational as possible to a wide range of educators and students.”

On November 16, join an online author talk with Newsome presented by the Shoah Committee of the Jewish Federation of Ottawa, in partnership with the Greenberg Families Libary as part of  Holocaust Education Month. Register here.