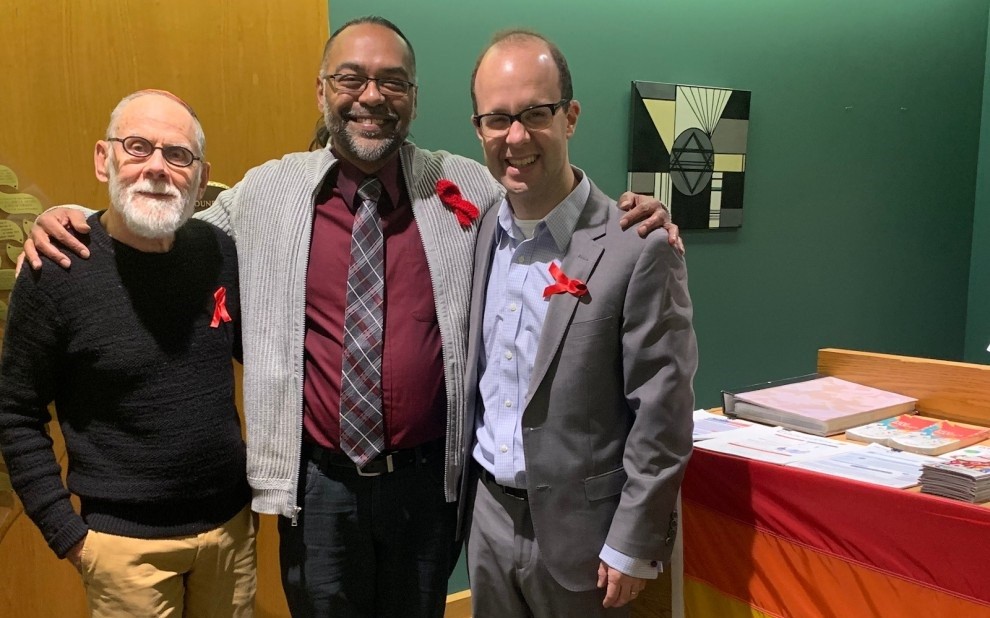 In 2021, Temple Israel created an Anti-Racism Task Force to respond to the rise of racial injustice faced by Black communities, and to strengthen their ability as a congregation to provide safe and inclusive spaces for Jews of colour.

Concerned about all forms of racial injustice and focused on anti-Black racism for an 18-month pilot phase, the Task Force seeks to support Temple Israel’s efforts to build a welcoming and inclusive congregation.

“There was attention drawn to the need for this in the wake of the ongoing racial injustices over the last several years,” said Miriam Burke, Temple Israel president (Burke was vice-president when the Task Force was created).

“Some of our congregants were reflecting on our actions and how we could better support Jews of colour and people of colour,” said Burke. “We think of and promote ourselves as an inclusive and welcoming congregation. How can we make all our congregants feel welcome?”

The Task Force is just one part of the answer, but so far, its work has been well-received. To date, they have organized a virtual tour of Uncle Tom’s Cabin to raise awareness about both historical and present-day racism.

“The Task Force has done some internal framing and a town hall on implicit bias,” said Burke. “We speak at leadership tables and they’re planning a book talk this spring.”

Robyn Aaron, the congregant who leads the Task Force, also brought a team to speak at a Temple Israel retreat. In addition, the team has made efforts to support the entire Jewish community by sharing information about resources and training through Temple Israel’s weekly e-newsletters and with discussions with the Jewish Federation of Ottawa about racial justice and anti-Black racism in Ottawa.

“Robyn and her team have done amazing work (making the) Task Force a Temple priority,” said Burke, adding they want to guarantee that all members “feel comfortable and welcomed.”

The dream is that the Task Force will work itself into being obsolete and not necessary.

“But until that day comes there’s always work to be done,” said Burke. “We should always be checking ourselves and being sure that we’re fulfilling our expectations of being inclusive.”

The Task Force’s work is guided by the Union for Reform Judaism’s Racial Justice Campaign, which seeks to “fight the structural racism that is embedded in our society and to advance justice for all people.”

Anyone can be involved even if they’re not a member of the Temple Israel congregation. Contact them through https://templeisraelottawa.ca/contact/.

Meanwhile, another way we strive for inclusivity in our community is with Black History Month. This February, the Jewish Federation of Ottawa is celebrating the racial diversity that exists within the Jewish community through a selection of films available for viewing throughout the month.