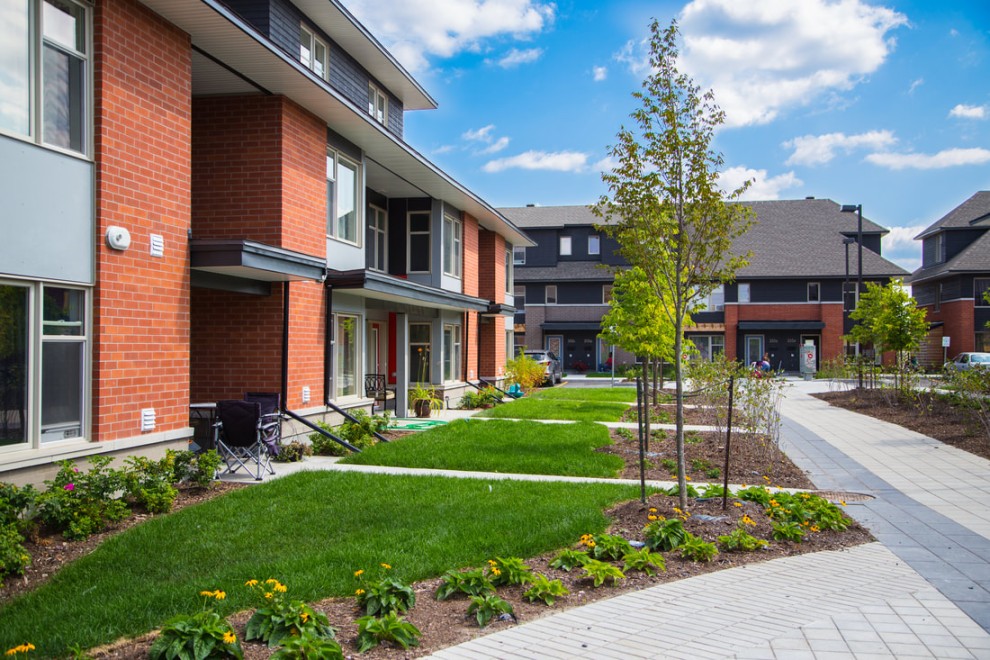 Photo: The Haven community, one of Levine's projects at the Multifaith Housing Initiative

Most of Barbara Levine’s career was spent in international development and relations — now she’s “special kind” of property developer, volunteering with the Multifaith Housing Initiative, a program that builds affordable housing to fix Ottawa’s housing crisis.

Levine is a former MHI board member and the current chair of the development committee — no, not the committee in charge of fundraising.

“We’re actually developers, developing housing for people who are currently precariously housed,” said Levine. “We identify opportunities, find partners and financing … We guide these projects, which are essentially small communities, through concept to design to building to rent up. We see it all the way through.”

MHI, established in 2002, is a coalition of faith groups, including non-faith groups, as well as local businesses, civic organizations, and government entities at all levels, which all work together to build and house communities.

“Joining MHI was kind of happenstance,” explained Levine. “I’d heard about the organization and someone I knew who was active in community development described it to me as one of the only genuine learning organizations he had encountered. As I was about to retire, I was tempted to get involved by another Jewish volunteer and was delighted to have the opportunity.”

Now Levine’s been involved for about 10 years, having been involved with working toward affordable housing since “before most people understood there was a housing crisis.”

MHI has up to five sites, which Levine describes as full-fledged communities. She worked closely on the Barhaven site, “Haven,” which has 98 units and houses more than 300 people.

“We’re able to provide rents that are below 50 per cent of their income,” said Levine. “It makes a big difference. We offer permanent and safe housing … that’s really important for people to understand.

Haven is minutes from public transit, walking distance to four schools and close to a lot of green space — all elements Levine says work together to create the neighbourhood effect.

“It was built to be a community, offering residents opportunities to cross paths,” said Levine. “There’s a community garden, a playground … it was designed so people would almost have to bump into their neighbours.”

As Levine puts it, MHI is committed to providing not just housing, but a home to people. “We want them to be proud to live here.”

Her work with MHI has been very rewarding.

“It’s probably helped me appreciate my own background as a Jew, because I think we often find ourselves in the position of looking for commonality. What is it that brings us together?” said Levine. “We try to translate values and faith principles into tikkun olum - making the world better.”

Levine said while the different faiths and organizations involved with MHI may have different holidays and traditions, but “ultimately all of our faith traditions speak to what are core values to me as a Jew, like caring for your neighbour.”

Referencing the exhortation in Isaiah to “take the poor into your homes.” Levine said her work with MHI has made her “a bit more aware of what our faith calls us to do.”

And while she loves her volunteer work, Levine does look forward to being a less active supporter, understanding that organizations need new, younger, and more diverse volunteers to keep moving forward. She is proud of the work that MHI does and knows that it would be rewarding for others to participate as volunteers, donors, or both. To learn more about MHI, visit multifaithousing.ca.