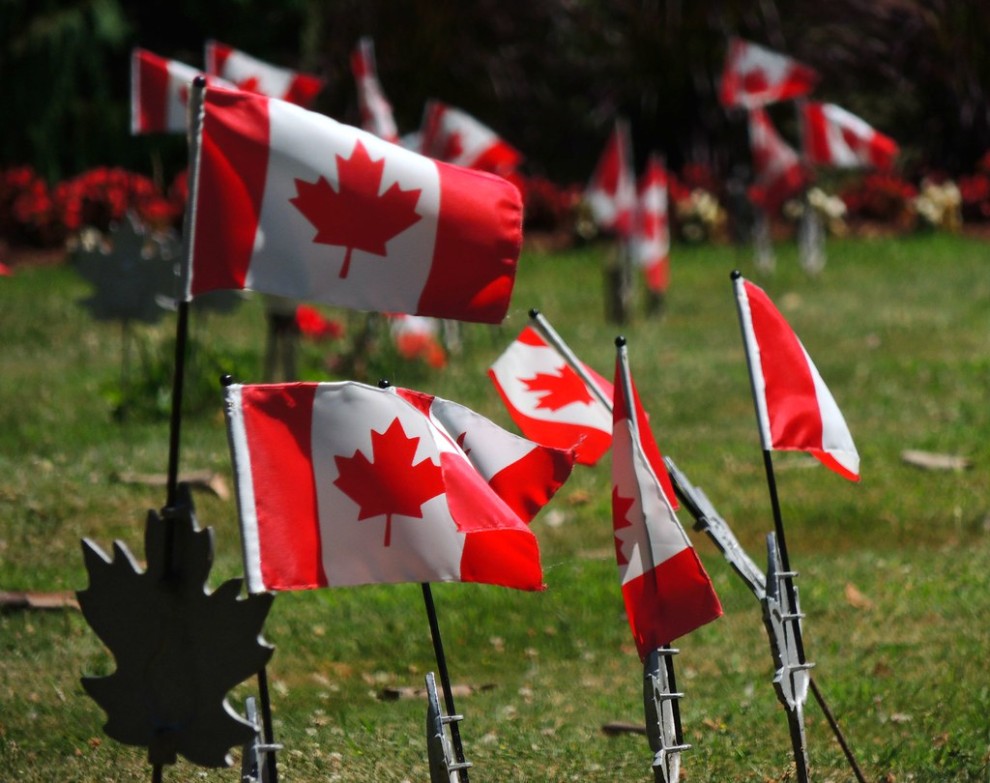 Fifty students from the Ottawa Jewish Community School are taking part in a mitzvah project to honour veterans in time for Remembrance Day by putting flags on veterans’ graves at the Jewish Memorial Gardens (JMG).

The cemetery has been putting flags on the graves for a number of years, usually with the help of volunteers or board members, but this is the first time the students will be involved in this memorial project to honour the Jewish Ottawans who fought for our country.

Two years ago, the cemetery unveiled a special plaque commemorating members of Ottawa's Jewish community who served in the First and Second World War, as well as the Korean War. It is inscribed with 719 names — the number of Ottawa-area Jews who fought for Canada during some of the 20th century's most violent conflicts. Visiting the cemetery and placing flags allows the students to learn about this important legacy and the bravery and selflessness of so many people.

“It’s a chance for them to learn a bit about the soldiers,” said JMG co-chair John Diener. “This is something that the community can be proud of and the next generation needs to know that.”

Diener has turned the volunteer activity, which is part of a series of mitzvah trips the students are taking this year, into an educational experience.

“Getting the kids out to the cemetery can open a discussion about Jewish burial processes. I’ll be preparing some things to chat with them about, pull out biographies about some of the soldiers, and talk about the history of the cemetery in Ottawa.”

“I’m really looking forward to it, to the kids having this chance and seeing some of the other organizations in the city too,” he said.

Mike Washerstein, who teaches Jewish Studies at OJCS helped coordinate the project for the school. He hopes it really engages the students in the community and in learning Jewish values.

“Jewish studies aren’t always the class kids are looking forward to, especially if they don’t plan to take it in high school,” he said. “This program has excited them, so it’s something to look forward to.”

The flag-laying is part of the larger Mitzvah Trip program Washerstein has created, which takes students out of the classroom and allows them to interact with the community. Other Mitzvah Trips have, or will, include visits to the Bess and Moe Greenberg Family Hillel Lodge and Tamir.

“The students love the idea that they’re applying the Jewish values they’ve learned in class to real-life situations,” said Washerstein.

“It’s nice to know that we are actually using what we learn in Jewish Studies,” shared one student.

Washerstein said he’s excited to see the students give back to the community.

“And to watch them develop the various projects that we’re working on. I think it can be something that really helps students be engaged in Judaism and their Jewish values.”

The students will be at the cemetery on November 9.