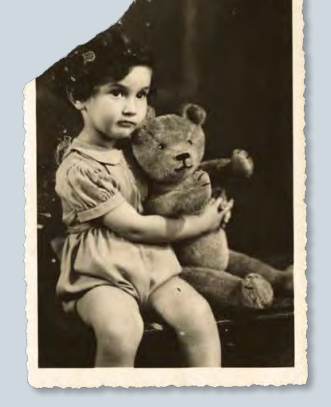 It’s hard to imagine what childhood was like for boys and girls who lived during the Holocaust and it can be even more difficult to decide how to begin to teach other children about their lives. But this is exactly what the exhibit Stars without a Heaven (Children in Holocaust), aims to do.

The Shoah Committee of the Jewish Federation of Ottawa has invited a number of local schools to participate in Holocaust Education Month this November by hosting the free experiential panel exhibit of Stars without a Heaven, which was developed by Yad Vashem. The exhibit will also be showcased at the Greenberg Families Library from November 1 - 8, and, in collaboration with The Centre for Holocaust Education and Scholarship (CHES), the exhibit will circulate in local Ottawa high schools throughout November. The community is also invited to join Yad Vashem’s virtual launch of Stars without a Heaven on Nov. 8 at 8 pm. (Register here.)

Despite their appalling situations and living conditions, children still engaged in imaginative play, sketching and writing, expressing their hope, dreams and fears. Stars Without a Heaven features 14 double-sided panels displaying a selection of these drawings, poems, letters and even toys, and offering a moving — and fascinating — window into the lives of Jewish children during the Holocaust.

Jaden Lairson, a Woodroffe High School high teacher, who has taught about the Holocaust and has hosted survivors in his classroom, is pleased his school is one of those that will be hosting the exhibit. Lairson has taught history, politics and economics for 17 years, and helps his students understand difficult topics through their own worldviews.

“We start with big lessons on hate and bullying, and then get into a more formal discussion on what the Holocaust was,” said Lairson about his approach in the classroom. “We usually watch the first part of Schindler’s List, then we have a conversation with a survivor, and then watch the rest.”

Lairson’s students then do a project he calls “Anne Frank’s World,” where they look at what life was like, lessons learned from the Second World War and look at modern genocides, like Rwanda and Cambodia.

“The kids are always asking how something so terrible can happen,” he said. “They learn to think about how we react as an international community, and our responsibility to protect.”

As an educator, Lairson believes his job is not to push his own biases on his students, but rather to let them come up with their own solutions and ideas. When learning about genocide, his students “always want to do something,” so they talk about what actions can be safely undertaken, what the mental health impacts might be and more.

Lairson is looking forward to having Stars Without a Heaven at Woodroffe because this style of exhibit “brings it to life.”

“My grandfather was a vet so I have a real connection to what we were fighting for,” he said. “For kids now, the Second World War seems more distant, so it’s about bringing it together and seeing something you can interact with. Anne Frank could have been any of the kids in my class.”

Having the exhibit will also help students develop their empathy skills — there are Syrian refugees in Lairson’s classroom, for example.

The exhibit is also going to Sir Robert Borden High School where Kenra Mroz teaches. Mroz has been a teacher for more than 20 years and is also a leader in the world of Holocaust education and works with The Centre for Holocaust Education and Scholarship (CHES).

In the Summer of 2019, Mroz travelled to Israel to do a seminar program for Holocaust educators and learned about ready-to-print exhibits that would be coming up soon. She started looking into these free, powerful exhibits, but when COVID hit, plans were derailed. A year later, Federation received a grant to assist with bringing the exhibits to a number of schools and Mroz was ready to jump into action.

“More and more when we look at our upcoming generations, the Holocaust is fading into the background and there isn’t that awareness. This is something from which we will continue to learn,” said Mroz.

Mroz, who is currently teaching English and Social Justice, says Holocaust education is always well-received as an eye-opening opportunity.

“I do find that no matter what course it is, people respond really well to the lessons of Holocaust history and legacy. That’s why I keep doing it. …The students, no matter their background, can always see the connections to things happening today. They often come and say thank you, they had no idea what this was all about.”

Mroz is also working with the Ottawa Carleton District School Board to bring Stars Without a Heaven and similar exhibits into more schools. She believes it’s our responsibility to not only make sure students are learning about these atrocities, but learning in a responsible way.

“We’re very fortunate in our younger generations in that they do have more access to what’s going on in the world and in the community. But there’s a responsibility there on everybody’s behalf to make sure things that people are absorbing are being done in a manner that will best help them to be well-rounded good citizens.”

Part of that responsible learning is making sure students are prepared to receive the hard and heavy information that comes with learning about the Holocaust.

“We learned the principle of safely in and safely out. Students need to be given time and proper background information to process, and certainty as educators we have an obligation to look into what is age-appropriate in conjunction with the school board,” she said, adding that parents should be part of the conversation.

The exhibit can also be made available to area schools upon request throughout the year. Please contact Anne Read at aread@jewishottawa.com for information on borrowing the exhibit. 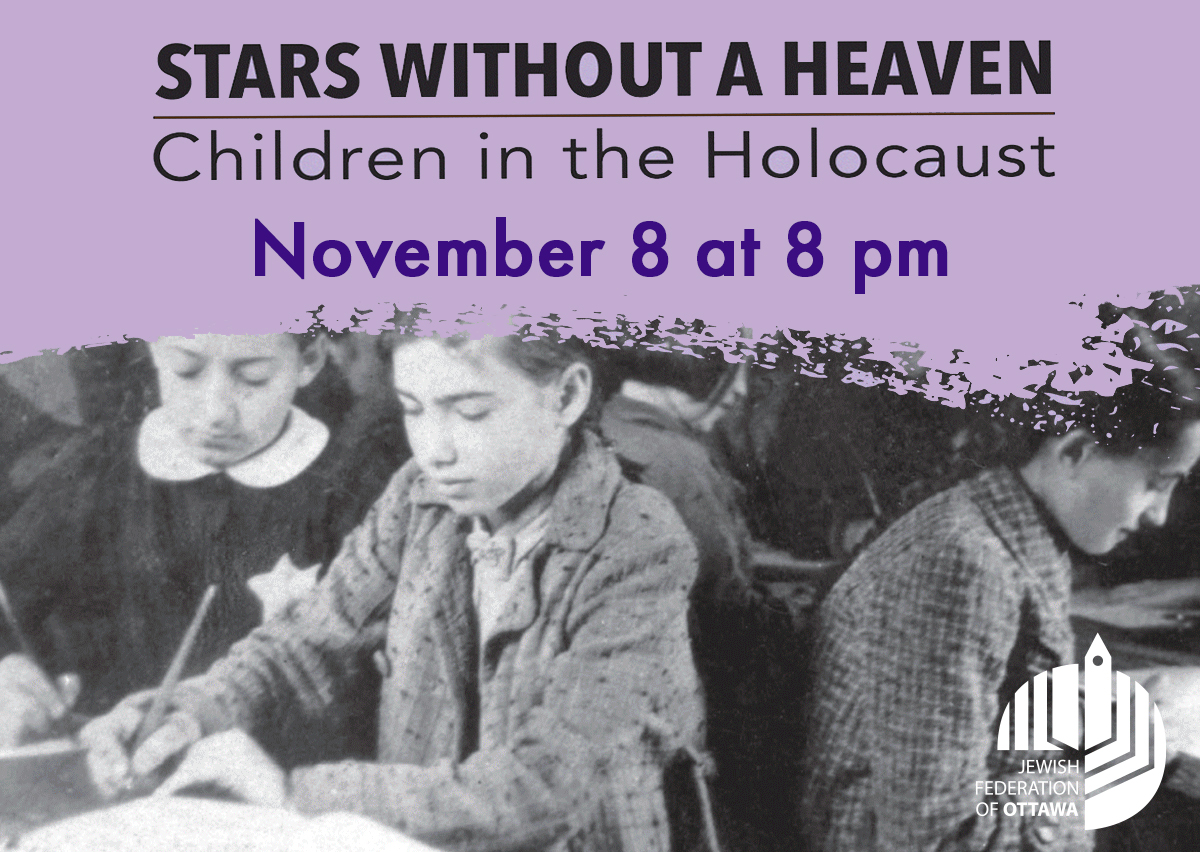