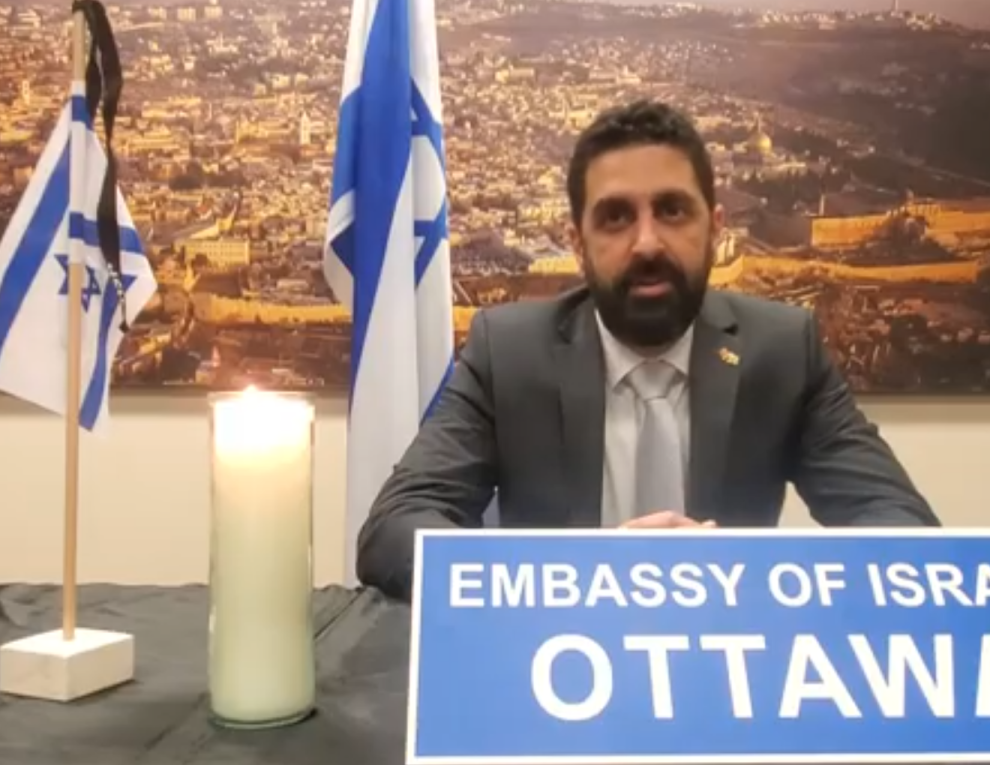 In lieu of being able to hold its traditional Yom Hazikaron ceremony marking Israel’s Memorial Day for fallen soldiers and victims of terrorism, the Soloway Jewish Community Centre has posted several brief videos on its website meant to comprise a virtual observance of the occasion. Yom Hazikaron this year begins this evening (April 27) at sunset and continues until sunset tomorrow when Yom Ha’Atzmaut will begin.

The videos include messages about Yom Hazikaron from Ohad Nakash Kaynar, deputy chief of mission at the Embassy of Israel in Ottawa, from Jonathan Freedman, a lieutenant-colonel (Reserves) in the Israel Defense Forces (IDF) and a past chair of the Jewish Federation of Ottawa, and from Rabbi Idan Scher of Congregation Machzikei Hadas. As well, there is a video of Colonel Amos Nachmani, Israel’s defence attaché to Canada, reading the IDF order of the day for Yom Hazikaron.

There are also three poignant videos from Israel including “The Gates of Heaven,” an animation based on a story by Rachel Shelley Glick, that portrays her reaction to the death of her son, IDF pilot Yuval Glick, who died when his plane crashed in the Sea of Galilee. The video is set to a touching song, “Until the Next Time” by Ehud Banai. The other videos are “500 Letters: In Memory of Idan Kobi,” in which Kobi’s mother reflects on how she coped with the death of her son in the Second Lebanon War, and “Memories of Those We Lost,” in which family members of a fallen soldier imagine the spirit of his presence at milestone events.

Photo: Ohad Nakash Kaynar, deputy chief of mission at the Embassy of Israel in Ottawa, delivers a Yom Hazikaron message via video.