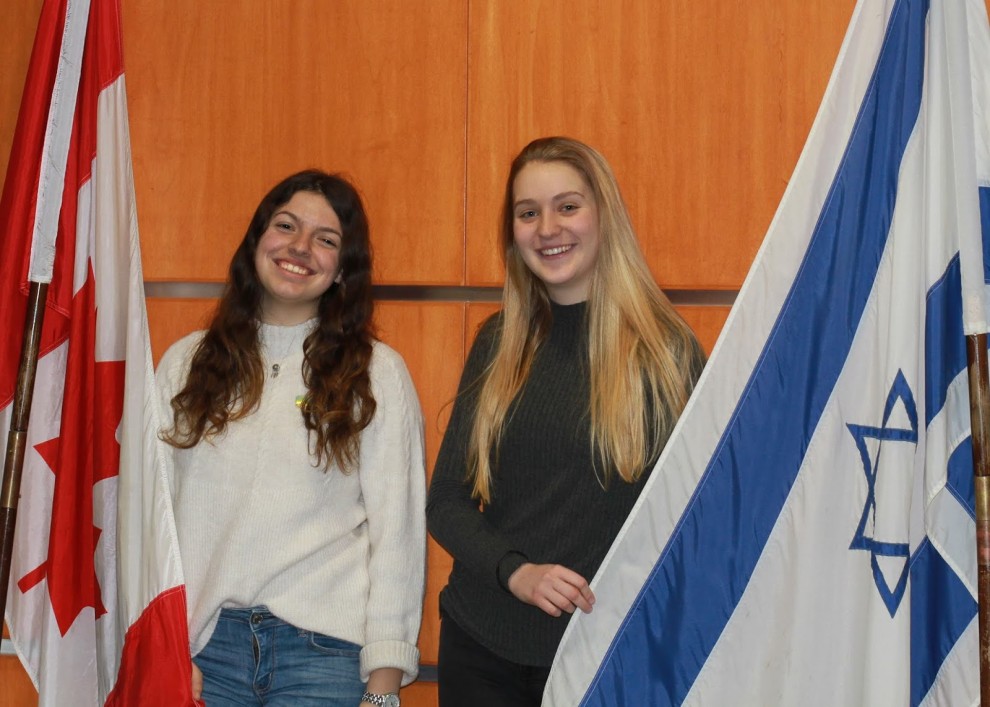 Leaving behind friends, family, and better weather, Hila Beldoch and Snir Dachboach began their year of voluntary service, as the Jewish Federation of Ottawa’s newest shinshinim. The shinshinim program sends recent Israeli high school graduates – on a gap year before entering the Israel Defense Forces – to serve in Diaspora communities.

Unfortunately, due to a back injury, Snir returned home to Israel in October.

In his absence, Shai Sagi, who is from Ramot HaShavim in central Israel, stepped up to the plate as Ottawa’s newest shinshin. She arrived here on November 24.

Since 2016, the Federation’s Shinshinim program has operated with the goal of building a gesher chai (living bridge) between Israel and Ottawa’s Jewish community.

“Here it is harder to be Jewish,” said Shai. “I think you have to do more things to feel Jewish than you need to do in Israel.”

That feeling is shared by both shinshinim.

“They need to decide every day to be a Jewish person, to have a Jewish life,” said Hila. “And here I think they have more appreciation than us. They have to put more money in, they have to learn more, drive further away to the kosher grocery. It’s way harder.”

Despite many differences between Israel and the Diaspora, the shinshinim are pleasantly surprised with the level of cultural and historical knowledge held by the Ottawa Jewish community.

“The topic this week was Israeli inventions and even kindergarten kids knew a lot,” said Shai.  “It’s so incredible to hear that people here know so much about Israel.”

This feeling of connection is particularly inspiring to Hila. She is excited to return home to tell her community of Ottawa’s bond to Israel.

“It’s important to bring kids and communities the feeling that they’re not alone,” Hila said. “It’s good to have partners.”

Both shinshinim said that coming to Ottawa was part of their desire to build better global connections for the future.

“When I go back maybe I’ll think about how, from the Israeli side, we can do more,” said Shai.  “The connection right now, I feel, is a bit one-sided. And it is so important that in Israel we do something to know about Jewish culture around the world.”

And while their experience hasn’t been without its challenges – most notably the weather and having to make new friends – Shai and Hila say they have learned so much by exploring a new culture and sharing their own.

“When you come here, you come as you, but you also represent your country,” said Shai. “It’s a lot of responsibility.”

“I never went to synagogue [in Israel] and now I’m there at least once a week,” said Hila. “Maybe it is something I will look for in Israel: to have my Jewish community that’s not specifically about being Israeli, it’s about being Jewish.”

Kara Goodwin, director of Community Collaboration at the Jewish Federation of Ottawa, said she is always impressed by the shinshinim.

“They care a lot about making sure that the program continues on,” said Goodwin. “They really have a mandate and a passion to teach people about Israel.”