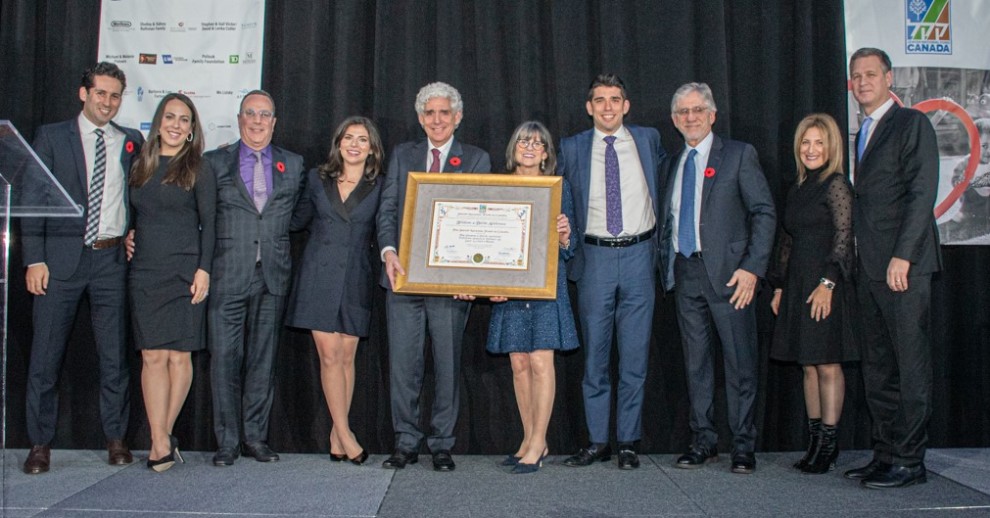 The Appotives, who have been married for 39 years, have an extensive volunteer history in Ottawa’s Jewish community.

Hartley Stern, the Negev Dinner’s honorary chair, praised Sharon and David for “continuously doing the right things to support their community” and, in reference to the dinner’s beneficiary, Save a Child’s Heart (SACH), an Israeli charity that has provided lifesaving treatment to more than 5,000 children in 61 countries suffering from congenital and rheumatic heart disease, for raising funds to support a charity that looks after “the most vulnerable population: children with sick hearts.”

Sharon currently sits on the Ottawa Jewish Community Foundation Board, is a regular volunteer with Jewish Family Services’ StreetSmarts program, Ten Yad and the Chevra Kadisha, and co-chaired the 2016-2018 Jewish Federation of Ottawa Annual Campaigns.

David, co-owner of Howard Fine Jewellers and Dahavland Capital Corporation, volunteers with the Ottawa Vaad HaKashrut and Congregation Machzikei Hadas and has served on the boards of the Jewish Federation of Ottawa, the Ottawa Jewish Community School, Hillel Ottawa and Camp B’nai Brith Ottawa.

SACH will use funds raised at the Negev Dinner to support the construction of the International Pediatric Cardiac Center at the Wolfson Medical Centre (WMC) in Holon, which will serve as a children’s hospital.

Following a short video about SACH, Dr. Ahmad Zarour, a cardiac surgeon from the West Bank, spoke to the audience about his involvement with the organization and the need for a new children’s hospital.

Zarour, who has travelled on more than 50 missions with SACH and is currently enrolled in their seven-year training program, said the facility would be one of the largest cardiac surgery and treatment facilities in the Middle East, and would “allow children of different religions, backgrounds and cultures to receive the best care possible.”

Sharon Appotive said that with so many worthy causes “competing for our finite time, energy and dollars” the couple was “beyond appreciative” that the dinner attendees chose to support SACH.

“Children are our everything. They are our heart and soul, and we shower them with boundless love and opportunities. What would life be like if we had a child in need of cardiac surgery without the hospitals, doctors, nurses and support to save them?” she asked.

“Tonight, because of JNF, Save a Child’s Heart, and all of you, we have more hope and are able to give a little bit more of our hearts,” Sharon said. “Tonight is about the heart of our family, the heart of community and the heart of Israel.”

David Appotive said the couple’s involvement with the “extraordinary organization” began with their 2013 trip to Israel, when they visited the WMC and witnessed the “unrelenting human kindness” the doctors and nurses of SACH provided to children. The couple visited the facility again in 2018 because, he said, “we were smitten with this hospital.”

“Combining our strong love and desire to support children and the state of Israel, alongside our family’s history with heart disease, there was no second guessing ourselves. Save a Child’s Heart would be our JNF project,” David said.

David quoted Israel’s first prime minister, David Ben-Gurion, who said, “In Israel, in order to be a realist, you must believe in miracles.”

David Appotive said there is no better example of a miracle than saving a child’s heart. 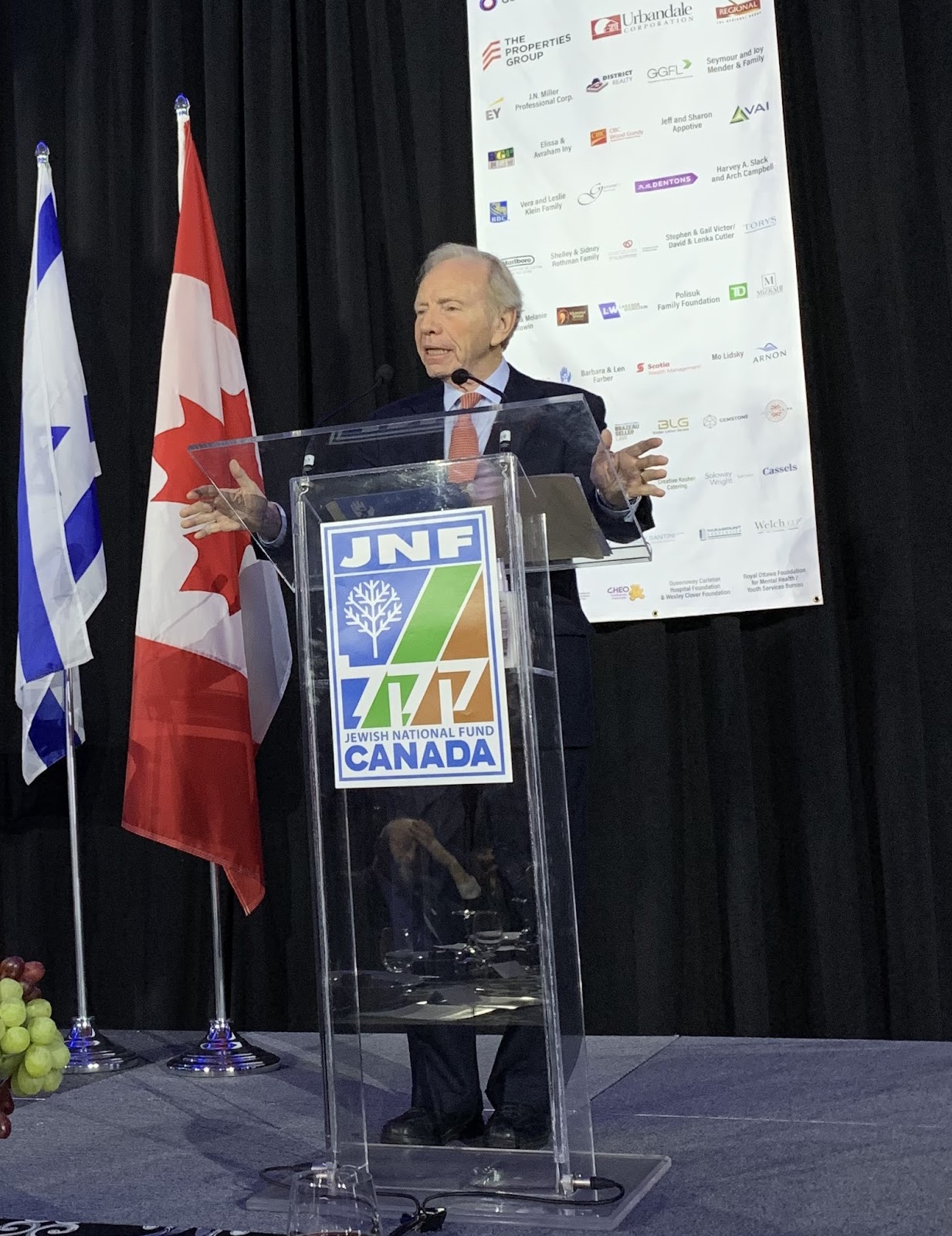 Former U.S. senator Joseph Lieberman, speaking at the Negev Dinner, said Israel is a “glowing, aspirational role model” for Jews around the world.

Lieberman spoke at length about Theodor Herzl, the founding father of modern Zionism, who organized the First Zionist Congress in 1901, the same year the JNF was founded.

Lieberman said he sees the state of Israel as not just a place of refuge and sanctuary in times of trouble, but as a “glowing, aspirational role model” for Jews around the world who had previously felt the need to keep a low profile. Lieberman said while the U.S.-Israel partnership continues to receive strong support in opinion polls, support for Israel in the United States is diminishing among segments of the Democratic Party and among young people. These challenges to Israel, he said, need to be “taken on directly,” and the changing attitudes towards the Jewish State “must be taken seriously by all who care about Israel and the U.S.-Israel relationship.”